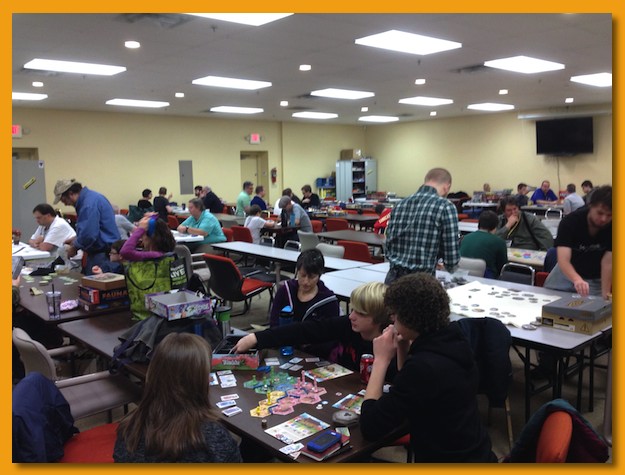 Lisa and I meet up once a year with a friend and her son at the Columbus Area Boardgaming Society’s After Turkey Data gaming festivities. This year we arrived around 10am and played straight through until about 9:30pm breaking only for a quick lunch and a light dinner from one of the food trucks that sat outside the gaming area.

It’s normally a well-attended celebration, 125-150 gamers playing shoulder to shoulder. This year, however, there was a noticeably smaller number of gamers. CABS has been going through some transitional changes to their organizational structure, increased yearly fees, etc. that I suspect are contributing factors. However, it’s most likely an over-simplification to attribute the drop to any one specific cause.

We did, however, play the following games: 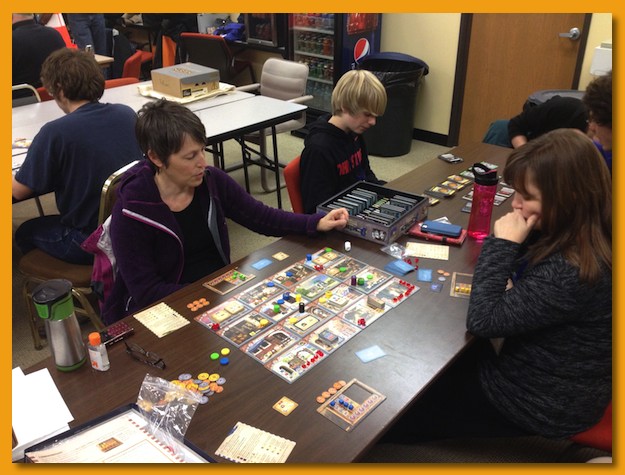 This was Lisa’s first play of Istanbul and she liked it. Our friend really liked it commenting that there felt like many way to earn points (gems), there was always a Plan B or Plan C, and that it played so fast it always felt like it was your turn. All good points you want in a game! 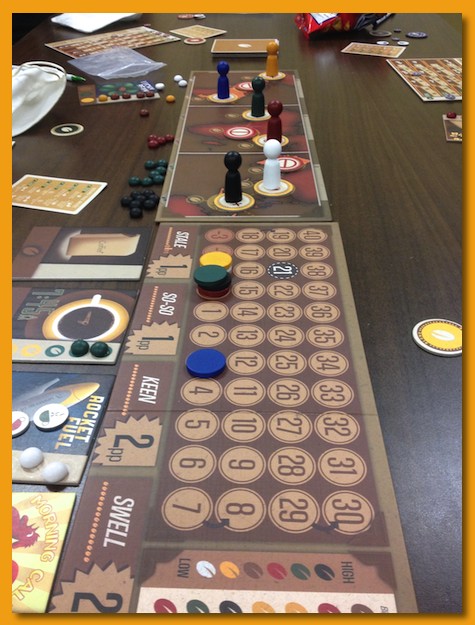 We got the whole group together and played Viva Java: The Coffee Game for 6 but it felt like there we’re enough blend tiles in the box. The game felt much shorter than what it had felt like in the past but maybe I’m just getting used to how to play it without such a long ramp up time for explanation. 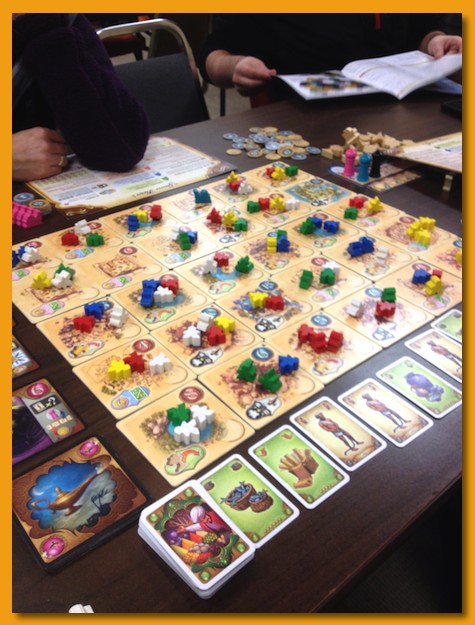 I taught Lisa and our friend Five Tribes and they both really like that (Lisa especially since she won handily!). I had never read the rules and only played after being taught the game once at Great Lakes Games. I can think of about three rules we played wrong at GLG and playing correctly, I think it’s a better game 🙂 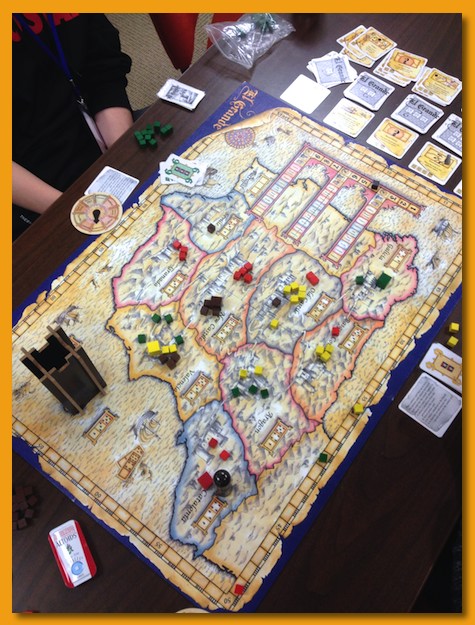 We finished the night off with a classic, El Grande. We started with five for the rules explanation but we lost one before we could start but it’s still good with four. I think it ran a little long as the AP started kicking in near the end. All in all, it’s a really good game to return to once in a while.