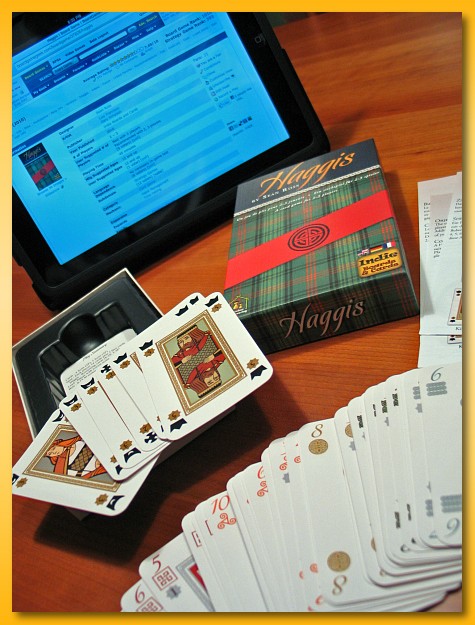 My pre-Essen copy of Haggis arrived today as signed copy 247/400 of the 2nd printing. I’ve been playing the game from the online rules using a “Rage” deck but I’m so glad to be using the real game now. Haggis is quickly becoming my go to game for my wife and me. It’s strange to think that a trick taking game in the same family at Tichu would work for two players but it’s surprisingly good. The game is packaged in a very small box but given there are only 54 cards and some rules it doesn’t take much to hold it all together. I greatly appreciate the small box making me opt to throw it in a travel bag whenever I go anywhere. Great game and looking forward to a lot of plays of this one.

BGF 2010 has, sadly, come to a close. Although I was only able to spend a couple of nights at the convention, I was able to get in a large amount of gaming with good friends. If I’m not mistaken, this was one of the most attended, if not the most attended BGF to date with about 400 people attending the 4 day affair.

I’m a card carrying cult of the new gamer and I love to teach and/or play games I’ve never played before and this convention was no exception. What follows is the short list of games I can now tick-off my list: 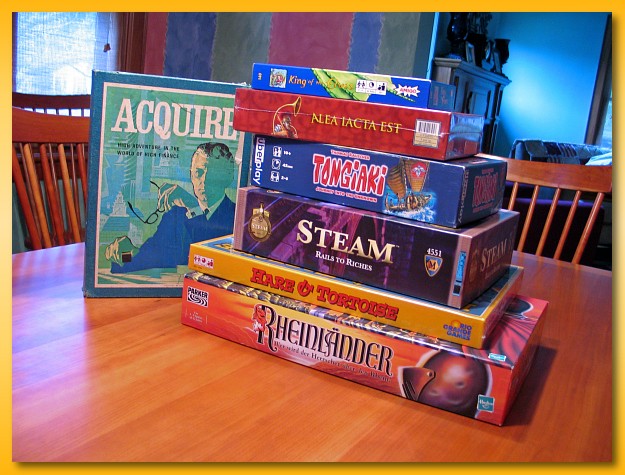 I also participated in the annual BGF Math trade, got a free game (Hare & Tortoise), and bought a used copy of Rheinlander (Parker/Hasbro German version).