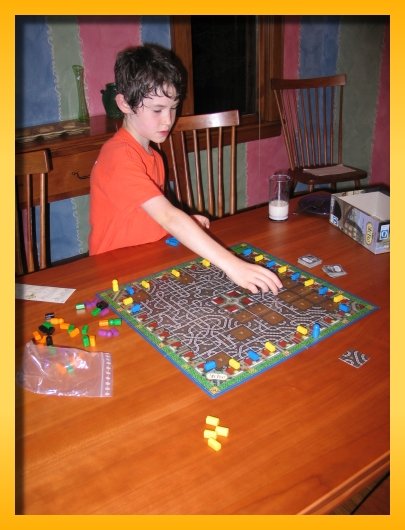 Noah and I had our weekly ‘Game Night’ while Sophie and Lisa were off at piano practice. Noah decided on a quick game of Metro so that we could get that over with and get to my nightly aural reading of The Keys to the Kingdom – Mister Monday by Garth Nix that he and I started a few nights ago.

Metro is one of many simple “Gateway” games. Gateways are simple Eurogames that can be used to introduce non-Eurogamers to the boardgaming hobby. They usually have the feel of many of the more complex (and more interesting) Euros but without the length or complexity of play. When new gamers play them, they get used to the water without getting too wet. 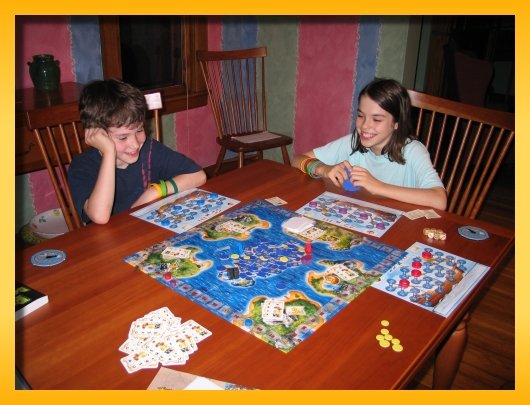 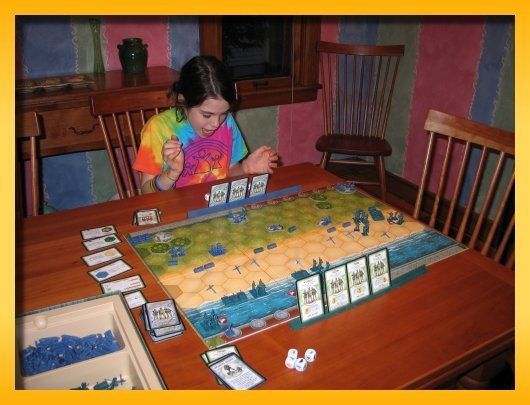 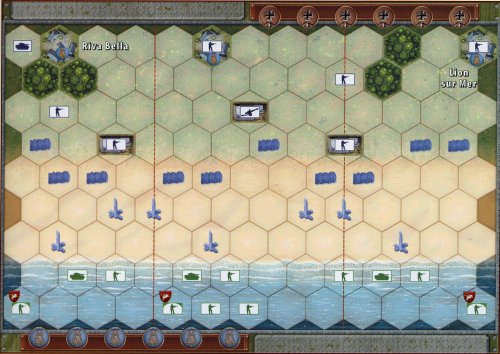 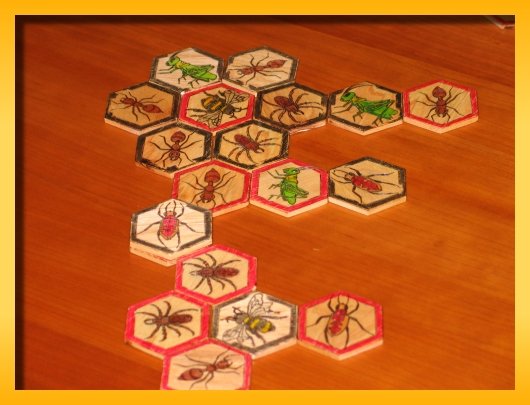 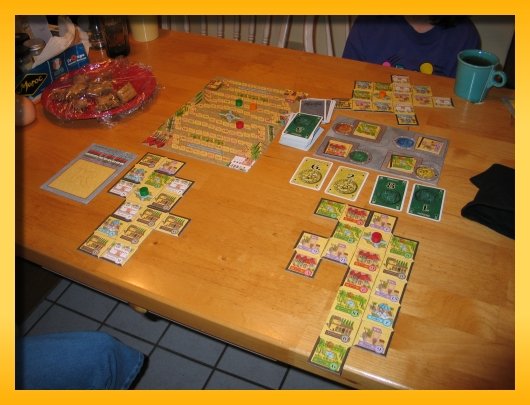 Noah and I finished up our M44 – Toulon Scenario tonight and he crushed me. After that Sophie wanted to play Alhambra so Lisa, Sophie and I got in two scoring rounds before it got too late (school night). There were only about 7 or 8 buildings left in the bag so it was very close to a complete game.

Noah didn’t want to play. He was too busy researching Bigfoot and the Loch Ness Monster for a report he was doing for the Gifted and Talented program at school. 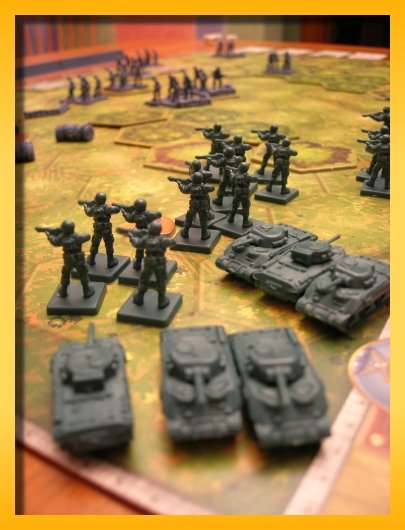 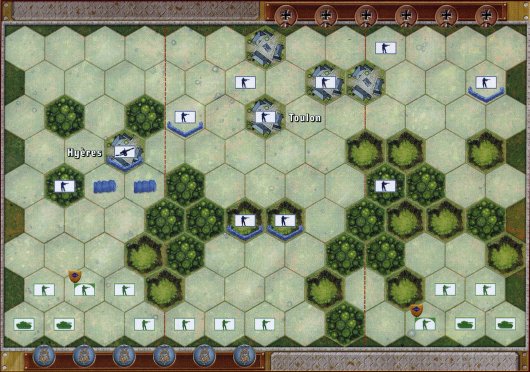 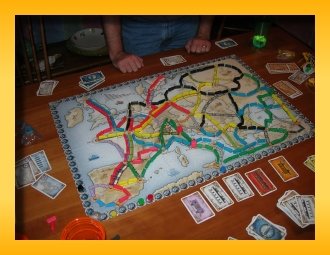 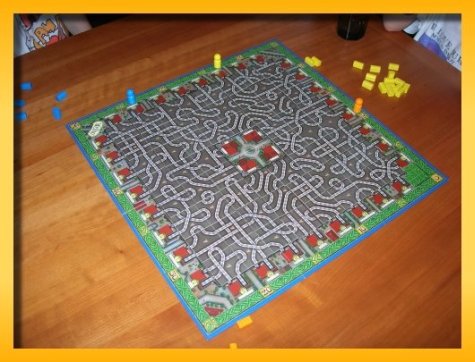 Lisa was at a parent orientation for the preschool she teaches at so the kids and I played Noah’s choice this time: Metro a light tile-laying game.

In Metro, each player is attempting to create a long subway/metro track in front of their colored cars to connect each car to a station. The more tiles your track covers the more points you get. If you connect to a station in the middle of the board, you double your points.

Each track tile contains a spaghetti mess of eight tracks that when laid connect all eight tracks that can possibly reach that tile (no tile is unplayable). Track tiles curve the track [tight] left, [tight] right, straight, or sometimes doubles back on the adjacent tile. At game end, all tiles are laid, all cars have been connected to some station, and points get awarded to each player for all of their cars.

Dirk Henn designed the game in addition to Alhambra; another game we really enjoy. 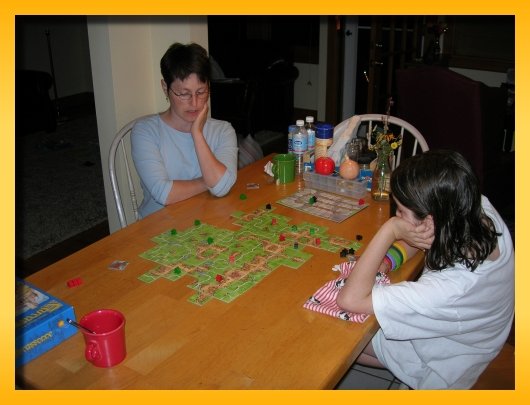 Noah was spending the night at a friends and Sophie wanted to play Carcassonne. She originally got out Carcassonne The City but then got hooked on the thought of placing “monasteries” which “the city” lacks. So we got out the ol’ original Carc with the Inns and Cathedrals Extension.

Sophie and I secured a Cathedral City for a huge score leaving Lisa in the dust. Sophie and vied for the lead but my strong position against Lisa in the farmer fields proved to be the winning edge. 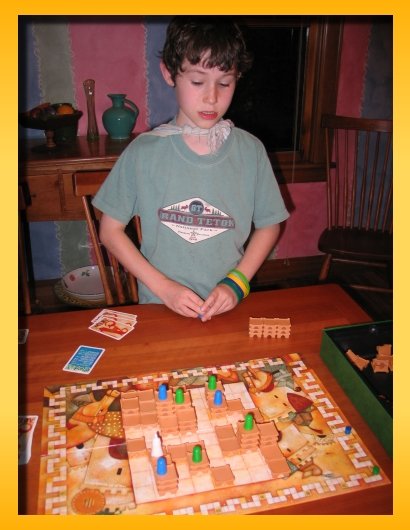