Christmas snuck up on us this year but Lisa managed to pick up a copy of Red November and Dominion for me. I’m still working through the rule set for Red November but I can’t see how working together to help a bunch of drunken gnomes fix problems on a submarine where all kinds of horrible things are going wrong could be bad! I was very surprised at the size of the Dominion box. The box is as big as Mission: Red Planet but it strictly a card game. 500 cards yes…but still…why the big box?

Well…it appears that either Santa made a mistake or he just realized how good of a person I really was over the last 12 months. In any case, another package arrived containing both Hamburgum but also Tempus. Yahoo!!!! Thanks BGG Secret Santa!

Well…it looks like I’ve been caught being bad a few too many times. My BGG Secret Santa gift arrived a few days ago and I got Lumps, The Elf Coal Game. 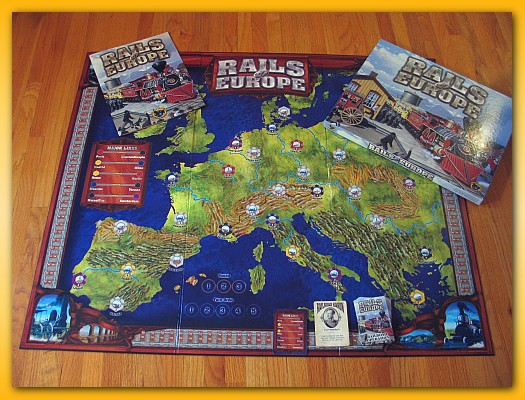 I received an email today from GameSurplus informing me that my order had shipped. I initially thought, “what order is that?” My Secret Santa gift had already shipped off to my BGG Target so what could it possibly…hold on a minute. Hold on just a cotton pickin’ minute!

Back in April I’d ordered several backordered games and after a couple of months of waiting I’d moved in-stock games off of the order and had them sent. On numerous occasions I thought of canceling the order but I really wanted the games.

Well, my horse came in and my copies of Galaxy Trucker (which has been in stock for a while now) and the real trouble maker Rails of Europe are making there way to Columbus. Yahoo!!!! I honestly thought with the revamp of the “Railroad Tycoon” line that the reprint of Rails of Europe would be scrapped but wouldn’t you know it…I’m going to get a copy. It’s still marked as backordered so I don’t know if Thor found a copy somewhere to just get my ancient order off his books. In any case, thanks GameSurplus! 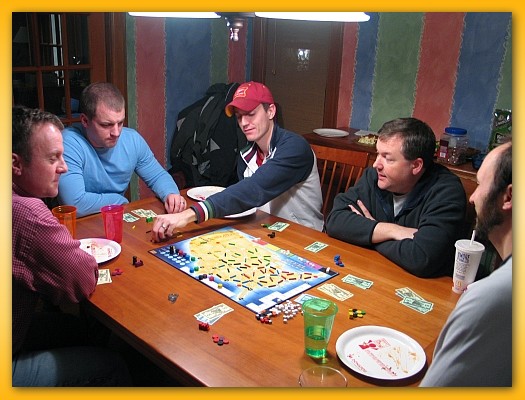 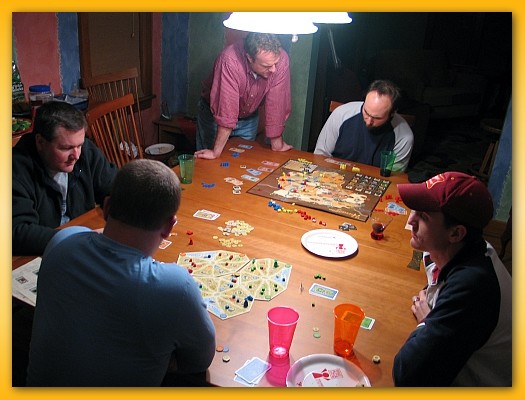