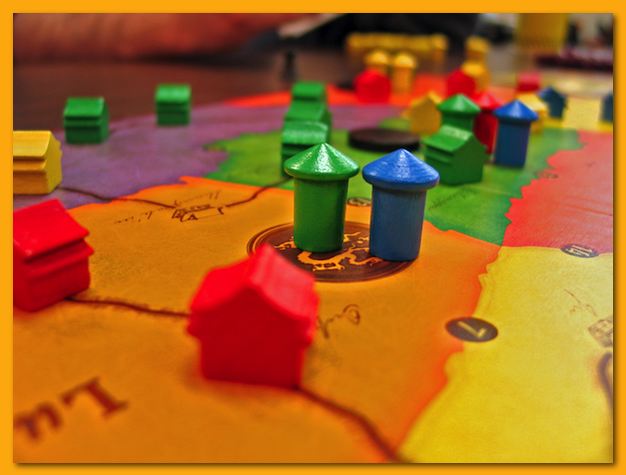 Lisa and I host a board game night for friends and interested spouses. We’ve been gathering on the third Saturday of every month since February, 2009 and I’ll be the first to admit, I’ve been careless about blogging about it. We’ve had as many as 10 or 11 and as few as four but we always have fun.

This past weekend, we gathered 5 and started the evening with China, a Michael Schacht design from 2005. For a period of time it was out of print but it looks like it’s available again on various online sites. I’m not on online gamer but, if I’m not mistaken, Michael has had some recent success rejuvenating interest in the game by providing alternate maps for the online community.

The nice thing about the game is its accessibility. Anybody capable of listening to about 5-10 minutes of rules and examples should easily be able to pick up the game. The icing on the cake is that the game only takes about 45 minutes so if you don’t understand your first game, you can quickly turn the game around and play another.

It’s been several years since I’ve played but I have no excuse. The game is a classic and deserves to be out on the table more. 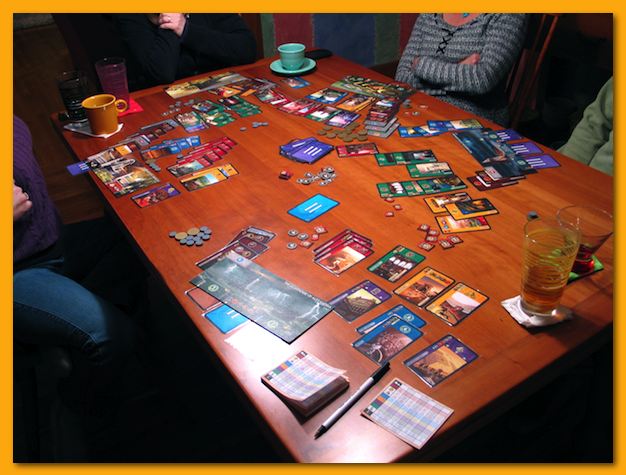 After China, we paused to chat, eat some food, pull the cork on a bottle of wine, crack open a couple bottles of beer, and then set our minds to a game of 7 Wonders. We’d all played at one time or another but I gave a quick run through of the rules again and we got started. 7 Wonders is so dirt simple but it takes a bit of explaining to get through all of the rules. To new gamers, that first game will feel a bit daunting but by the second game, you’ll have trouble understanding why it felt complicated. Like China, the game is over in about 30-45 minutes (even with 7 players) so you can easily play two games back to back.

Which is, in fact, what we did. I rarely play the same game back to back but 7 Wonders was a great choice and everybody had a great time. I’m looking forward to next month’s gathering and promise to do better at blogging about it.