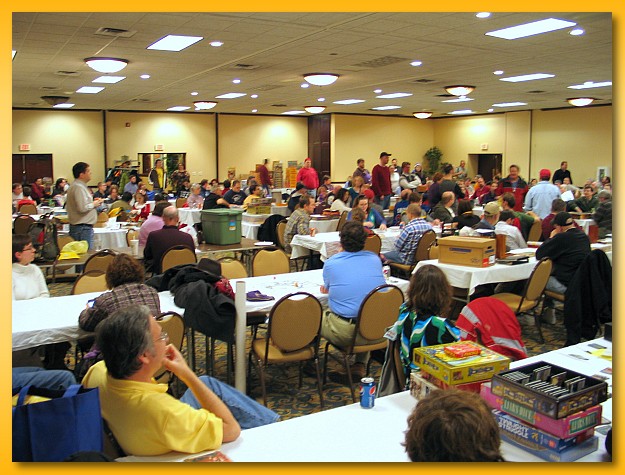 Being a non-profit, membership-driven organization, CABS holds an annual meeting to discuss financials, membership drives, the game library, tournaments, special meetings, etc. and of course board gaming. The last few years it’s been held at the Fort Rapids water park south east of Columbus, OH. The Fort Rapids banquet room gives us room to spread out and we need it to support the roughly 225 people that showed up for last night’s meeting. With free pizza and drinks for members and only $5 for non-members, it’s hard not to schedule time to stop in for some games. As if that wasn’t enough, they also raffled off some 125 new games as well and I picked up a copy of Alea Iacta Est. Unfortunately, that’s the third copy of it that I’ve won in the last six months so if anybody wants to trade me something for it, drop me an email or geekmail on BGG 🙂 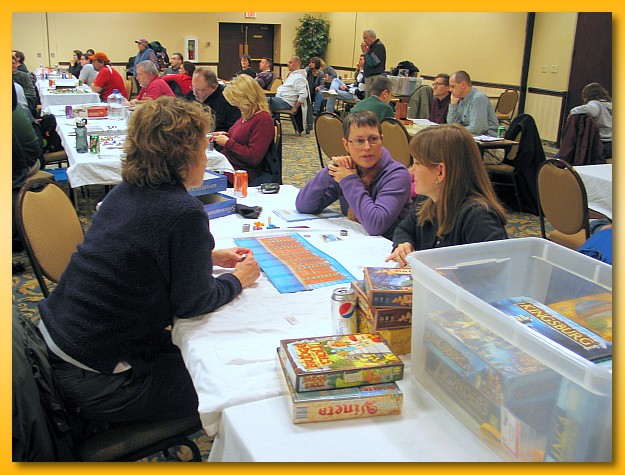 This year my wife was invited to play some games with two other women, so we went together and played a foursome of Dice Town but then while they played The Speicherstadt I teamed up with Jared and Bill to play Kingsburg. 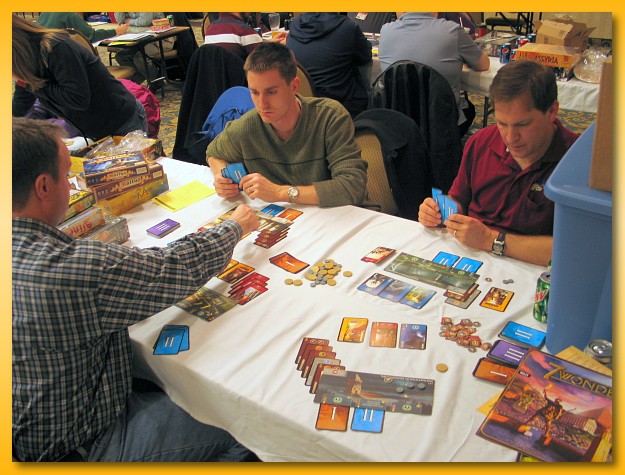 After Kingsburg, Bob, Bill, Jared, and I played two back-to-back games of 7 Wonders. I plan on a full review of the game but I do like it. It’s fast and supports up to 7 players! And to boot, it’s one of the few games that doesn’t add more time to the clock for every player you add. 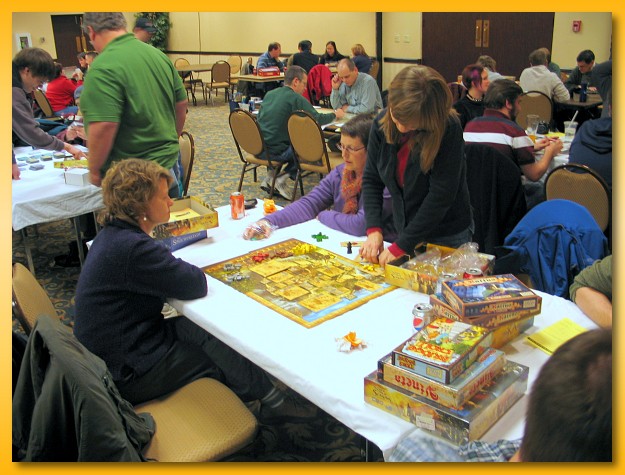 At the other end of the table, Lisa played Castle For All Seasons, a worker placement game similar to Stone Age but with a simultaneous action selection from a fixed hand of cards that reminds me of Mission: Red Planet and Kreta. 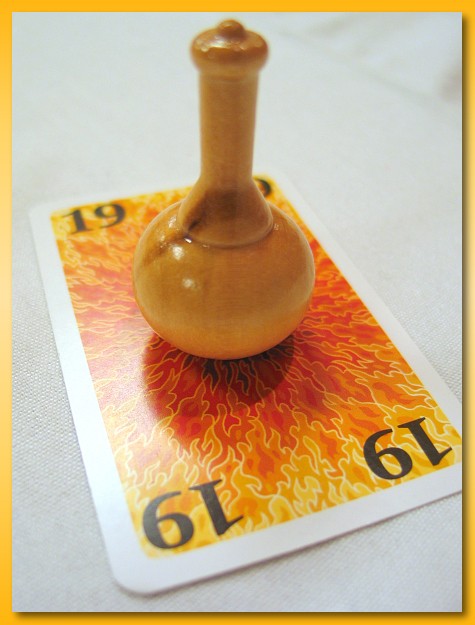