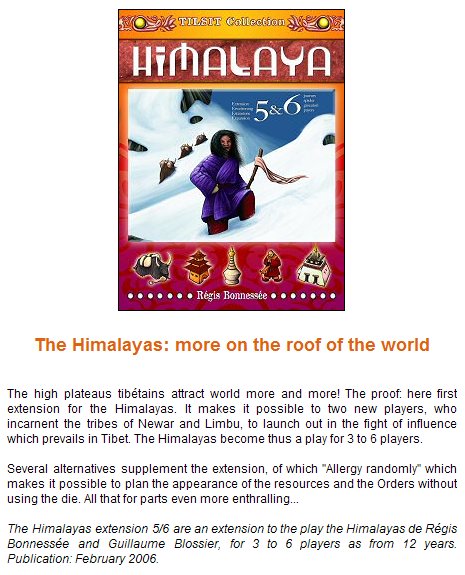 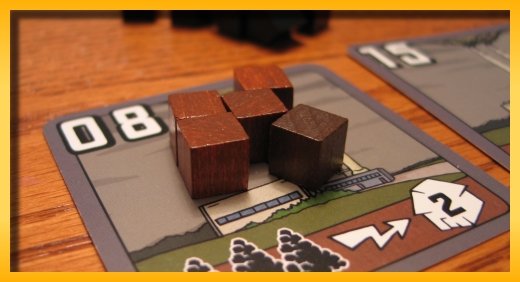 We met at Rich’s house for Analog Game Night – December 2005. Six of us showed up since Keith was off helping his daughter heal up after surgery on her scalp. We missed you Keith and hope Elizabeth has a quick recovery.

We started around 8pm and decided to play Power Grid. This is only the second play for our group and Tim had never played before. The game is listed at 2hrs but our group tends to play rather slowly. We had to spend a fair amount of time refreshing ourselves on the rules and by 10:30 Mat and Paul were needing to leave. We reluctantly shutdown the action one full round into Step 2.

I always hate to shutdown the game abruptly like that since it really messes up your strategy if you were expecting more rounds to play out. I really don’t want to play another truncated game of Power Grid so I’d recommend that we only start it if we’re all committed to finishing it.

Given that people had to leave, we ended up only playing the one game for an abbreviated game night. 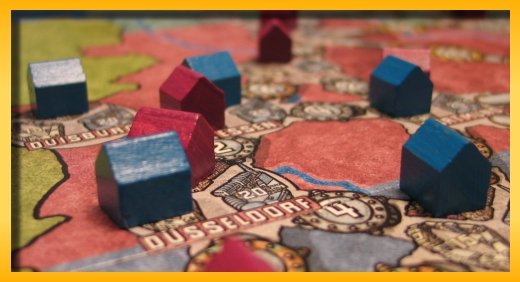 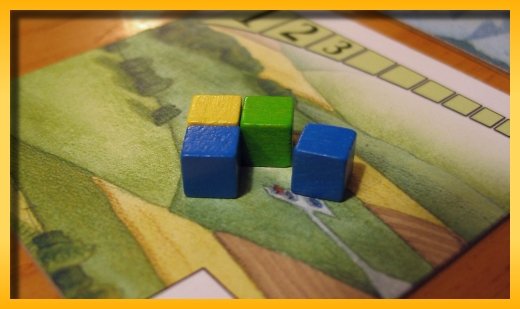 Sophie and I played Balloon Cup this evening.

I like the game because, to be honest, Sophie asks specifically for it and I’m up for anything that let’s us spend some quality dad/daughter time together.

The game is easy to learn and consists of each player attempting to fulfill the requirements of 4 ‘hops’ on the table. Each hop, numbered 1 to 4, has cubes of randomly chosen colors on top of it in the amount that matches the number of the hop. On your turn you must lay down a card next to the hop of your choice but you must only lay down cards that match the color of the cubes on the hop. So, if the hop has 2 green, 1 yellow, and 1 red on it, then you must lay down 2 green cards, 1 yellow card, and 1 red card before your side of the hop is considered complete. Once both sides of the hop are complete, the ‘winner’ of the hop gets to keep the cubes.

The winner is determined by the sum of the cards. The hops are two-sided and you win the hop by having the largest or the smallest sum based on the the side of the hop that is exposed. When a hop is won, you discard the cards, take the cubes, flip the hop tile, restock the cubes, and continue playing.

There are five trophy cards set aside (one per color) and it takes different numbers of cubes to ‘buy’ a trophy. When you collect enough cubes you purchase a trophy and the first player to purchase 3 of the 5 is the winner.

We play with Stephen Glenn’s original rule that you cannot play on your opponents side of the hop until you complete your side (which makes flipping the hop after it’s won still worth doing) but we also play with the 3-1 trade rule which states that when you purchase a trophy you can use 3 cubes of a useless color (since the trophy was already purchase) to represent 1 cube of a color that has yet to be purchased. We like this rule so that all of the colored cubes remain worth fighting for throught the entire game. Some argue that this causes cascade wins but we feel that it’s better to end the game sooner rather than it becoming a draw-the-right-card-fest fighting for that last hop with a relevant color.