My recent game order included two copies of Category 5. This is the retooled US version of 6-Nimmt which we’ve played numerous times in the Analog Game Night group and with family and friends. A copy of each game was destined for Sophie’s and Noah’s classrooms at Indianola Alternative Elementary.

Noah’s teacher is always looking for inventive ways to teach math and this game has really hit the spot. Here are Sarah’s comments:

We are using the game as a math menu choice because it is getting the children to practice the order of numbers and will help to build number sense.

It is great because the children are helping each other recognize if the number card they chose will work because it is “larger” than the cards laying in the middle. Joushua, for instance, was confused for awhile but got the hang of it once he played the game the second time.At the end of the game, they are also grouping the cards into similar groups so that the counting is easier. also a number sense builder!!! For example fives are easier to count when they are together. Then by 2s and finally one by one.

Thanks for the great game idea!!! I am always looking for games that get kids to manipulate numbers, group together numbers for adding, and that are challenging and fun. Thanks for the game!!!

My latest game shipment came in and the kids and I tried out Ticket to Ride by Alan R. Moon. Ticket to Ride won the Spiel Des Jahres (Game of the Year) 2004, International Gamers Awards Best Strategy Game Nominee 2004, Deutscher SpielePreis (6th Place 2004), and Games Magazine Best Family Game Nominee 2005. This game will stay strictly at home and cannot be brought to Analog Game Night. Ken bought this game as well and wants to contribute a game to our game night playing festivities.

Ticket to Ride plays quickly and is very easy to learn. The kids had no problem at all picking up the rules. It took about 45 minutes to play which included the learning phase. It’s got a fairly significant luck component with the “draw your blind train cars” action. They do try to mitigate this somewhat by exposing the top 5 cards from the draw pile. There are still plenty of tactical plays that can made that can greatly affect other player’s ability to meet their hidden Ticket Card goals. So be forewarned that others can (and will) sense the end-points you’re shooting for and will attempt to block you from completing your task (the nerve of some kids…I mean people!). Speaking of nerve, Sophie kicked our butts by constructing several 5 and 6 segment routes and meeting all of her Ticket Card goals….plus she got the longest route bonus. I made all 5 of my Ticket Card goals but they were, unfortunately small in value. Noah didn’t meet two of his three goals so he got docked the value points for those.

The other games I received are Carcassonne – The City, Carcassonne’s new more strategic big brother (comes in a wooden box!) and Battle Line, a Reiner Knizia designed 2 person card game. I’ll throw out reviews of those as soon as I get a chance to play.

We played Rumis as a family tonight. Lisa won. Sophie got second. Noah and I tied for third and fourth. 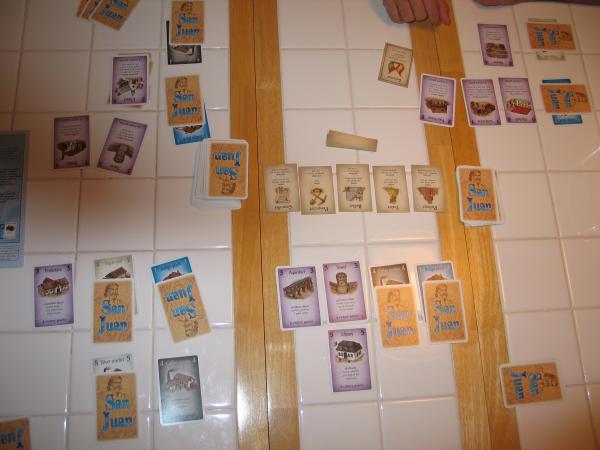 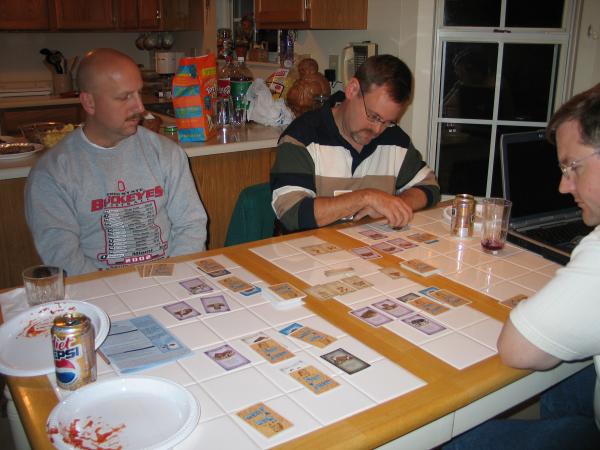 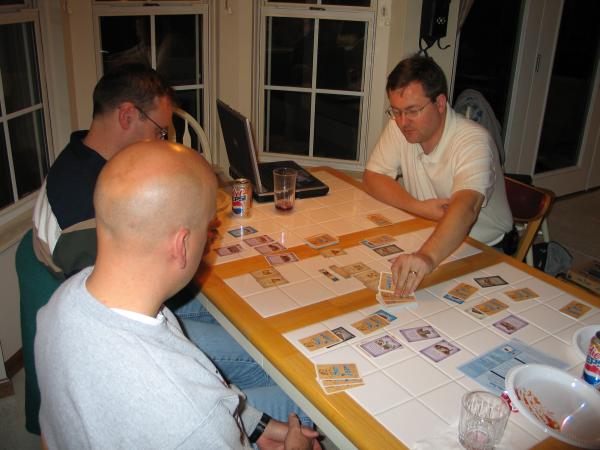 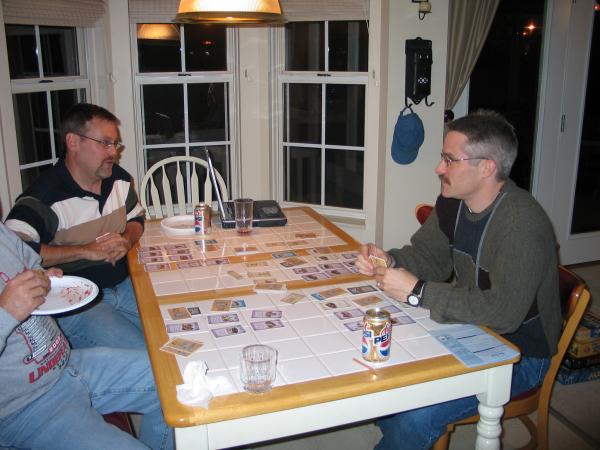 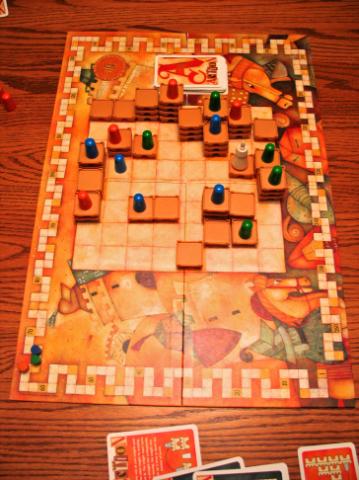 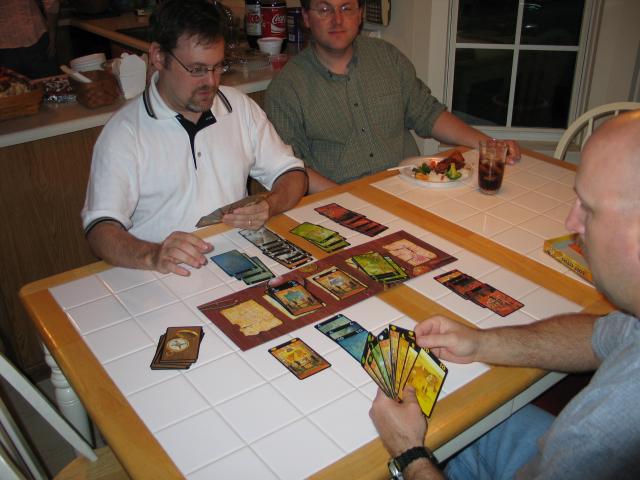 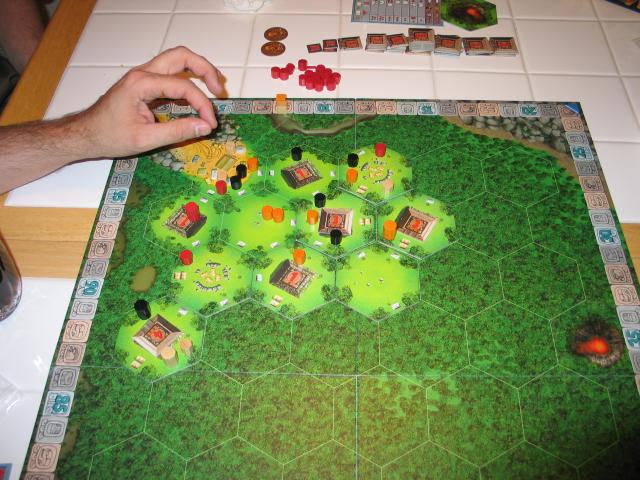 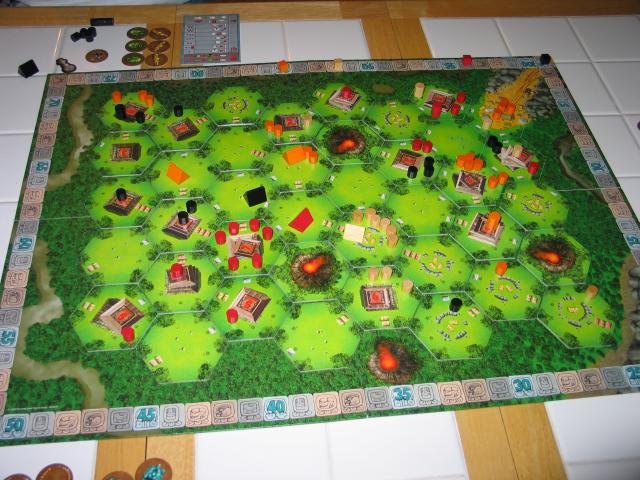