I always look forward to CabinCon, my game group’s yearly getaway. There’s always the post-con blues but well worth the time and effort to pull it off. For unknown reasons it’s common for the weekend to have some sort of weather issue and this year was no exception. It started snowing Friday night and by Saturday the temperature had dropped into single digits and there was 6-8″ of snow of there. We lost power briefly several times but it didn’t hamper our gaming experience at all. One year we lost power (and heat) for most of the day, everybody had all of their clothes layered on, and we played games with our coats and hats on so this was nothing. By Monday morning, the temperature had risen a few degrees and the roads were passable. A great time to be holed up playing games actually.

We chose a different cabin this year as last year’s cabin dropped off VRBO. We were in a small lake house about an hour northwest of Columbus and it was a great space for us. The gaming areas were perfect, lots of natural light, and a really long table for eating and playing some big games. There was plenty of places to sleep so it worked out well.

Looking forward to next year, guys. 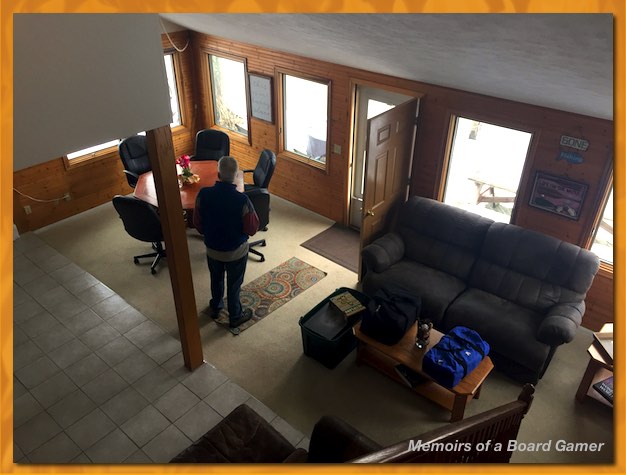 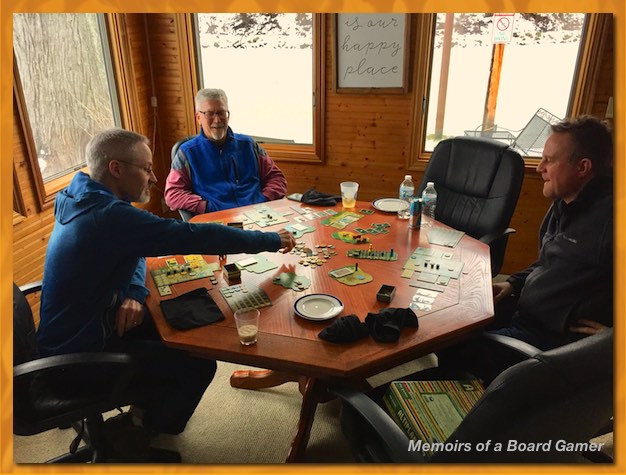 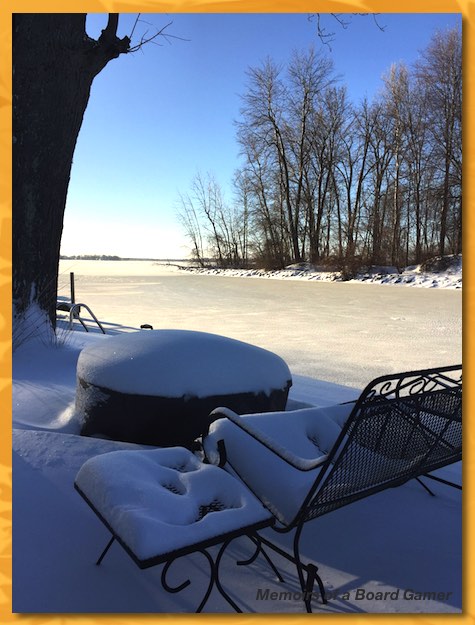 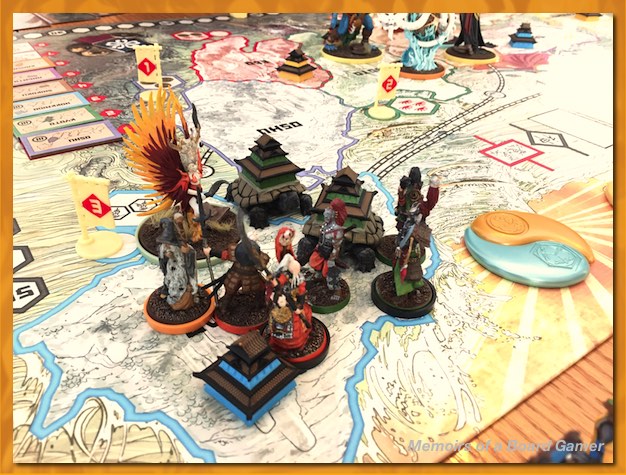 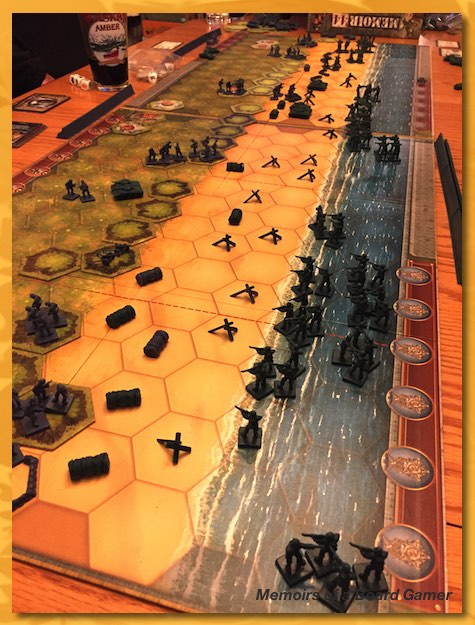 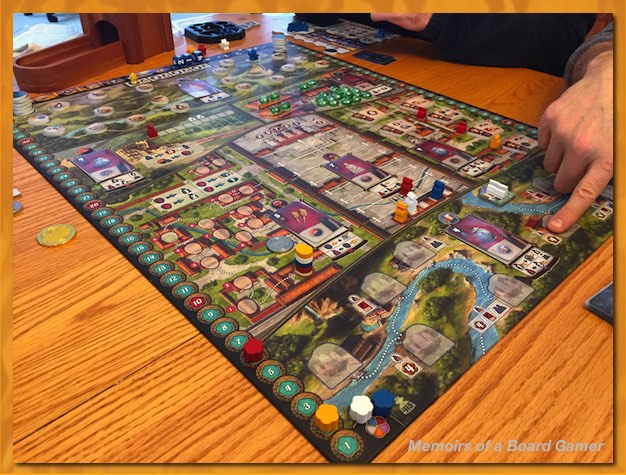 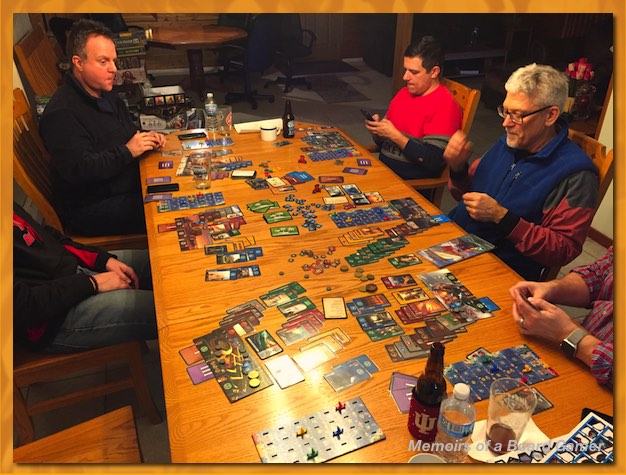 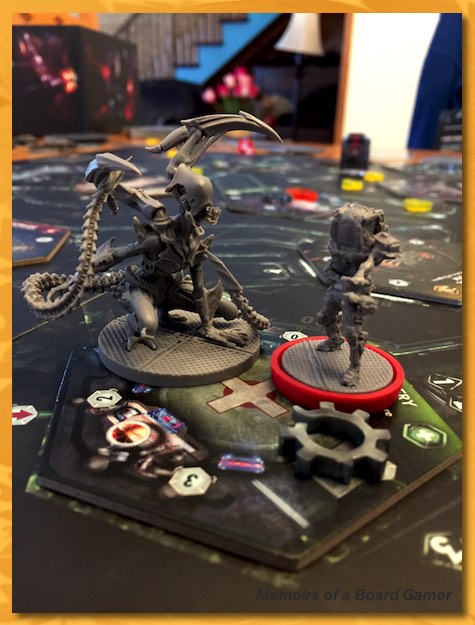 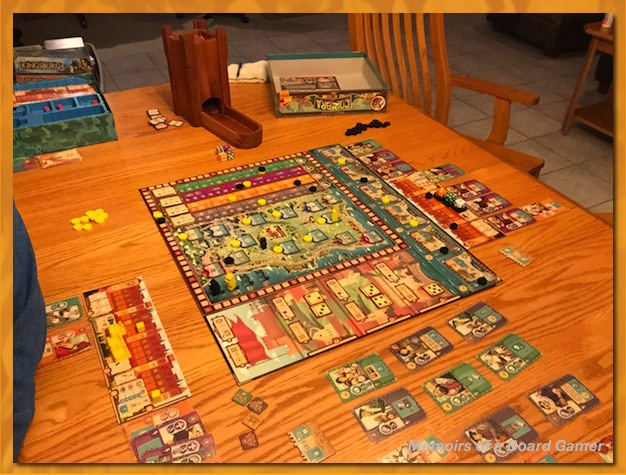 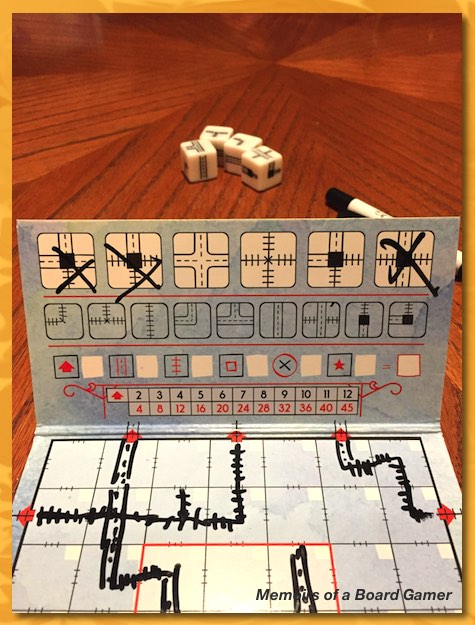 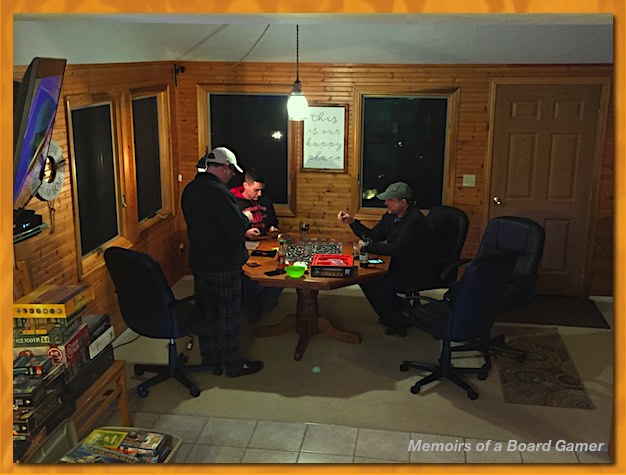 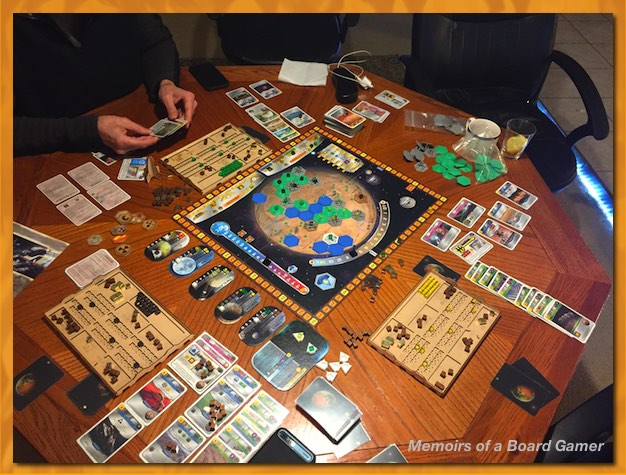