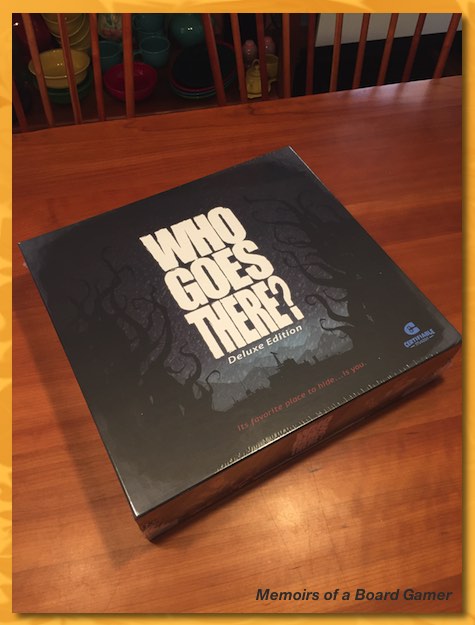 I’ve always liked the concept of increasing panic and paranoia from being trapped in tight spaces with scary things. Over the years I’ve loved Ridley Scott’s Alien franchise and other one-offs like John Carpenter’s The Thing, a remake of 1951’s The Thing From Another World.

John Campbell’s novella, “Who Goes There?” formed the backstory for both “The Thing” movies (actually all three given the 2011 follow-up film) and describes the trials and tribulations of remote arctic researchers trying to escape the confines of their frozen station while an elusive and terrifying alien presence inhabits their coworkers in chilling and deadly ways.

Who Goes There? the game pits the players in the role of the researchers trying to get safely away from the station. As the game progresses, some players will become inhabited by the alien and other players will begin to question their humanity based on clues from earlier behavior. To win, the uninfected players will need to try to escape the station while not bringing an infected coworker along for the ride.

I’m really looking forward to breaking out this semi-cooperative game and I think with the right group it will be a blast.

Back in 2006, I posted to BGG, a black & white picture I’d taken of Sophie playing Dos Rios on the floor of our family room. It garnered quite a bit of thumbs and comments. Three years later, on a whim, we recreated the image and I uploaded another image and a photo series was born. Every three years we recreate the image and it’s that time again. 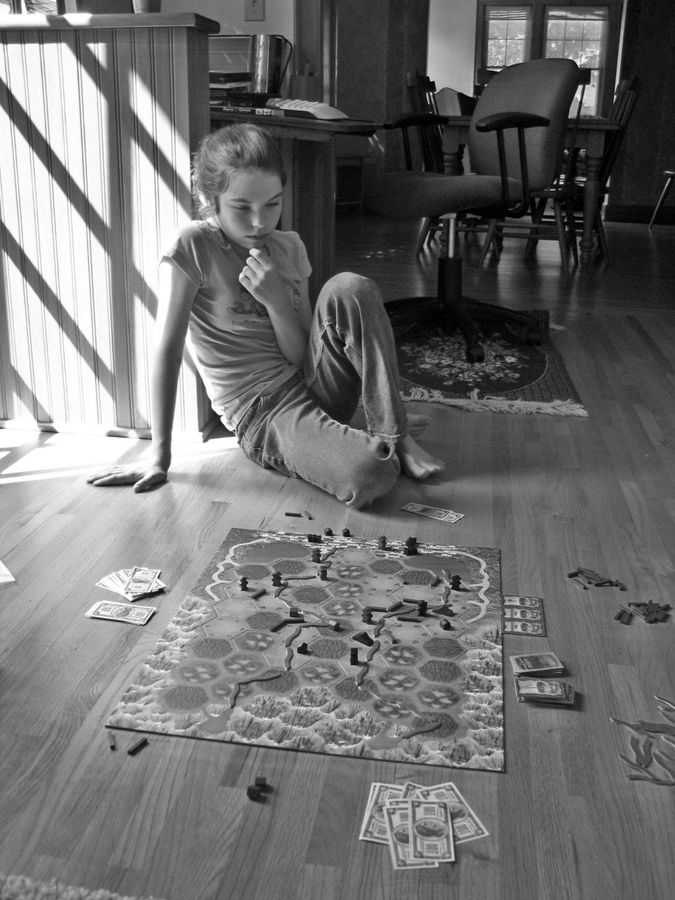 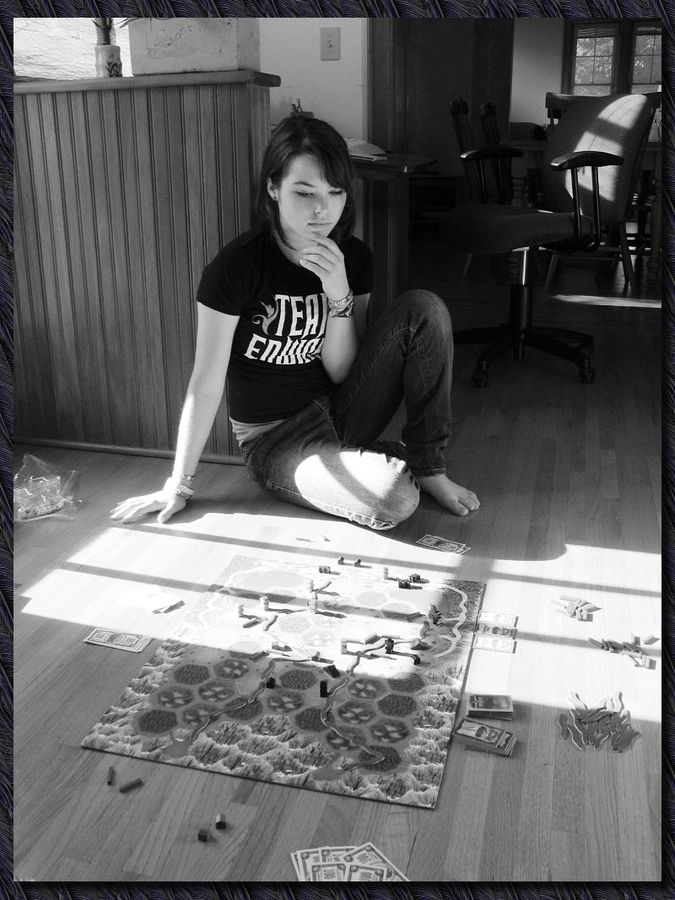 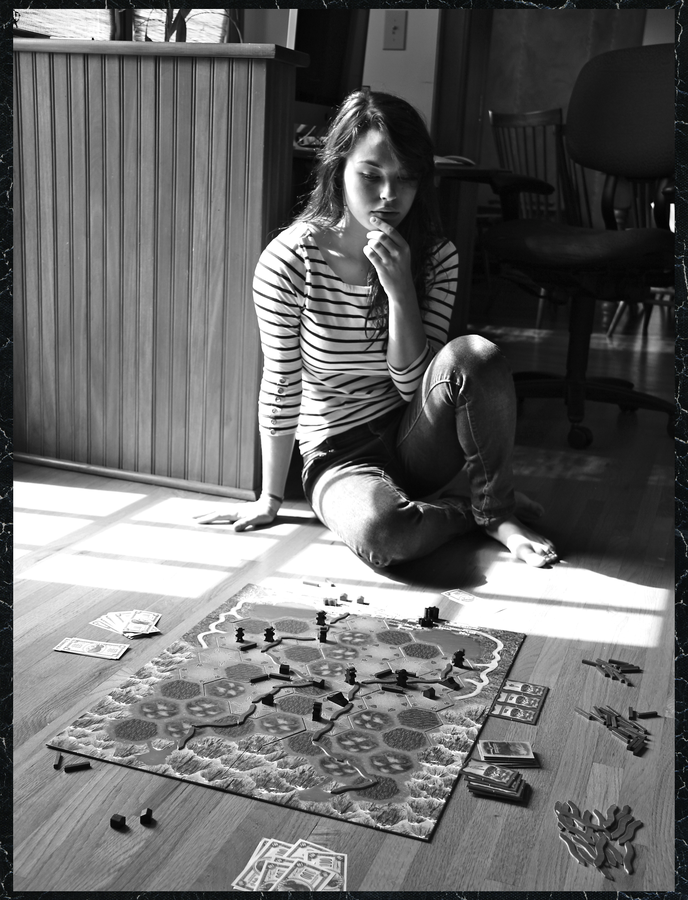 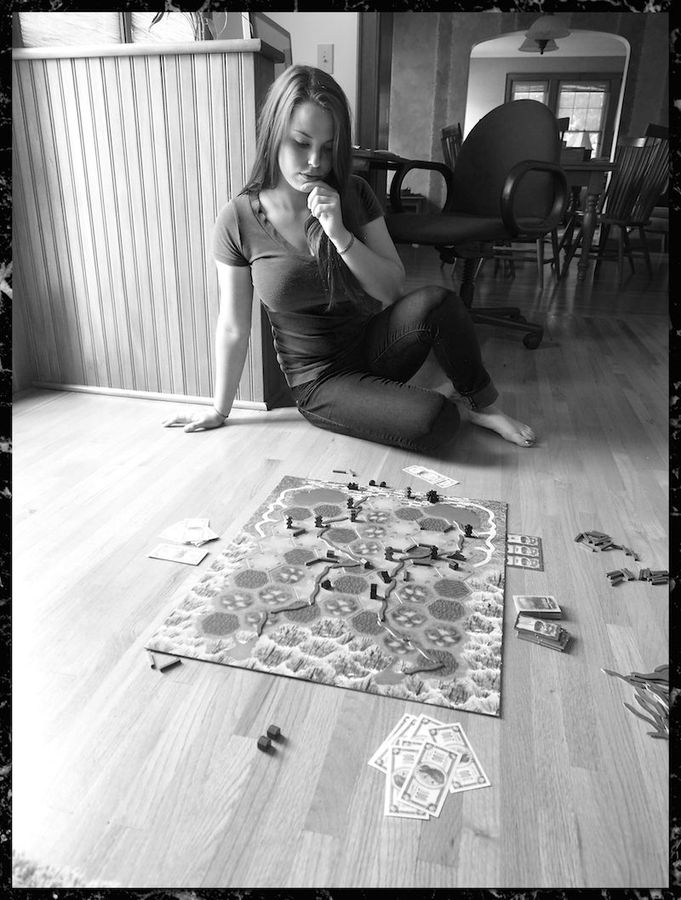 And the 5th in the series taken a couple of days ago. 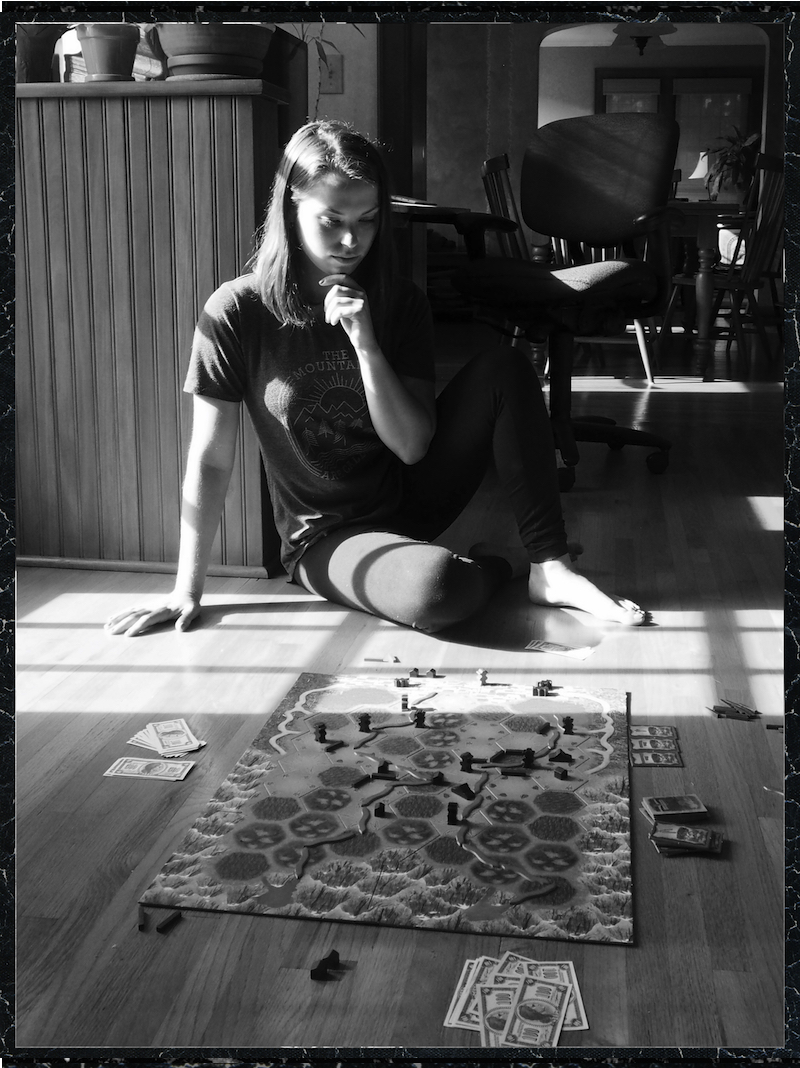