With my recent success with grass accents while basing, I took a quick step back and added some accents to my Anachrony exosuits. I’m currently using a homemade approach using long 4-5″ grass (winter and summer) “hairs” I picked up in the train-section at my local hobby store. I’ve hand-cut the long hairs into very short segments and after depositing a bit of glue on the base, I collect a very small amount of the cut fibers and tuck them into the glue and tap off the excess. Once the long fibers are gone (that’ll be a while given how much of the material I currently have), I may explore other options tailor-made for this kind of thing. However, my homemade approach seems to be working out pretty well. 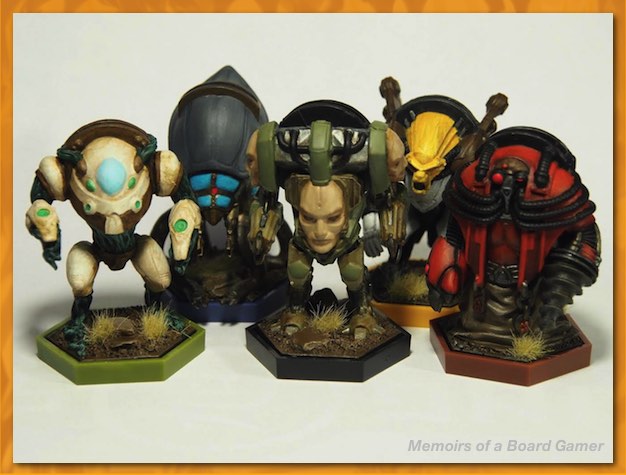 I really had no plans to paint the minis in Scythe. I own the Kickstarter version of the base game but have both expansions. The minis in the expansions are better sculpts but the KS minis really lack fine detail. The fur isn’t, well, furry, belts and straps on the leader animals tend to just disappear as they curve around the animal, etc. I figured they wouldn’t turn out very well given my skill set but after seeing what others were doing on the Scythe Facebook group, I started getting the itch. I also figured it would be a good opportunity to practice some shading techniques as well as some more advanced basing approaches.

Unlike minis in other games I’ve painted, a lot of the detail in the sculpt drives out changes in color but with these, I had to make it up on my own.  For example, the wings of the bird are smooth so the breaks in color are not aligned with anything in the sculpt but simply my thoughts about where the feathers might change color. The tiger stripes are just me winging it.

I almost stopped without the additional grass clumps but took it one step further by adding grass. I think that turned out to be a good decision and I’ll probably keep that in rotation as I paint minis in the future.

In any case, here are the results and I welcome your feedback and suggestions. 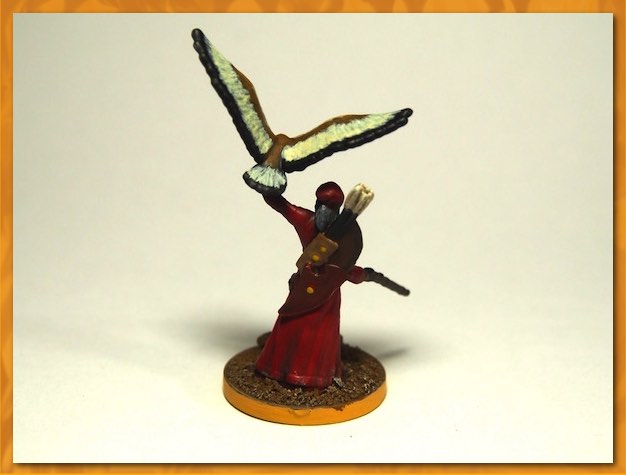 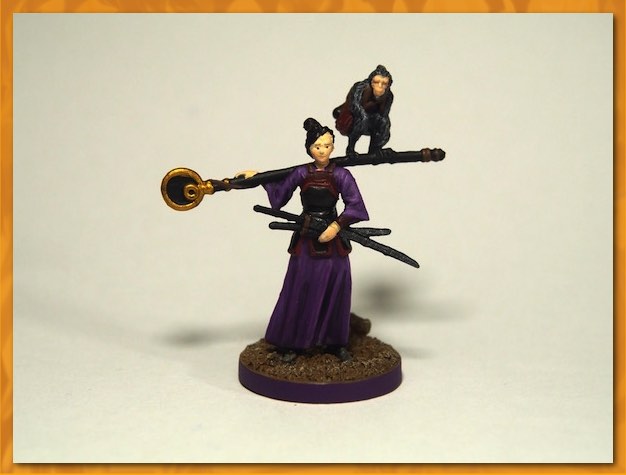 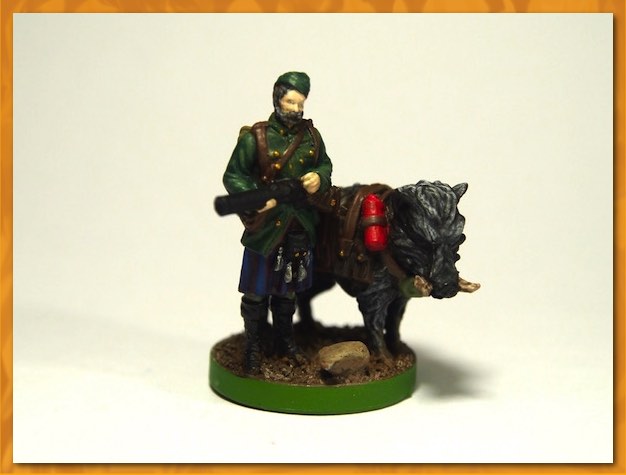 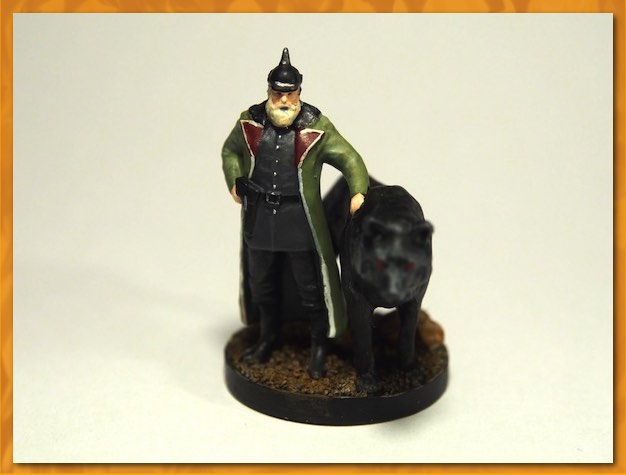 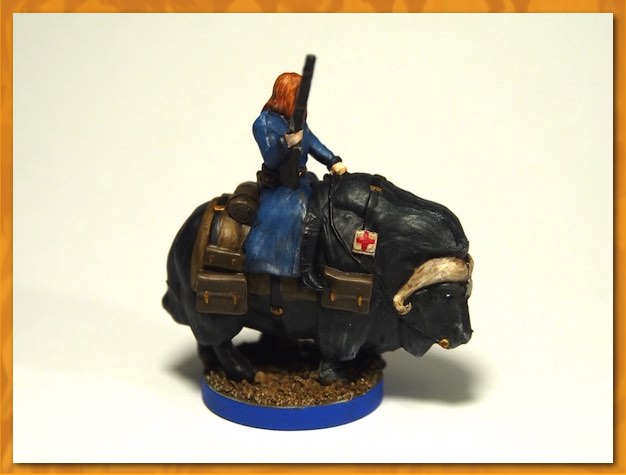 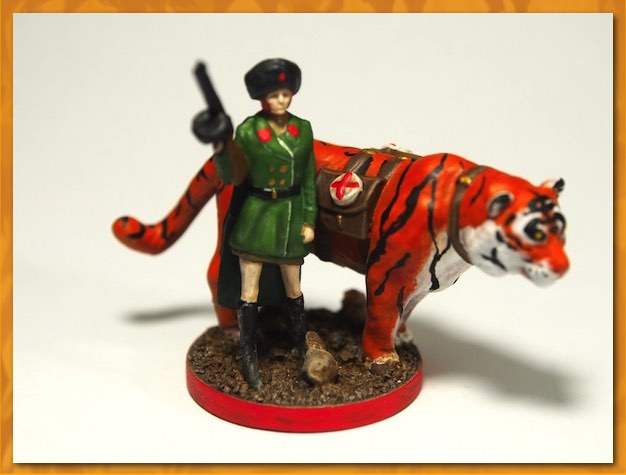 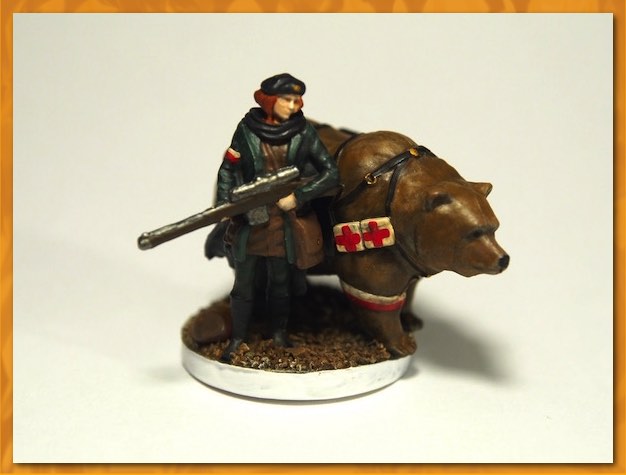 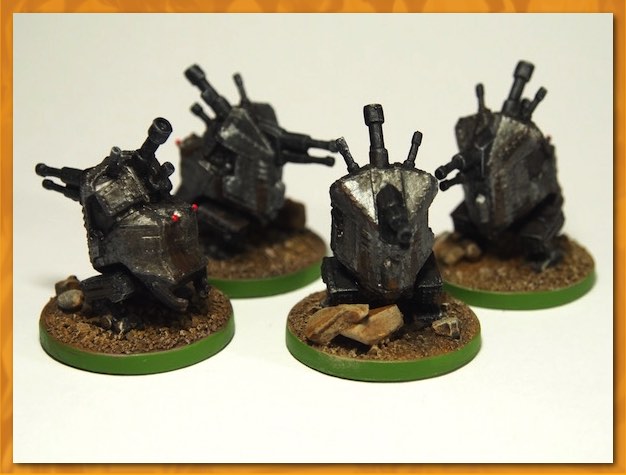 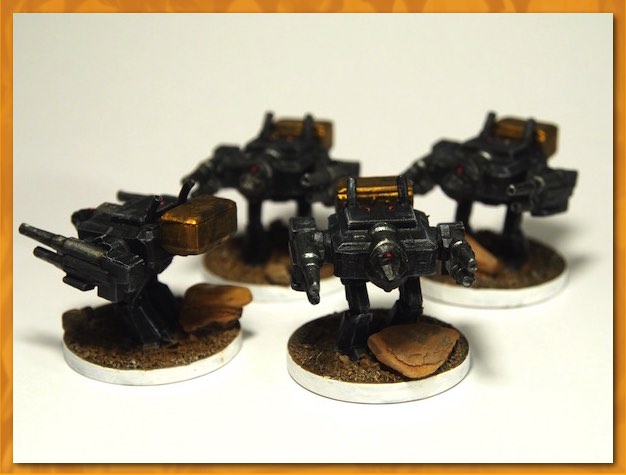 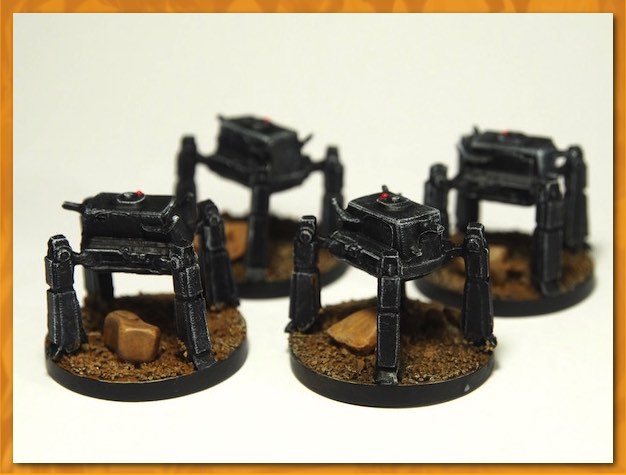 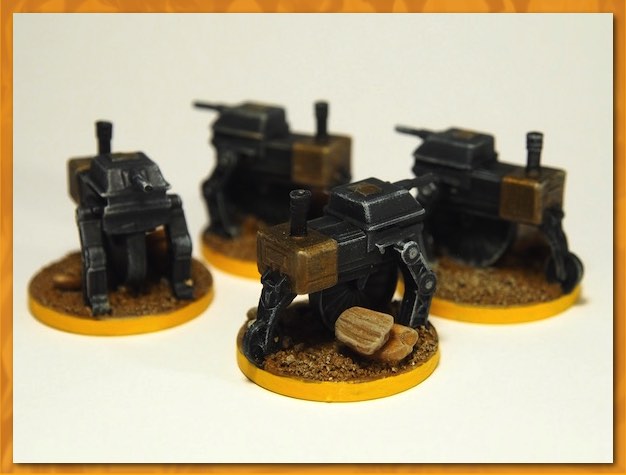 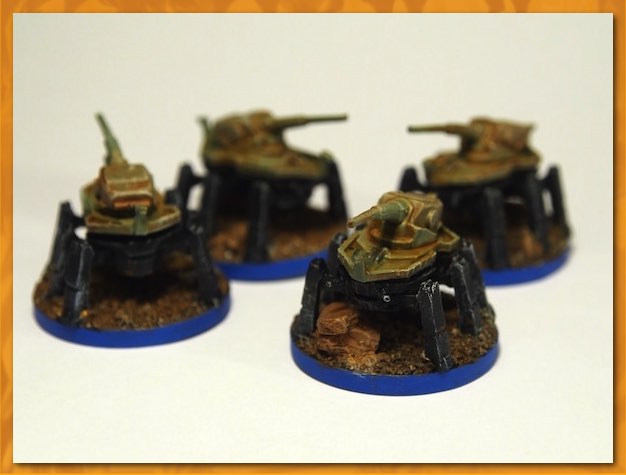 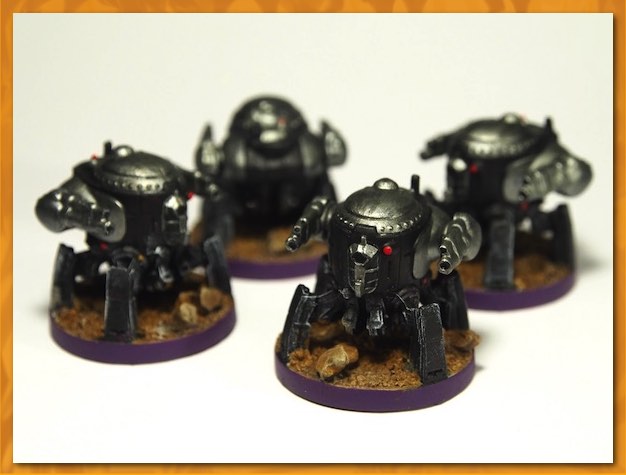 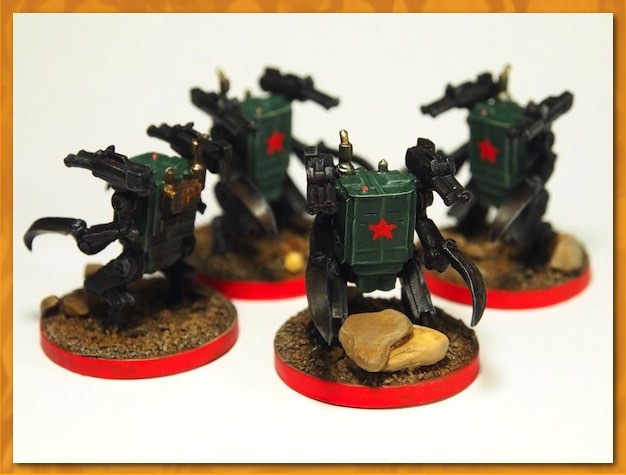 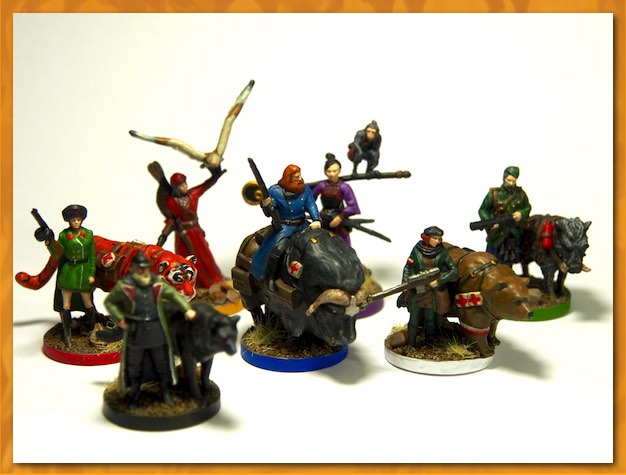 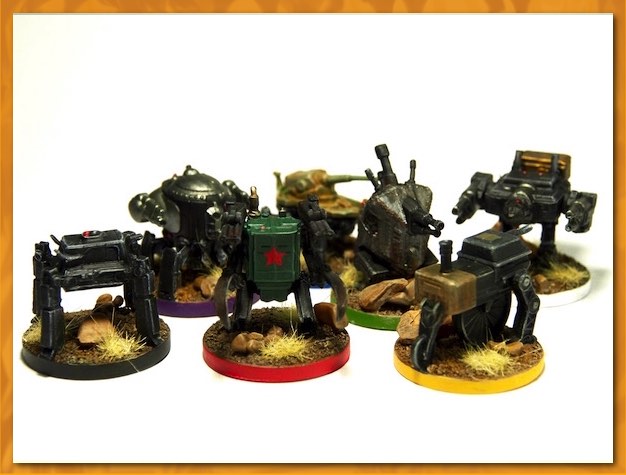 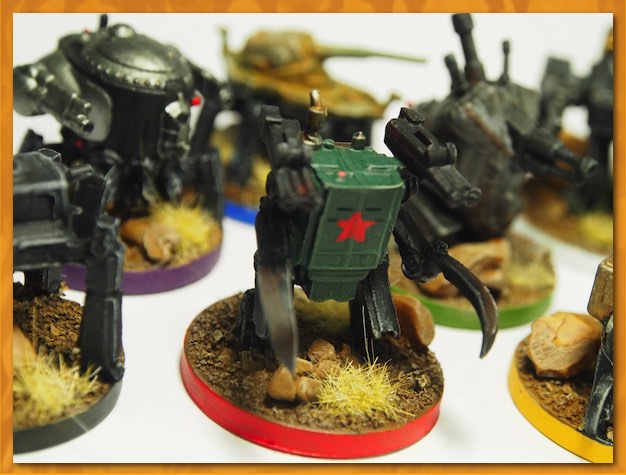 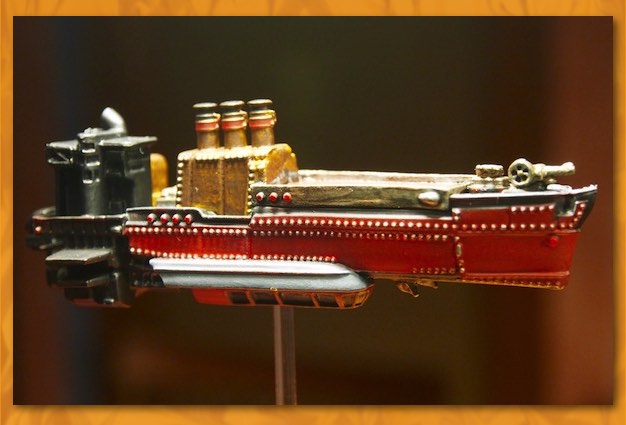 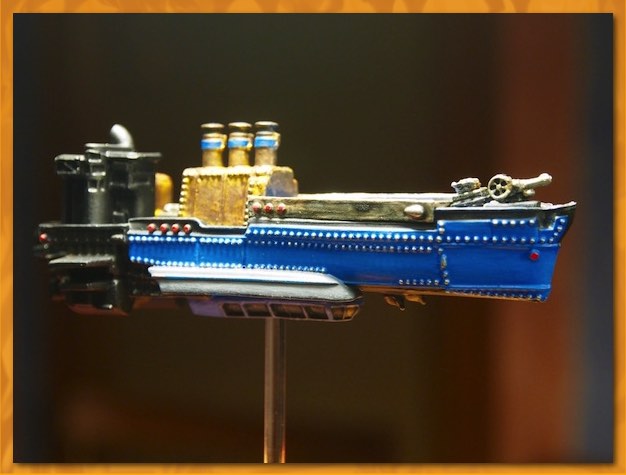 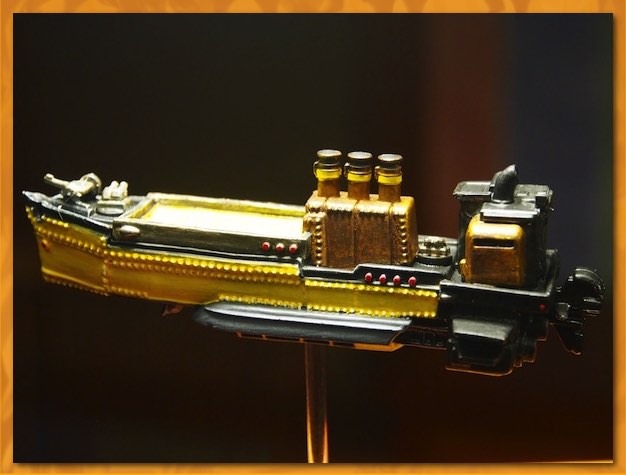 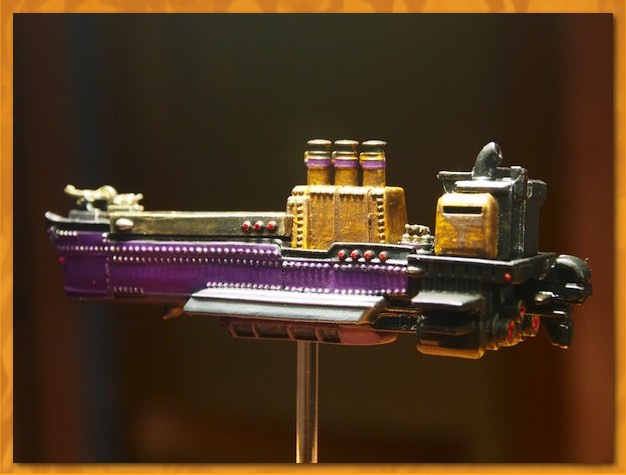 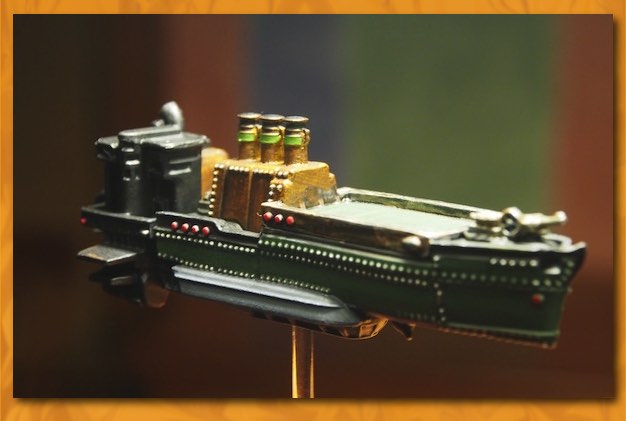 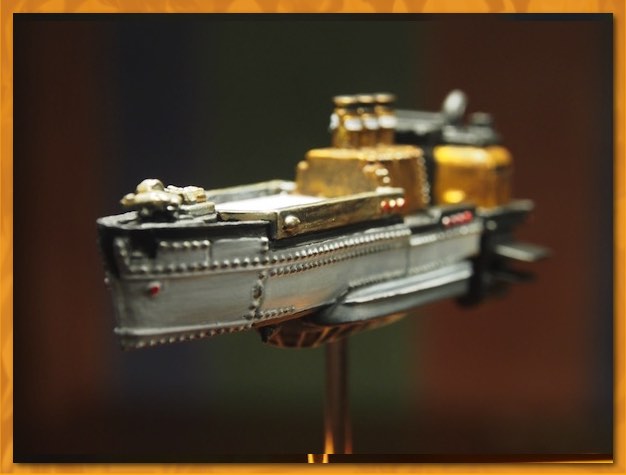 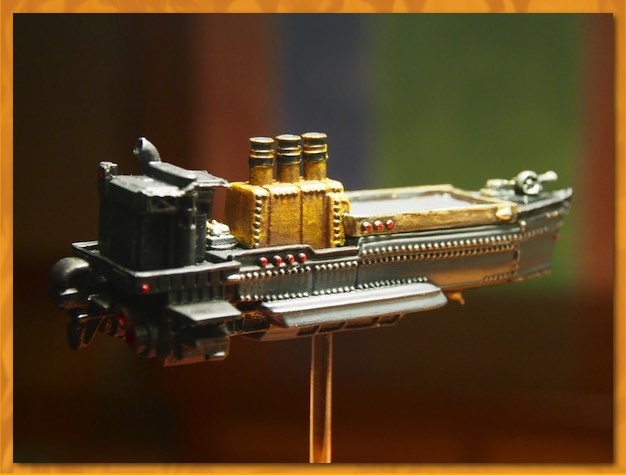