I don’t have any of the Kickstarter Exclusives so when I painted the miniatures in my base game and 5-player expansion I figured that’s all I’d ever get a chance to own.

However, I found someone willing to trade a game for Fenrir, the giant wolf, son of Loki, who comes with its figure and a card to add to your Age 1 deck. If Fenrir is on the board (except Yggdrasil) at the end of the age, then that province will be destroyed in Ragnarök.

I was excited to get this miniature and, although it’s worth some money, I went ahead and painted it so that I could add it to my game and enjoy playing with it rather than just letting it gather dust as part of a “collection”. 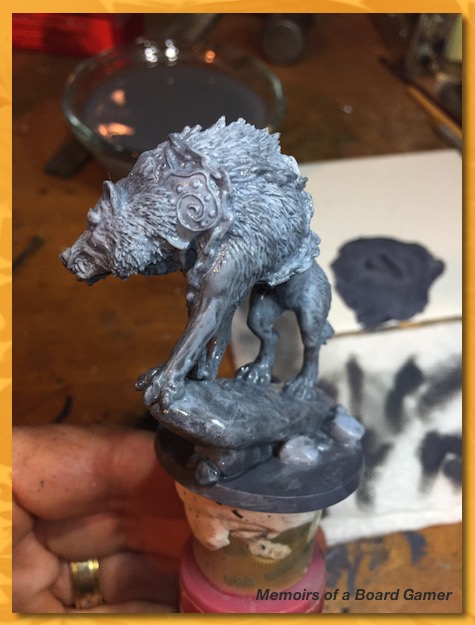 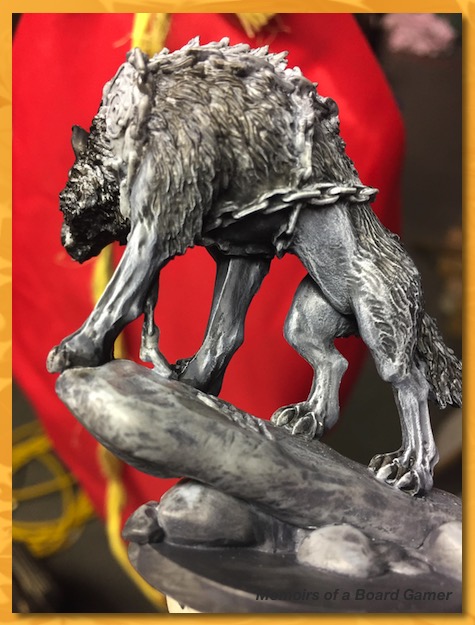 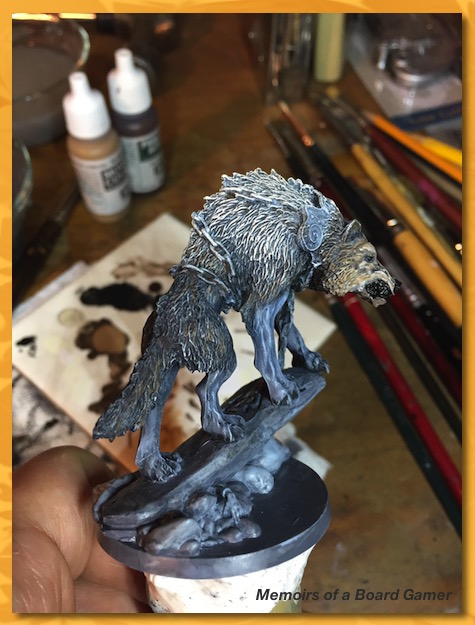 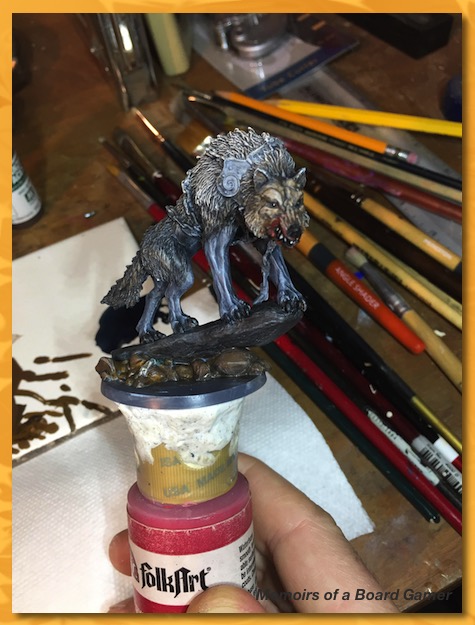 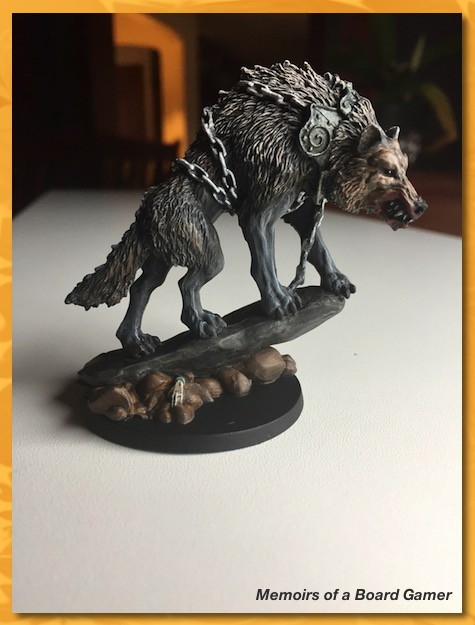 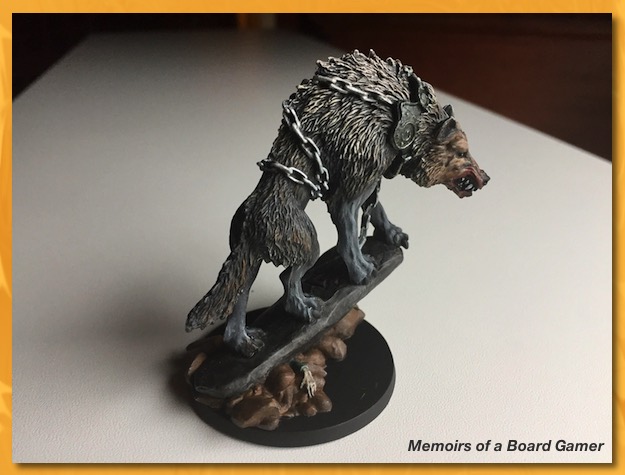 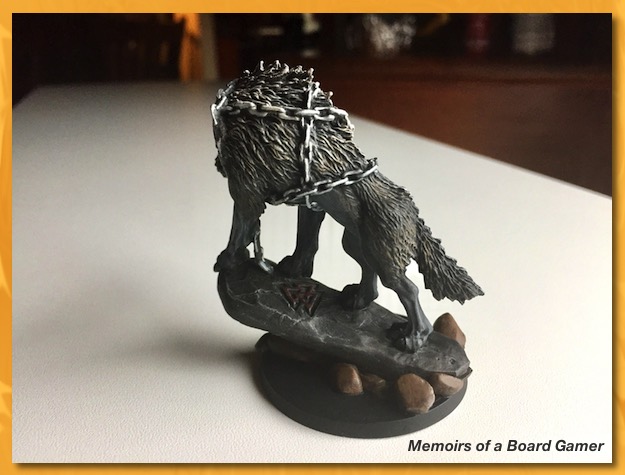 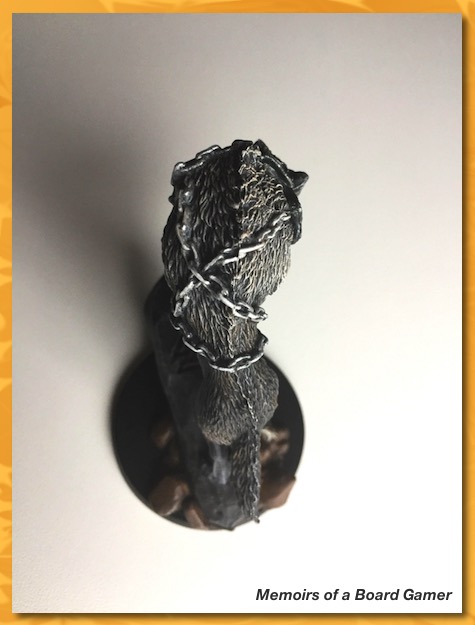 I’ve finally run out of space for my games and finally decided to do something about it. So, I spent last weekend reorganizing my entire collection and after removing all of the games from the shelves (and from the area on the floor where they were starting to pile up 🙁 ), I cleaned out the dust-bunnies and then split the games into two camps: keep and [maybe]-not-keep.

I then went through the [maybe]-not-keep games and decided which ones I was definitely willing to get rid of.  Many of the games I regard as good games and would be gladly willing to play them but I’ve just run out of shelf space and they deserve a home where they’ll get played more than they do. There’s only one thing worse than a bad game: a good game that isn’t getting played.

I’ve created a Google-doc list with the Copyright year, the name of the publisher, and a price I’m willing to take for it. I’ve tried to price them to move but some out-of-print titles command a higher price. Hopefully you’ll regard them as good or at least very competitive.

The price doesn’t include shipping so keep that in mind. If you’re interested, contact me at the email address listed at the bottom of the spreadsheet along with payment options.  Here’s a link to the Google Doc Game List; thanks for looking and I hope you find something.