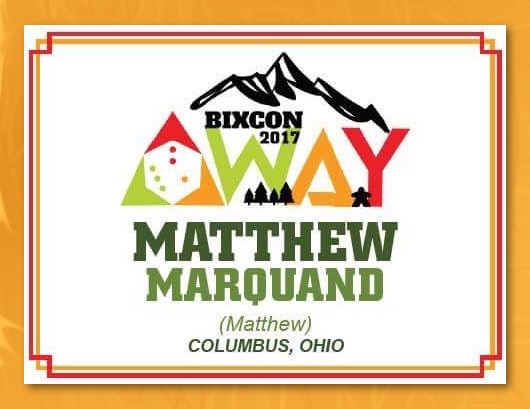 I met Matt Robertson (BGG: BixBy) several years ago at BGG.CON and since then we’ve kept in tough on social media. Matt is from Saskatchewan and runs a yearly con (BixCON) at his house and yearned for something a bit bigger to be held potentially in the US. A couple of years ago, Matt and his wife Kathy started searching for a location for this con and settled on Livingston Montana with a target date of May, 2017. I was so excited to receive an invitation to attend and I immediately cleared my schedule, booked a room, a flight & rental car, and settled in for the long wait.

After many emails and a phone call, I was invited to join the organizational team for the con, participated in chats about the con format, and took point on organizing a hike into the Montana wilderness. When May rolled around Tim Thorpe (BGG: Berserkly) and I had finalized that we’d be splitting room costs and although since I was flying I wouldn’t have any room to bring games, I knew we’d have an awesome library filled with great games from the mostly Canadian attendees. 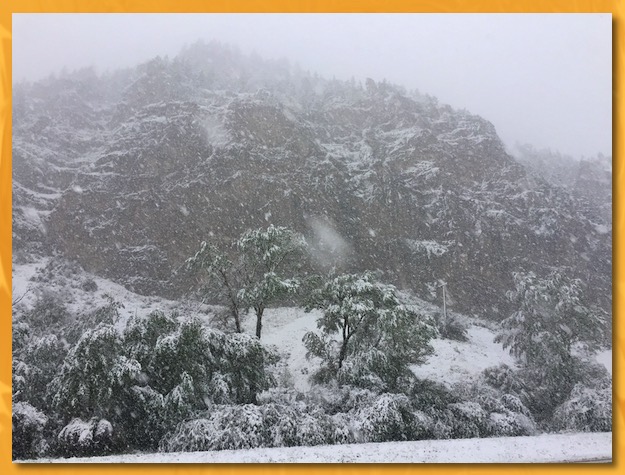 When I arrived on Wednesday, Livingston was buried in a freak white-out snowstorm making it difficult for many attendees to arrive at a reasonable time but we did manage to gather a few hardcore gamers for a pre-con group dinner at a local restaurant.

The plan was to have the group hike on Thursday morning, the first official day of the con, but the weather was terrible, so we postponed until Friday morning when it was predicted to be much better. Lucky for us we had a pretty good plan B activity for a cold, snowy day. 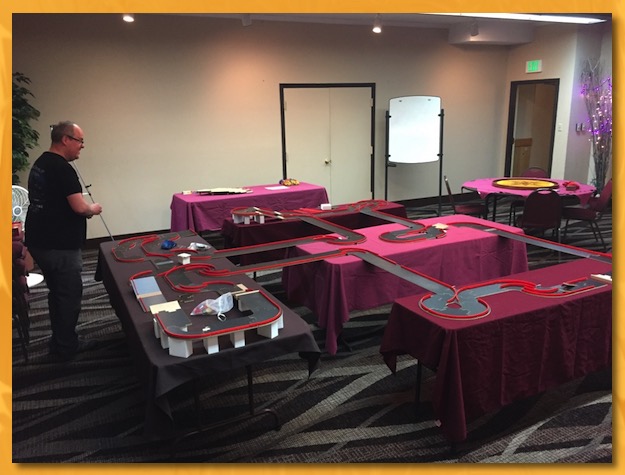 In the meantime, several of us gathered round Matt’s massive PitchCar set and built the track that would be used to hold the 16-player/2-team tournament later in the con. 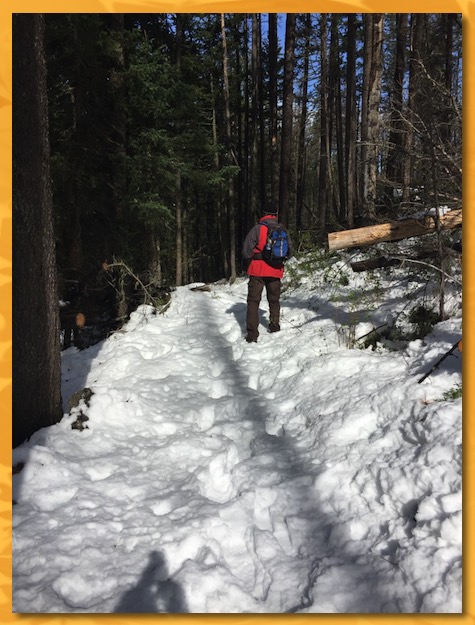 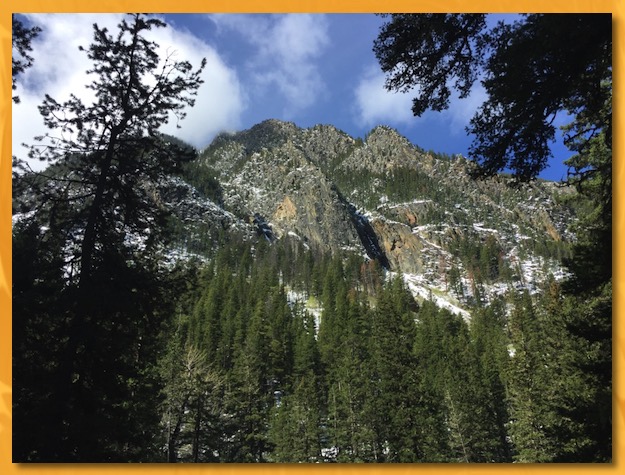 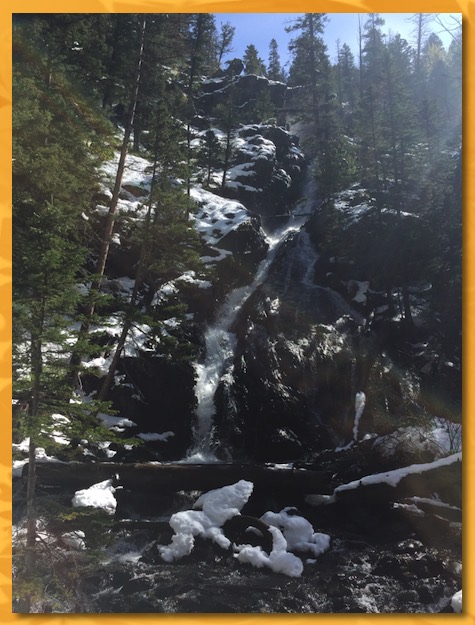 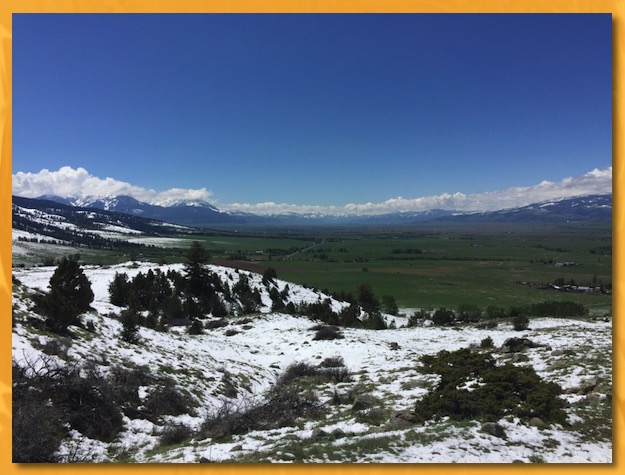 On Friday, a dozen or so of us gathered in the hotel lobby and carpooled to the trailhead south of Livingston and set out on our hike to see Pine Creek Falls. The snow was still ankle deep or deeper and we were the first on the trail since the storm the day or so before. The hike was immensely beautiful and very memorable. I’m already scoping out other places to go next year. 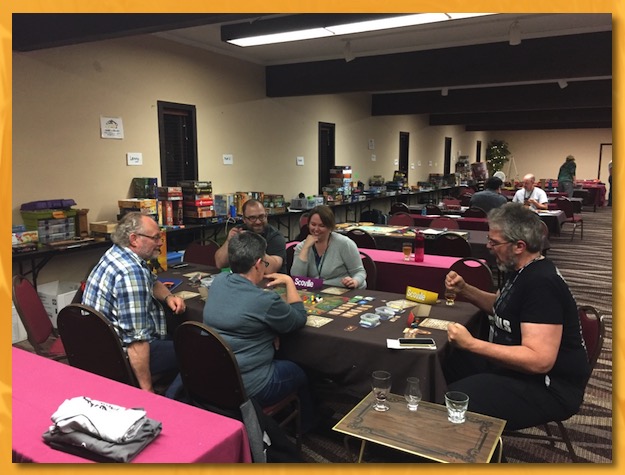 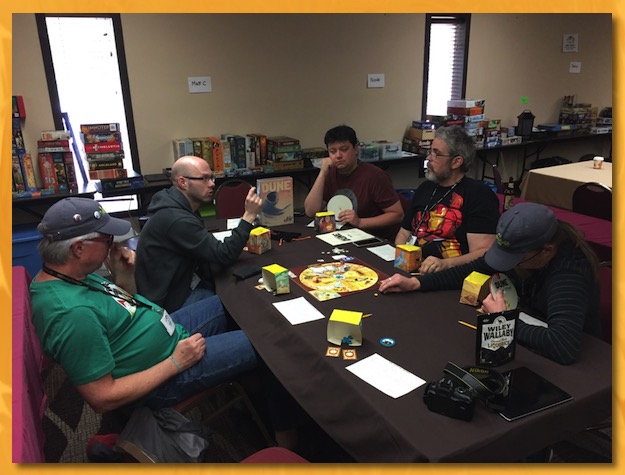 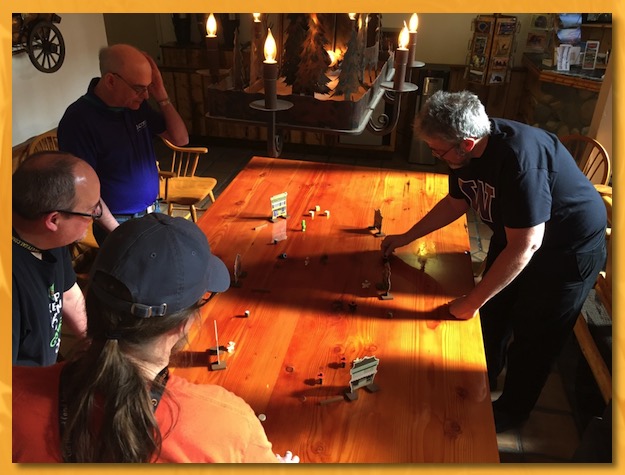 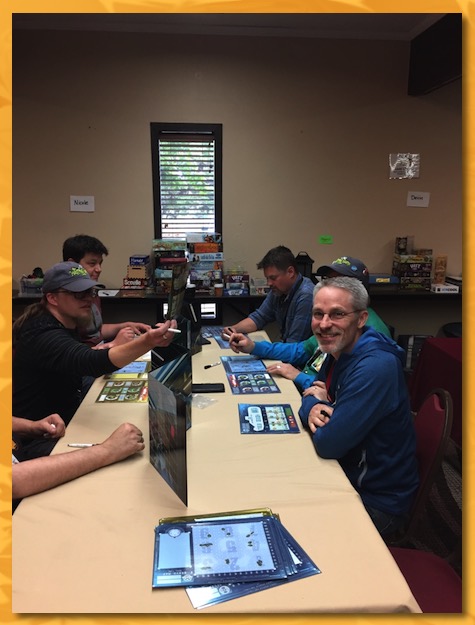 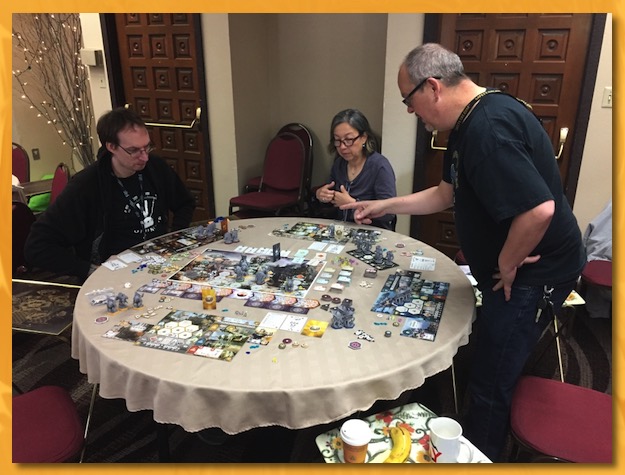 And of course, we played a lot of games including an organized 5-tables of 5-player TerraForming Mars (!) and, later, 2 tables of Anachrony. 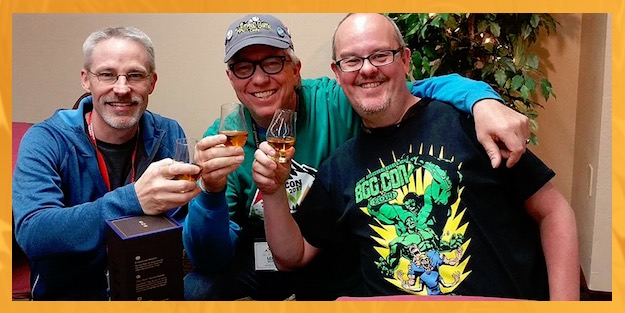 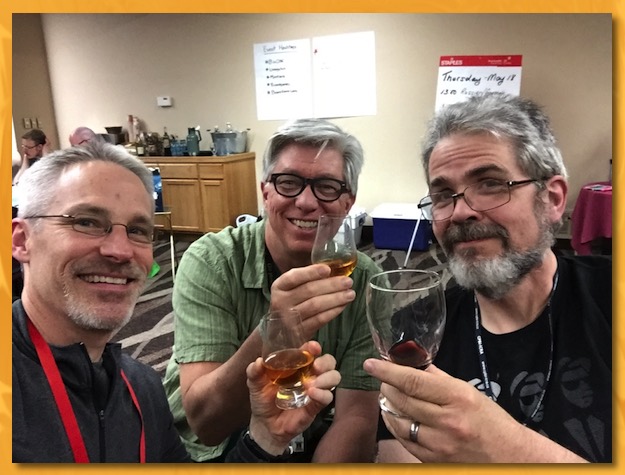 BixCon Away, although currently small (about 47 attendees), was a very rewarding experience. Matt and Kathy did a fantastic job making the first annual con great. We’ve got big aspirations for future years and although it will be difficult to grow and to make it better, we’re a small, focussed, and committed group. I can’t thank everyone enough for taking time out of their schedule to spend time with us and I look forward to next year. 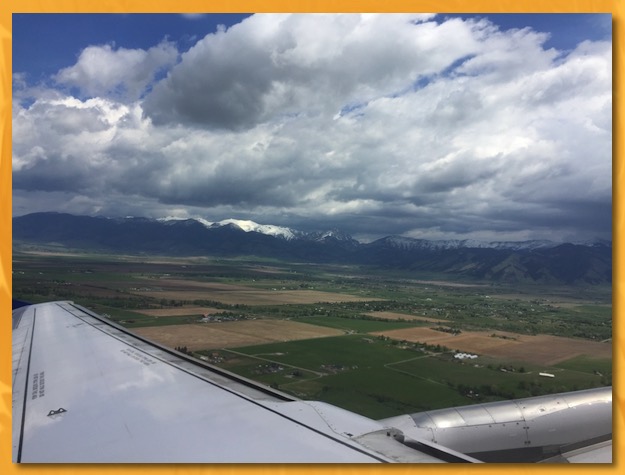