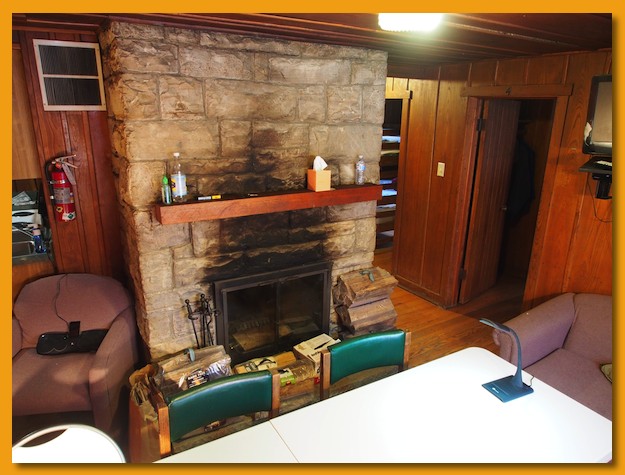 My favorite “con”, Cabin Con 2015, is over and the long wait until 2016 has begun. We purposefully schedule the con to coincide with the Martin Luther King holiday giving some attendees more freedom to stay through Monday morning. The cabins are only about 90 minutes from Columbus so it’s a short drive. We usually carpool down, talking about gaming, family, kids, who brought what food, etc. and in general, we’re winding down from the day but building up the excitement to get in some relaxation time. The people in my gaming group are really what make this event great. We’ve done it enough times now that with the core group, we’ve got it down to a science. Everybody knows the drill, how to sign up for a meal, what extra clothes to bring in case the power goes out again, or an ice storm hits, etc. We used to cover three meals a day but found with snacks, nobody was very hungry so we dropped back to just brunch and dinner and it works much better. 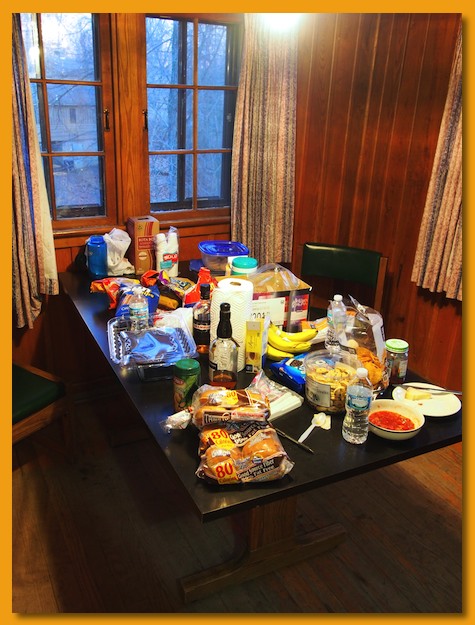 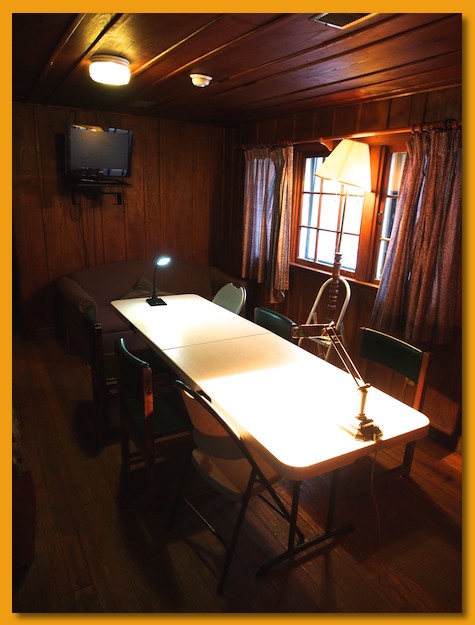 We rented the exact same cabin as last year so we knew exactly how to move the furniture around to get the room we needed for the long table and after setting it up and getting in a few short games (Port Royal and Yard Master) before dinner, we sat down for a 6-player game of 7-Wonders with Leaders and Cities. 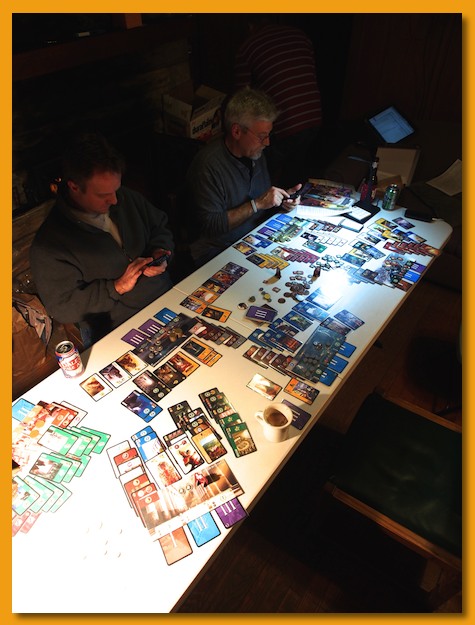 After dinner, a few of us got in a game of Heartland Hauling and then we grouped back up to close the night with a big game of Las Vegas with the expansion. 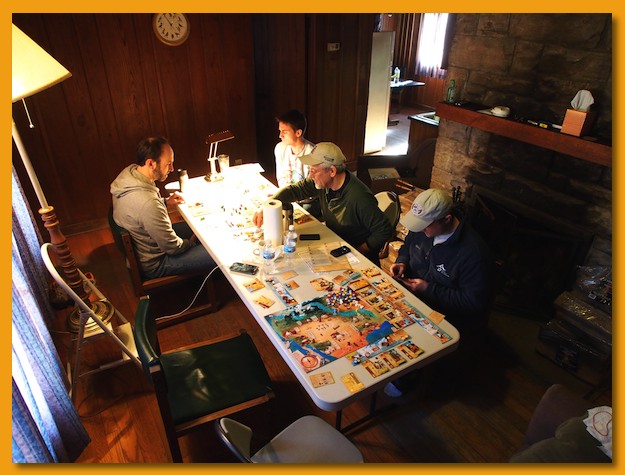 The next morning, after breakfast, we split up and played Lewis & Clark on one end of the table and Navegador on the other. After that we broke up a bit to get some fresh air hiking around the woods and hills of the state park (Lake Hope really is a pretty area). Later, some of us met back up to get in a game of Royals while others start working on preparing dinner. 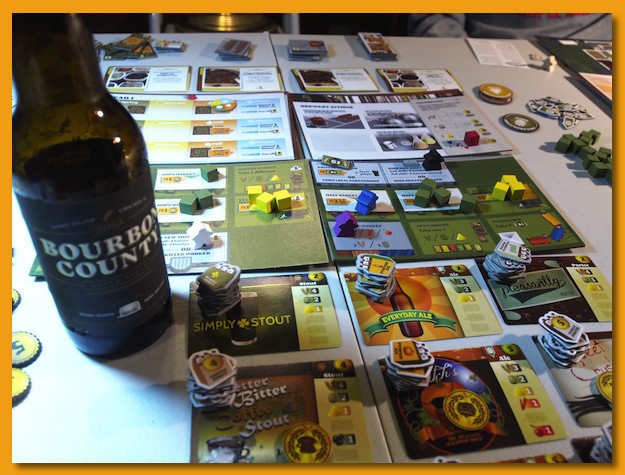 After dinner, we played Brew Crafters and then we finished out the night with Dead of Winter. The Zombies killed us off but the betrayer didn’t help us any either! 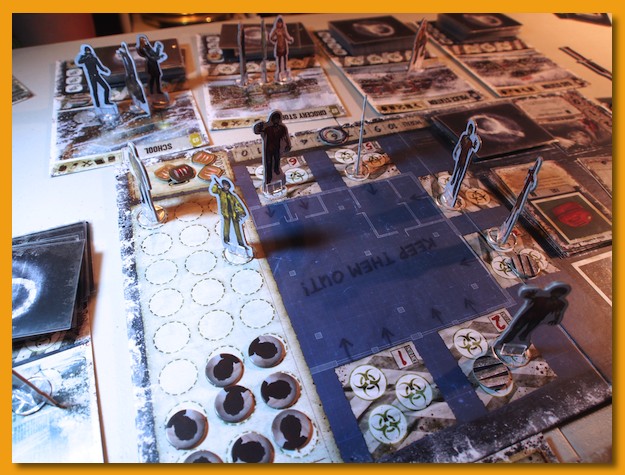 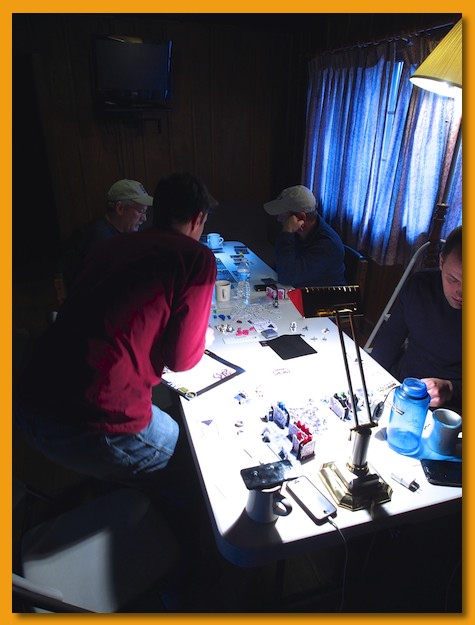 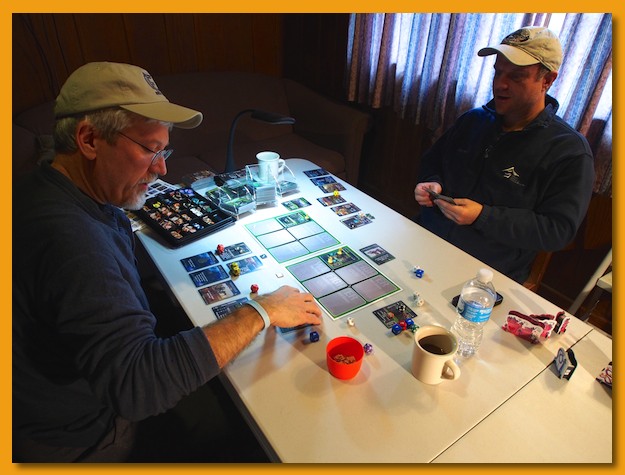 Sunday got started pretty late after our 2:30am closing time the night (morning!) before but after we cleaned up from breakfast we split up to play Steam Park and Warfighter. While the Warfighter group finished up their game, my end of the table got in games of Red 7 and Machi Koro. 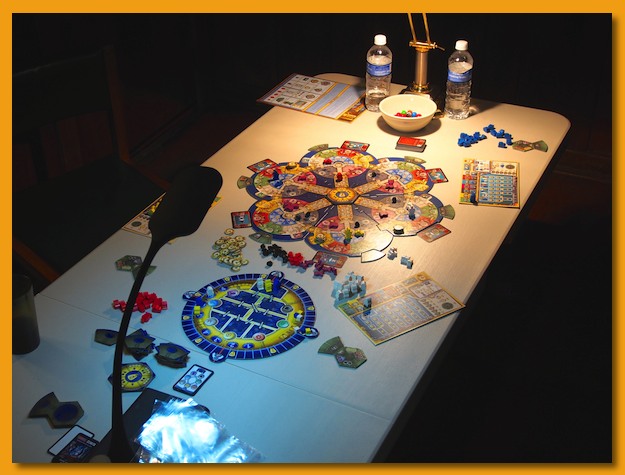 By this time, a few of the guys packed up their stuff to head back to Columbus but three of us stuck it out for the rest of the day and night with two games of Castles of Mad King Ludwig, another of Heartland Hauling with an expansion (great little game!) and I introduced Aquasphere (I like it but the other two…mmmm, not so much).

The day we leave is usually just a rush of cleaning, packing, and getting the cabin furniture back to normal before the 11am checkout but since we’ve got a well-worn pattern, we had time to play one last game of Port Royal and it ended up one of the funnest times I’ve ever played. What a great way to end the con. Guys, I can’t wait until next year.