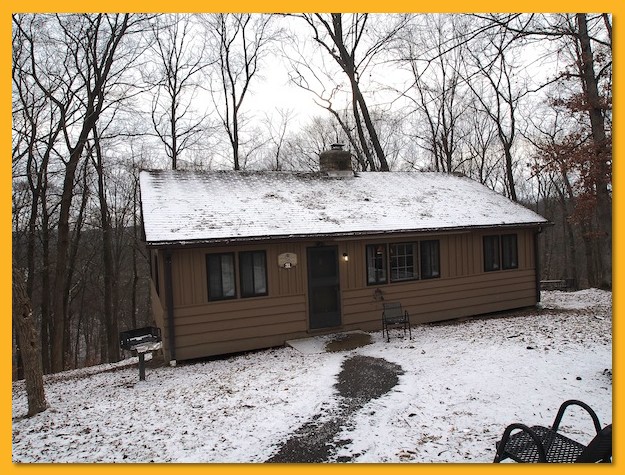 Cabin Con 2014 has come to a close. I’m still recovering a bit but after having added an extra day, we didn’t stay up as late as we had in the past and that gave us the freedom to relax, settle in, and not force anything. We’re all IT folks and have all, at some point, shared jobs at the same company so it’s common for us to chat about old times and work-related situations we’re going through currently and the games, although still an important part of the weekend, are becoming more of a backdrop to our camaraderie.

We’ve been staying in a cabin in southern Ohio (about an hour and a half from Columbus) enough years now that we’re getting pretty good at knowing how much and what stuff to bring, how to organize meals, etc. We’ve got a great group of guys that look forward to it and really help out pulling their weight. I’m really looking forward to next year. It seems so far away and then, poof, it’s over. Every time I do this I wonder if I should expand it and get more people to come but our group is so tight that maybe I should just organize a second cabin con with a wider audience rather than change a good thing for no good reason.

And on to some pictures… 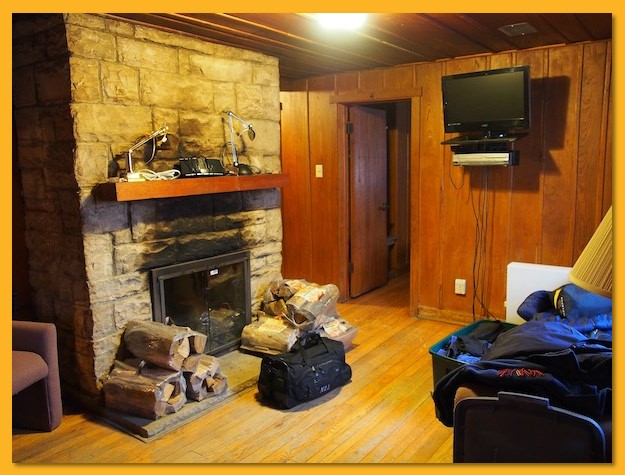 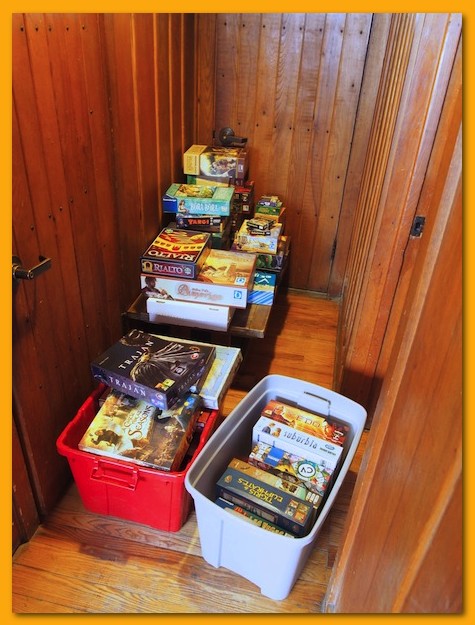 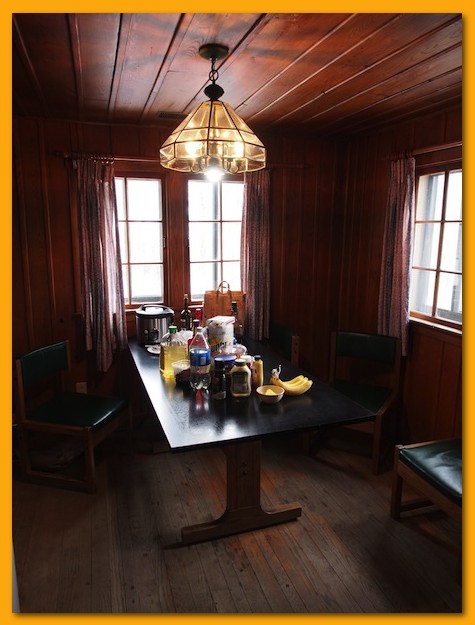 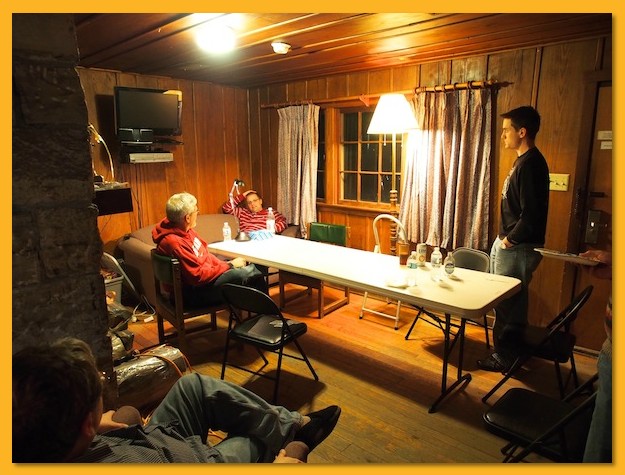 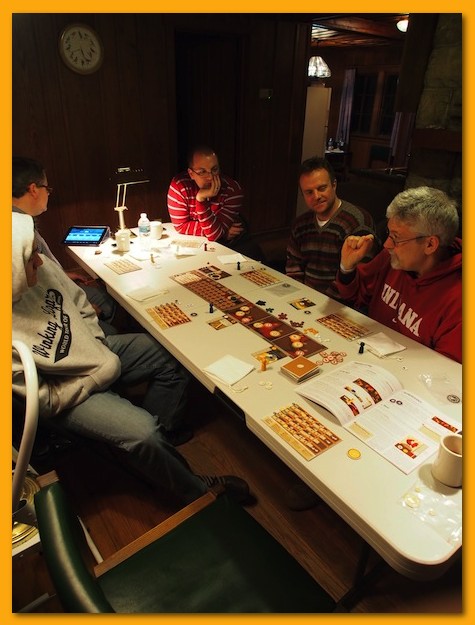 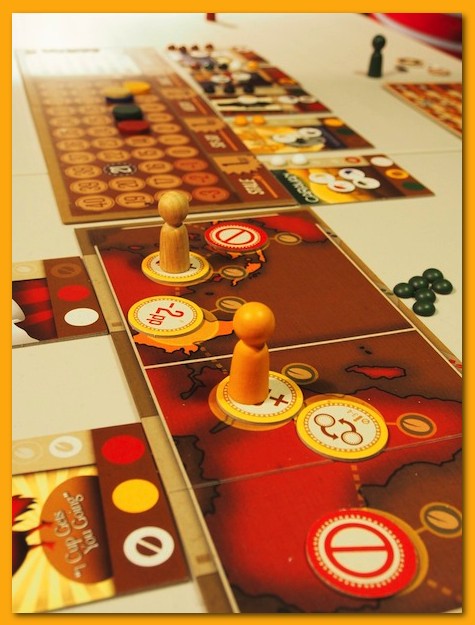 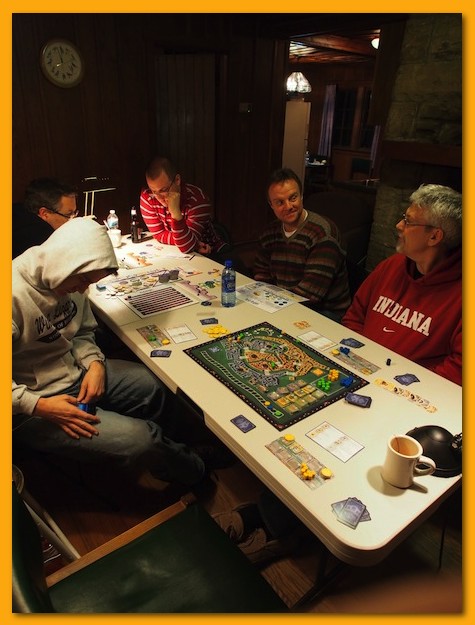 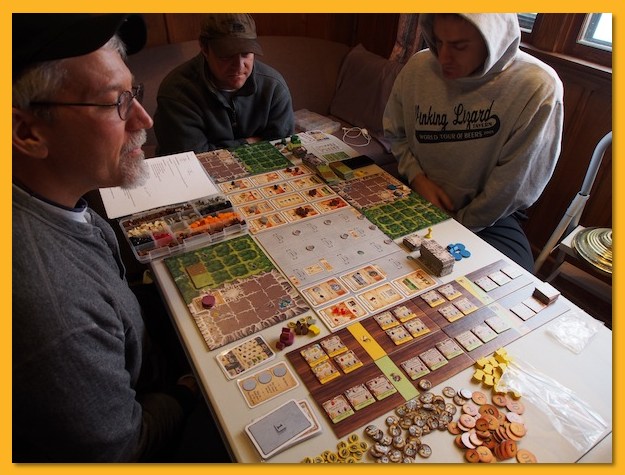 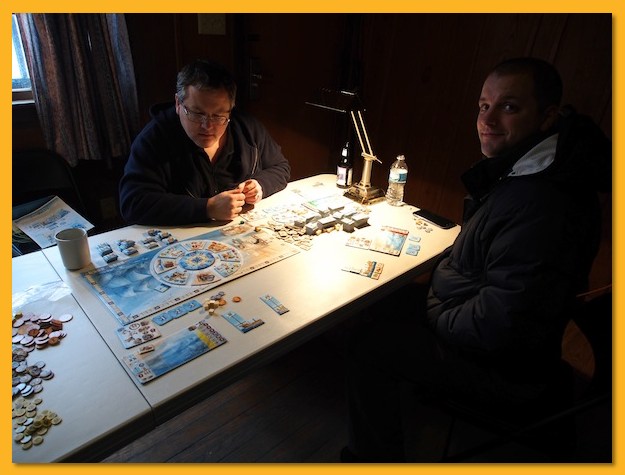 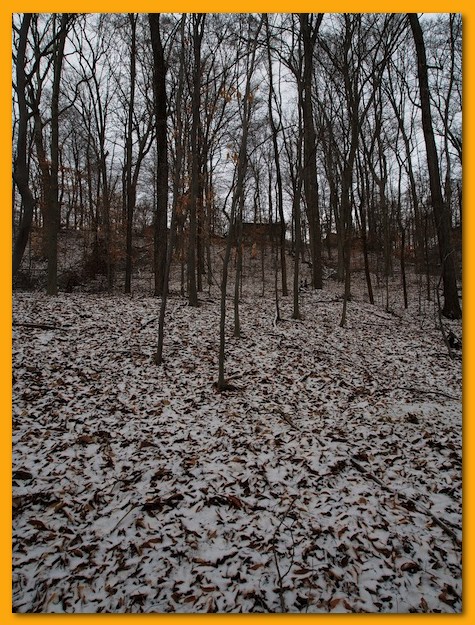 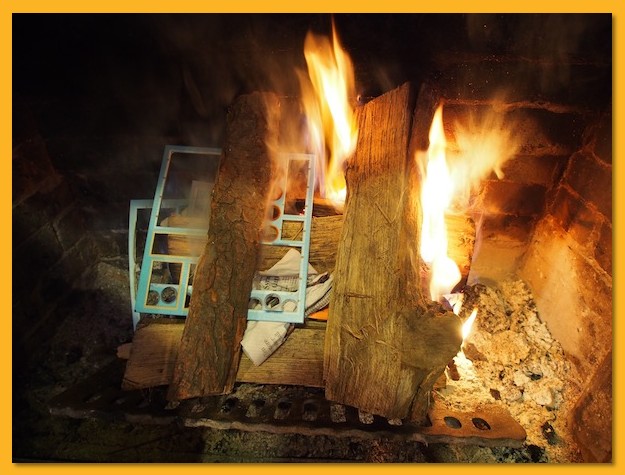 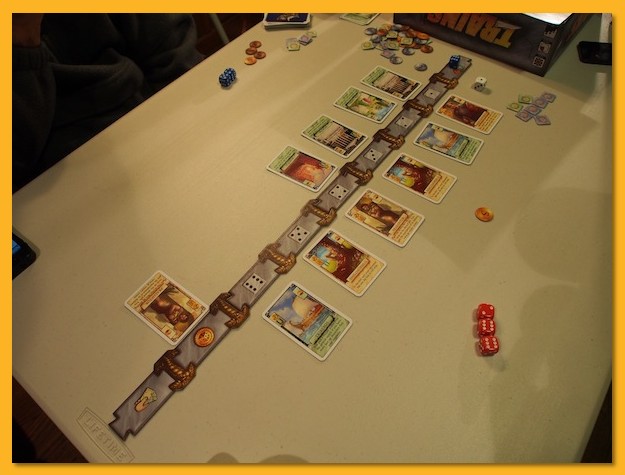 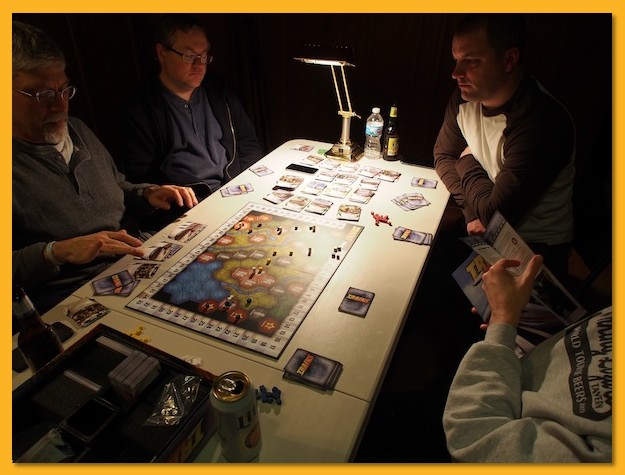 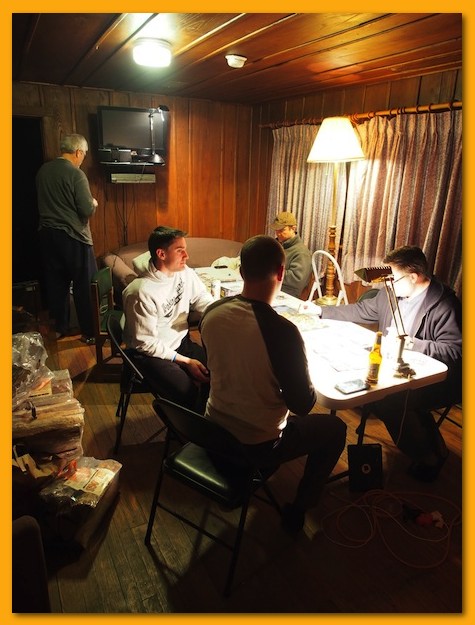 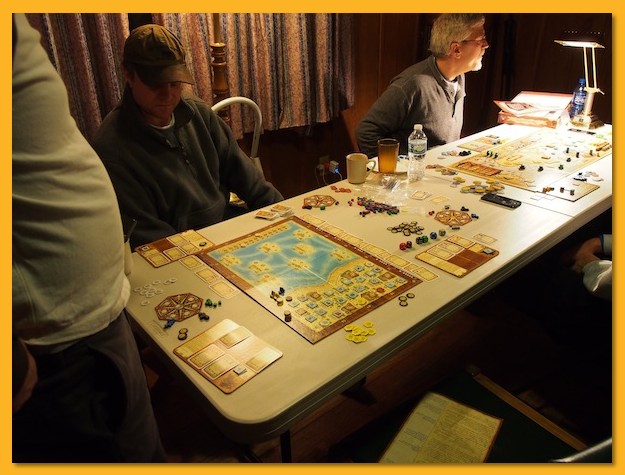 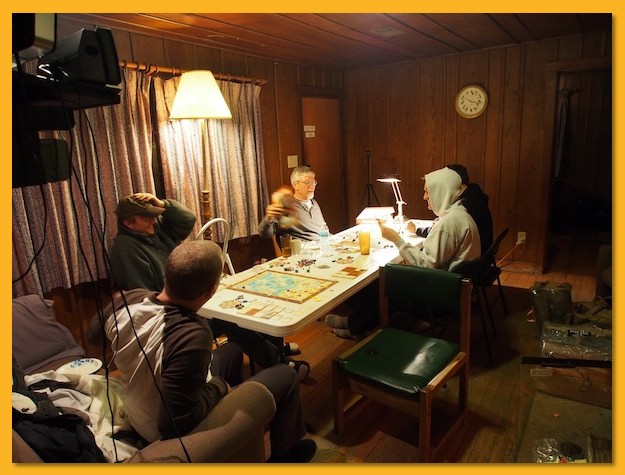 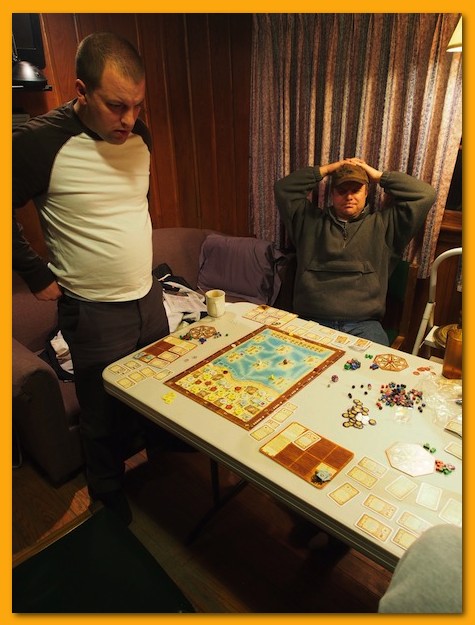 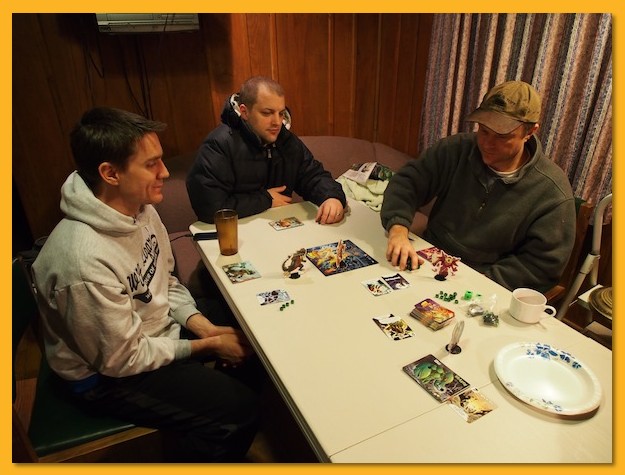 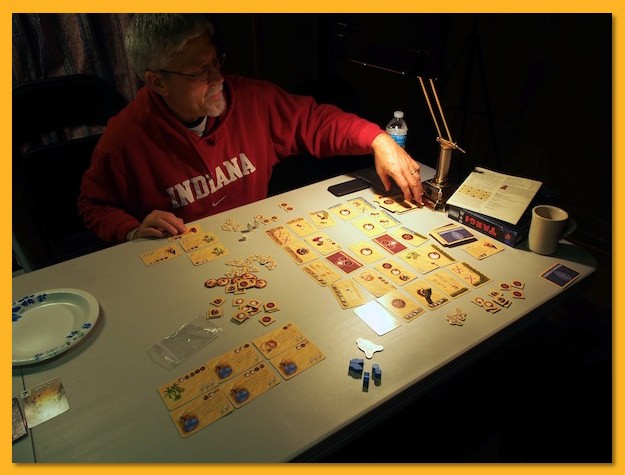 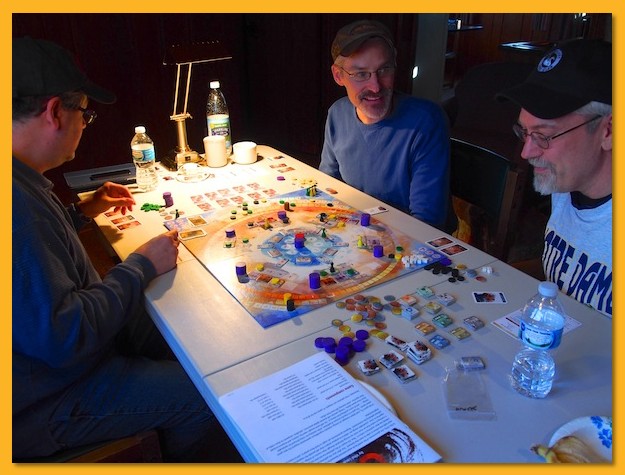 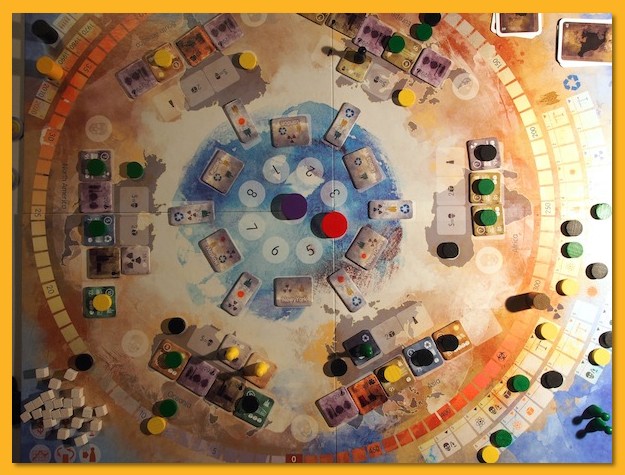 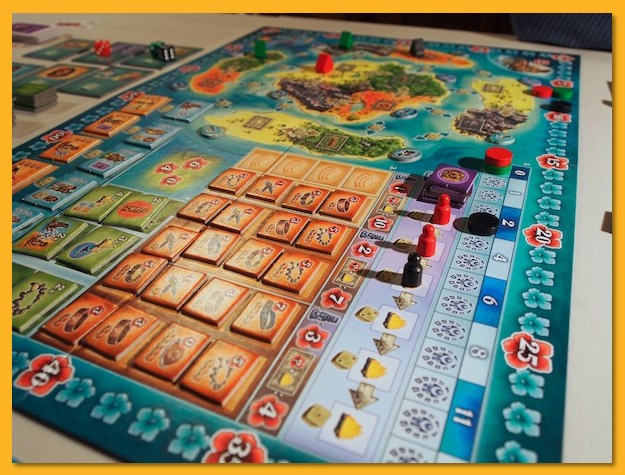 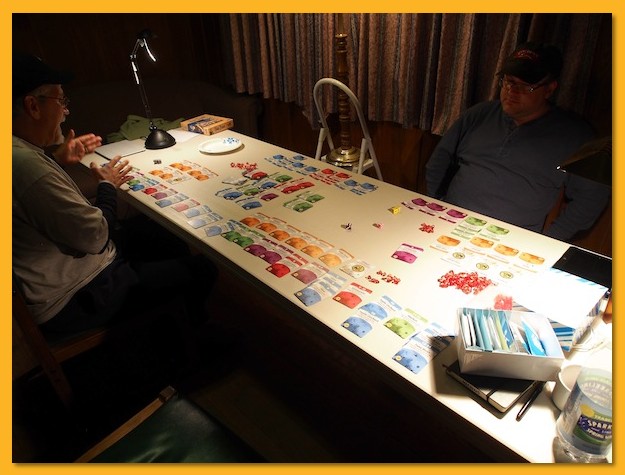