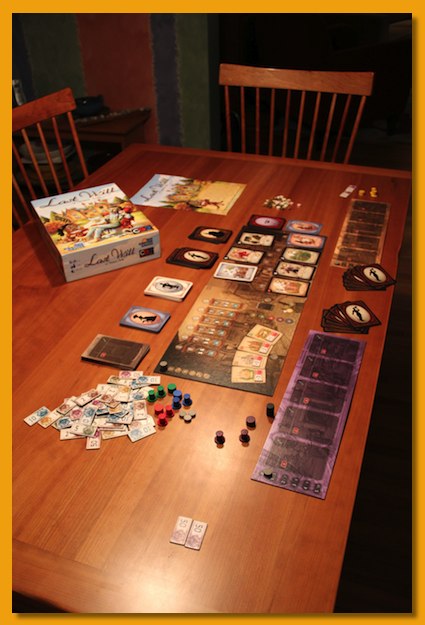 I’ve had the opportunity to play Last Will six times. I was taught the first time, had a refresher the second time, and taught the game the last three times to mostly, if not all, new players, and finally as a two-player against Lisa. And, even after that, I’m forced to admit that I have no idea how to be competitive. Strangely enough, that has me intrigued. It gnaws at me. An itch that compels me to scratch.

Last Will, designed by Vladimír Suchý, pits players against one another in a “Brewster’s Millions” style battle of being the most efficient at losing money. Att he beginning of the game, players are given a lump sum of money with the goal of being the first to go broke or to be the player with the least amount of money by the end of the game. However, it’s harder than it looks. 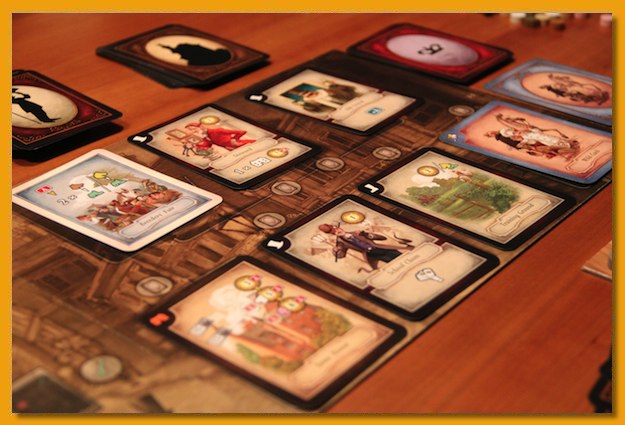 Players are allowed to purchase property and to spend money on various items every turn but if you spend money to use the property, it doesn’t depreciate in value. Although properties help players shed money quickly during the game, at some point, players will need to shed those properties to go broke. 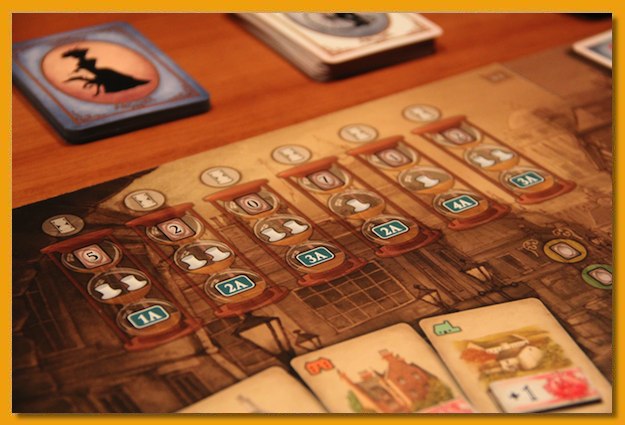 Each turn, new cards are placed face up in an area of the board where workers can be placed to take them. The earlier you go in the turn order, the more likely you’ll be able to take the card. Other places on the board allow players to manipulate the price of real-estate either up or down depending on whether one is buying or selling property (buy high & sell low!), take personal board extension, draw a card, etc.

The better players are at locating cards that work well together, the faster they’ll shed money each round. All of the times I’ve played, I’ve tended to become distracted by the power of all of the cards. There’s really not a bad one in the bunch and when I see them flipped up on the central board I tend to always want to obtain cards that will pay off at some point in the future. My spending engine is late to the party and I wind up hitting my stride a turn or two too late. 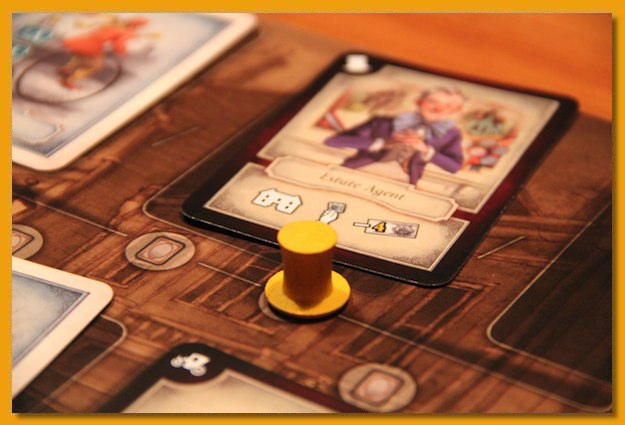 I really like the game and I’m itching to play again. However, I have found that the barrier to entry is pretty high given the number of rules and the sometimes confusing iconography. I’ve taught the game to gamers and non-gamers and they’ve been able to pick it up without issue but it just takes time to get through all the rules and various mechanics. There usually seems to be some stuggle with how many actions it takes to do things and what each kind of card does.

Even though I currently play rather poorly, I still really enjoy playing and teaching the game. I have a lot to learn to get better at teaching it. But until then, I just need to play it to scratch that itch.