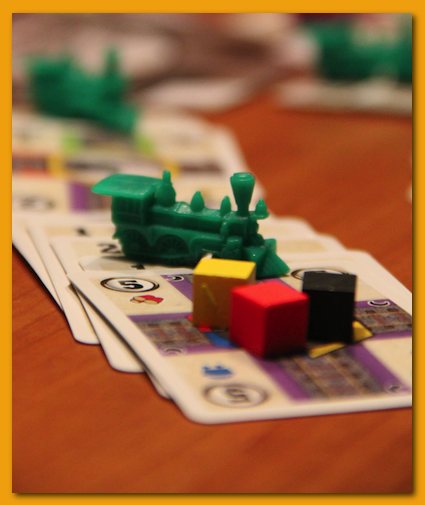 Railways of the World: The Card Game plays similarly to its bigger board game cousin in that you lay track (cards) to build new cities and you have to ship cubes from one city to another that’s capable of accepting the cube. It uses a much simplified form of scoring and there are no auctions. It plays okay with two but I’d much rather play it with more. 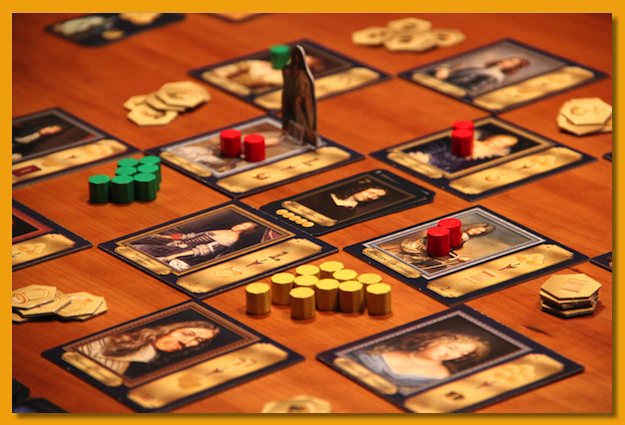 We pulled out Louis XIV again and the rules read through went much quicker this time. We both enjoy the game quite a bit with the exception of the chit grab near the end of the game. It seems a bit random but we do like the are majority mechanism during the game. 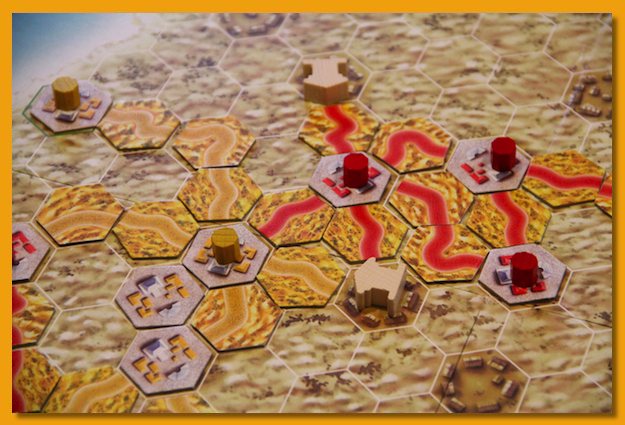 I pulled out Magna Grecia and we played for the first time for both of us. We found the rules a bit hard to follow and tremendously vague in different situations (city merges?) but it felt a bit bland for two. I’d willingly play it again with three or four to get a more accurate feel for the game. It feels like there’s something there worth exploring. 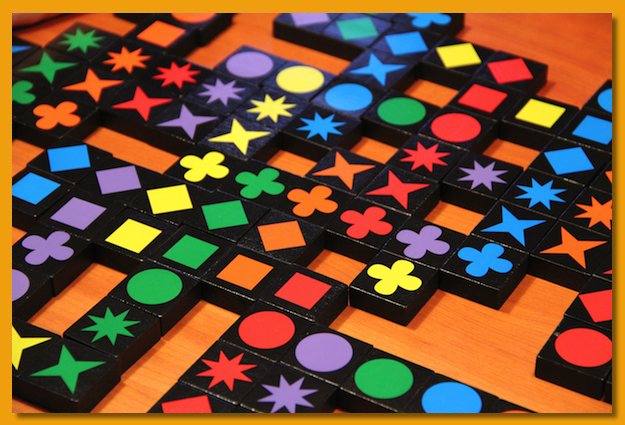 We managed to get my son to play a game of Qwirkle with us. The game is a bit like scrabble with colors and shapes and you’re pretty much at the mercy of your tile draw. It’s more of an activity and a puzzle but still worthy of something to do with family. 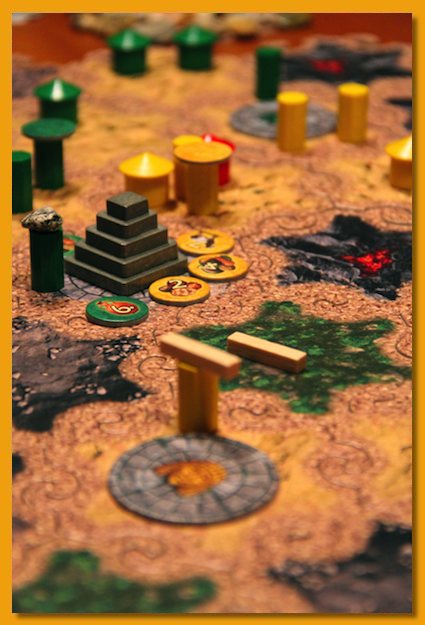 It had been years since I’d had the lid off Mesopotamia but every time I’ve ever played it’s come down to a sprint ending with everybody poised to deliver their last token to the center. Timing and turn order is everything! 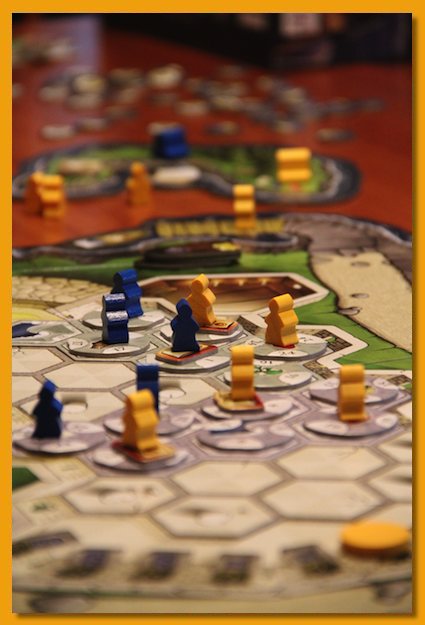 We pulled out Luna again and really had a good time. We’ve really been turned on by Feld designs and Luna is no exception. It took us a very long time to get through the rules the first time we played but we were up and running this time in short order. The game is not nearly as complex as it initially feels like it is but there are still many paths to victory and lots more to explore. 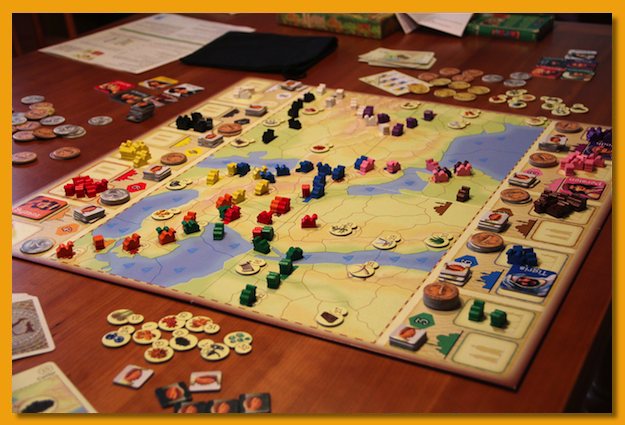 I cracked open the box on Samarkand: Routes to Riches that I received in trade and we both really liked it. It’s a simplified form of a railroad game with families substituting for the train companies. When you marry into the family you put money in the families coffers (buying stock) and when you place camels on the board (build track) you have to use the money in the family’s account (common train game mechanic). Your goal is extend family caravans into goods regions in which you hold cards to score points. Simple and easy to teach. It feels a bit mechanical but I’m sure it would be much different with more people marrying into the families. 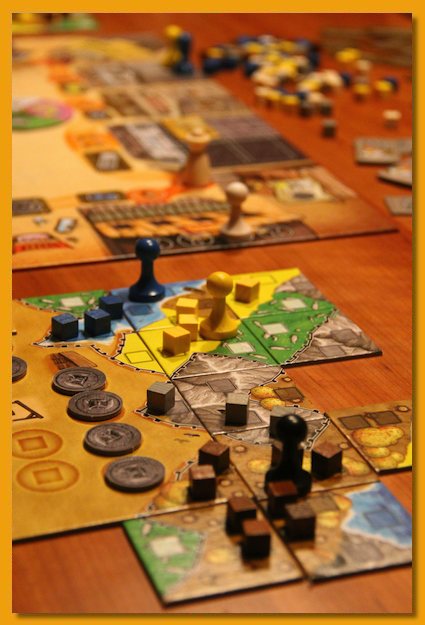 I received a copy of Walnut Grove for Father’s Day and we’ve played it twice. I like it but I would have liked it more if there were more opportunities to score points that could help you differentiate yourself from your opponents. It feels like most games are going to be one by a point or two so every move counts…or, it’s just hard to score any points at all! In our games the win has come down to who has been the most lucky pulling coins from the bag which feels off. However, I still like it and look forward to games with more players.