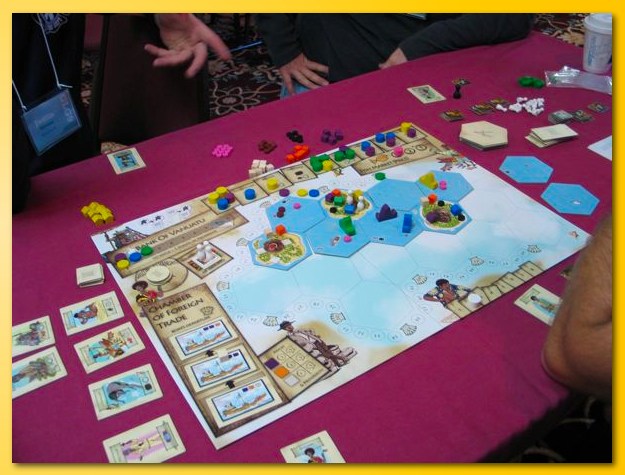 We started off with Vanuatu. This game features a really neat mechanism where players use worker placement to take actions to move your boat around between islands and ocean that come out as the game progresses. You build huts, fish, dive for treasure, sell fish, creating art for the tourists, fly tourists to the islands, fight for start player, etc. The order that you take these turns is relatively ingenious, having players vie for a plurality in the action “boxes”. You might try to program the order of moves you want but other players can thwart your plans and not allow you to take your actions in the order you expected. This game is a must buy for me. It’s on the thinky and last a couple of hours but I really enjoyed it. 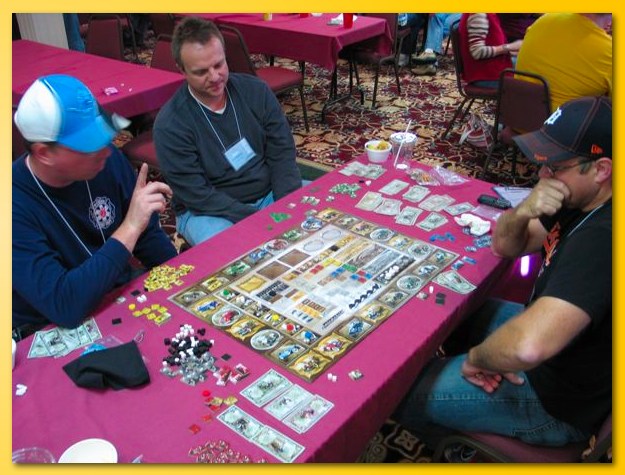 Next up was Automobile. It’s a standard Wallace game so there are penalty cubes, loans, and variable turn order as players vie for building car factories, producing cars, and selling them. However, it’s not that easy to be efficient and build the right models of cars in the desired numbers to meet a fluctuating demand. Not my favorite game so I’m thinking about putting my copy up for trade. 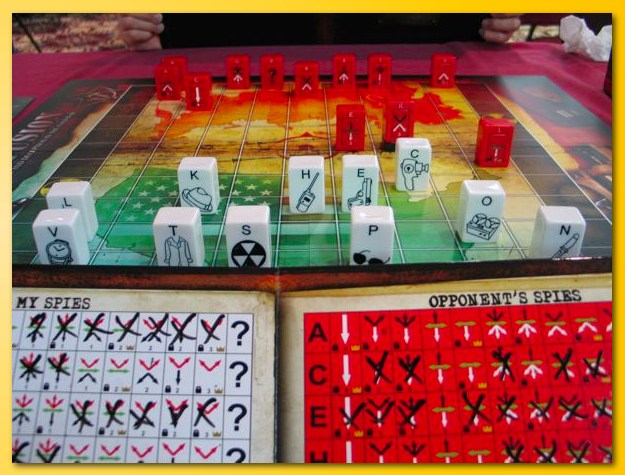 While others jumped out for some lunch we played a two-player game of Confusion: Espionage and Deception in the Cold War. It’s the goofiest title ever for such an abstract game. Players face off with chunky tiles on a chess board and your goal is the move your pieces to the middle of the board, pick up a little “briefcase” tile, and transport it to the other end of the board. However, at the start of the game you don’t know how your pieces can move and you must deduce their allowed movements by trial and error. Your opponent can see how your tiles can move and must validation or invalidate your attempts to move the piece. At one point I thought I wanted to pick up a copy but I’m glad I waited to give it a test run. 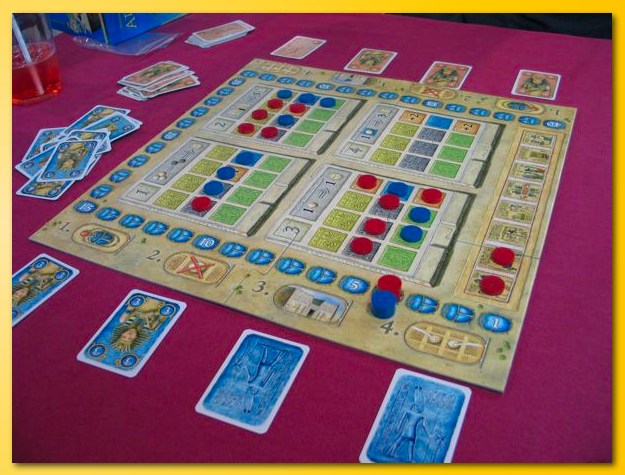 Aton is a quick little, older, two player game that we knocked off before heading into the next Essen title. 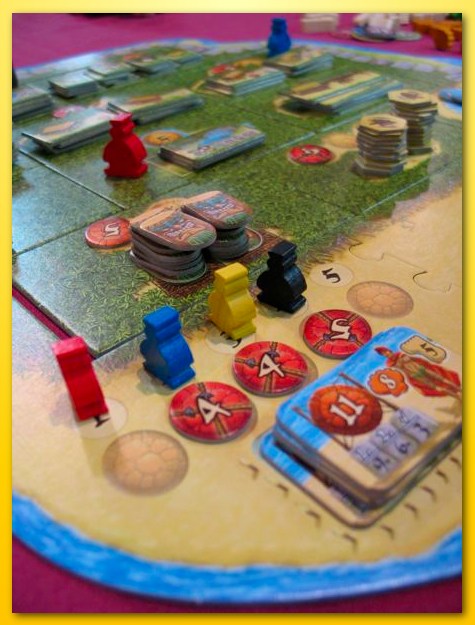 Hawaii is a fun game that’s got a lot of familiar mechanics wrapped up in some nice variability from one game to the next. Players gather “feet”, shells, and fruit and use them to travel around a variably set up board buying buildings and other items that are placed on a “Vikings-like” tableau. You must build enough in each row to extend past a scoring limiter. The game is a bit fiddly to set up but it’s manageable. I had a lot of fun playing and it’s pretty high on my want list now. 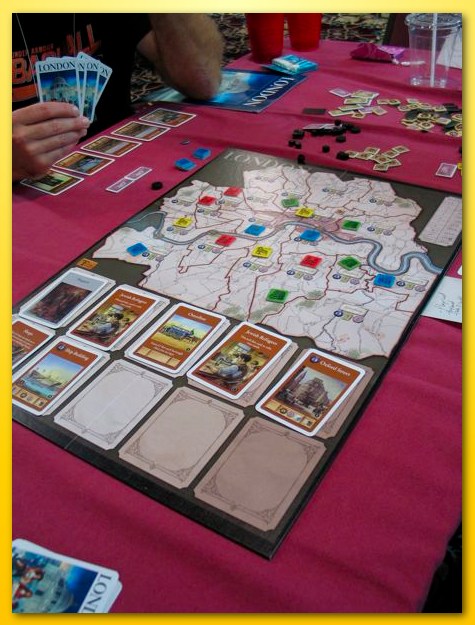 We next sat down to a copy of London, a St. Petersburg-ish feeling game of collecting cards and playing them onto your tableau and activating them to score points. Quintessential Wallace, the game includes “poverty” cubes and loans (although no variable turn order). I found it interesting but potentially a bit too much like (in feel) to St. Petersburg. 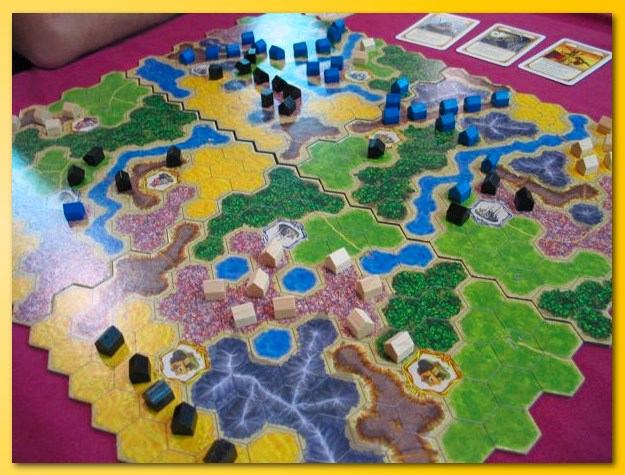 Everybody headed to bed, and I should have too, but we stayed up and played Kingdom Builder one more time. It’s almost 4am and I really need to get to bed. My brain already feels like mush.