Whew! It’s finally here. It’s almost 2am and I’ll need to keep this short so that I’m not too burned out tomorrow. We arrived at about 1:15pm, checked into our room and grabbed a quick lunch at Bob Evans just down the street. We rushed back to the conference room and quickly got into a game of Die Burgen von Burgund. 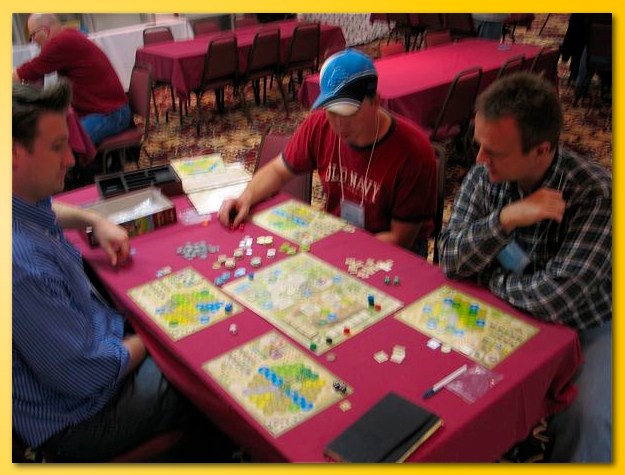 Sorry for the very blurry picture but that’s all I’ve got to show for it. I was looking forward to playing this game and really liked it. There’s a lot going on but luckily Josh Miller sat with us and taught it. The game is basically a set collection game with tiles that you gather from a central board and eventually place them into your kingdom. You use dice to determine the two actions on your turn and you’re looking to gather tiles that when played allowed you to chain actions together giving you the most points from your action buck. Like I said, lots going on but a very neat system. Lots of different boards keep things variable and interesting from one game to the next. Definitely on the buy list. 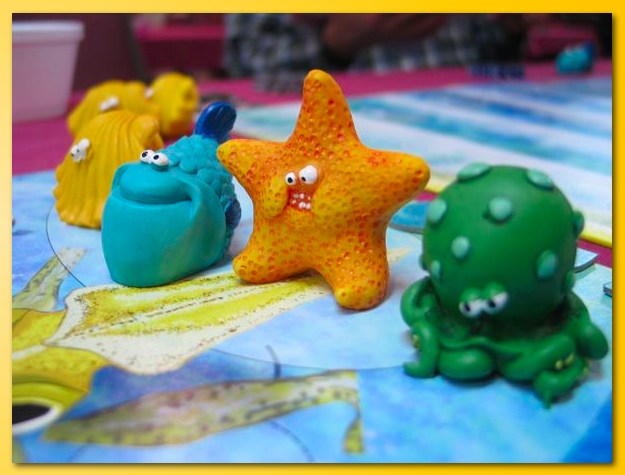 Next up was Poseidon’s Kingdom. The cute bits deceive you into thinking it’s a child’s game but wow, are the rules a challenge. In the end it’s relatively simple but still overly difficult for what’s really going on. You basically collecting dice that fall onto the board when the circular wave tips onto the board while you avoid the roaming shark. You use collected dice to “buy” points and “free your friends” from the Kraken. The Kraken Track is a bizzarre feature that speeds up the game (thankfully). At $100+ dollars…yeah….ain’t happening. 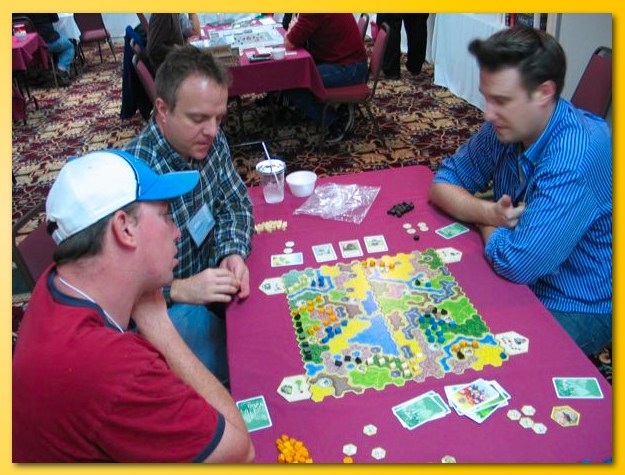 Next up Kingdom Builder. Some say it’s like Through the Dessert but I think they must be smoking crack. True, you place a number of huts on the board and you’re trying to score points by doing it, but limitations on where you can place your huts and the goals you shoot for while placing them is phenomenal for such a simple concept. The variable boards you use plus the goal cards dealt at the beginning of the game will keep this game fresh for a very long time. A definitely buy. 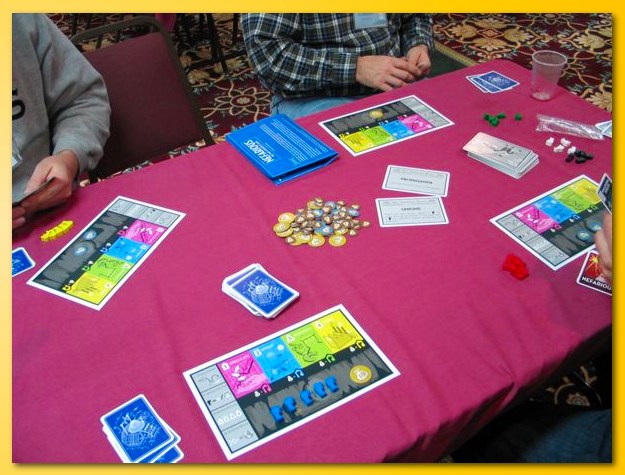 Next up was a filler called Nefarious. You’re trying to score points by “building/buying” inventions; a couple of cards dealt try to keep the game fresh from one play to the next. Mix in some 7-Wonders style adjacent player rules related to earning money on how accurate you are at guessing what they’ll play and you’ve got a game that moves very fast and can be over before you feel like you’re even out of the box. 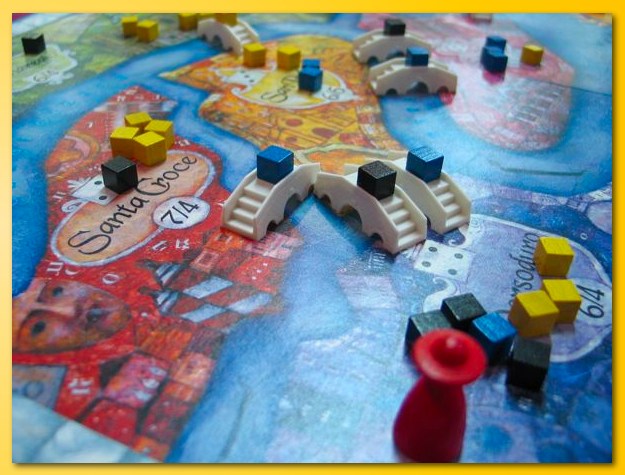 To close we played and oldie San Marco. I was not kind to San Marco in the past due to the down time on the card distribution phase but it wasn’t bad at all in our game. We played with three so the splits felt very painful. The game features an I split, you choose mechanism where cards are dealt and one player splits them into “offerings” and the other players pick them leaving one last offering to the person that performed the split. The cards allow you to perform actions on a board that play out much like a simplified El Grande board scoring points for the player with the most in an area and to the player who has the second most. I enjoyed it this time and would play ago.

That’s all I’ve got time for. It’s getting very early. Looking forward to a lot of games after a few hours of shut-eye.