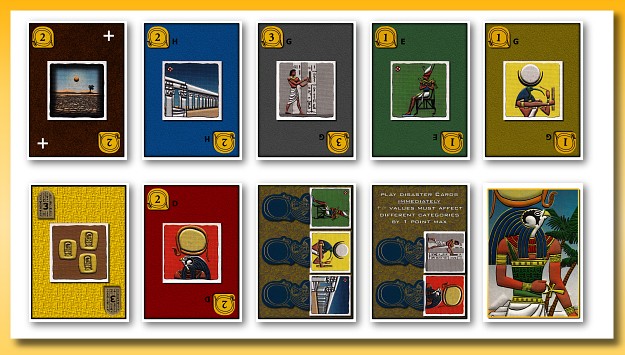 I made several attempts to find a copy of an out of print game called Scripts and Scribes but to no avail. I tried all avenues I could think of and eventually created a rethemed version for my own use by using the artwork from Ra and the services of artscow.com. This was the first time I’d used artscow and after struggling through their Silverlight UI, I managed to get all of my Paintshop Pro images composed and arranged appropriately to order two decks of cards that make up the 100+ card card game.

The image above shows (from left to right, top to bottom) a “disaster/bishop” card, a sample blue, gray, green and yellow suit card, a sample gold/money card, a sample red suit card, two cards used to set the dice on during play that determine the value of each suit at the end of the game, and the Ra graphic I used on all the card backs. You don’t get a sense of the “texture” of images and they seem a bit flat so I included some larger images below (the dice holding card and one of the blue suits). 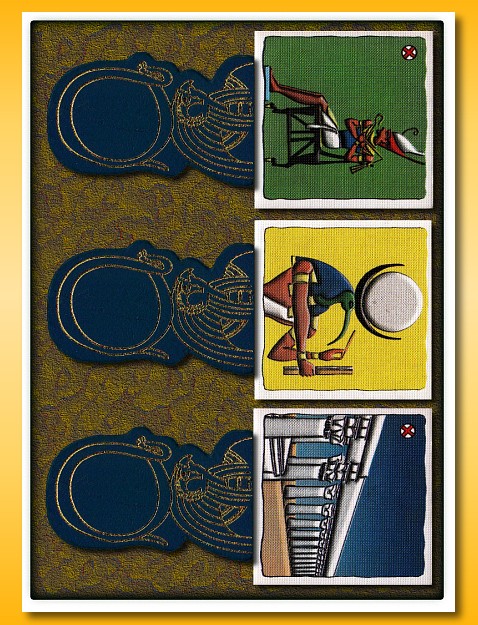 The cards finally arrived today after more than 3 weeks post email shipping notification. It’s not a wonder it took so long given it came from Hong Kong. The cards are thinner than I was expecting but the printing is quite vibrant. Unfortunately the hue seem to vary a bit on some of the cards but oddly only in some areas. For example, on some of the “money/gold” cards, the yellow tablet that indicates the value of the card isn’t the same color on all the cards. Some are a bit darker. 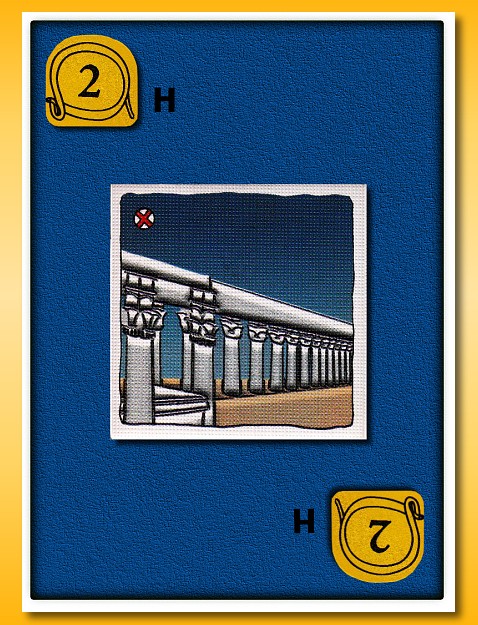 I was also expecting a bit more “edge”. My uploaded images contained a white border (seen in the images above) and I was hoping the full-bleed presentation would leave some portion of the white border on each card. As it turns out, the cards printed with no white border and luckily the iconography in the corners wasn’t cropped but it was a pretty darned close call.

It took a lot of work to make the decks and was quite costly to print but I now have a copy of an out of print game. Unfortunately, during the wait for shipment to arrive, I ran across a posting on BGG that announced that a French company has picked up the rights to the game and will be producing a version some time next year. Live and learn I suppose…