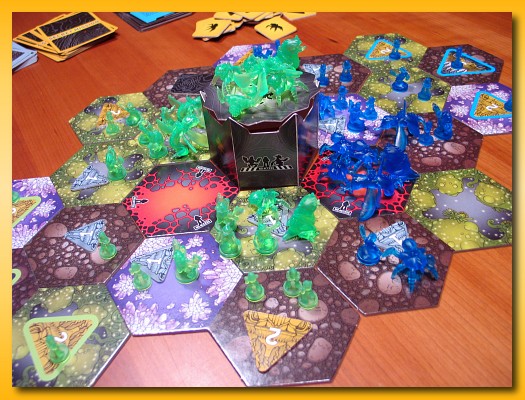 Noah and I have been enjoying Small World recently but he wanted something a bit different and suggested Nexus Ops. It’s been a very long time since we’ve played so I dusted off the box and set up for a two player Human, Fungoid, Crystalline, Rock Strider, Lava Leaper, and Rubium Dragon throw down.

He and I are the only ones in the house that like to play the game given the alien/mining/battle theme so we only get to play 2-player but we still have fun with the dice-fest. Holding the Monolith can be key for gaining lots of extra Energize cards which give you additional one-time-use “special” abilities. However, holding the Monolith isn’t necessarily the only goal. At times, a massive attack from the monolith and it’s surrounding hexes can decimate gathered enemy troops caught unaware. Knowing when to make attack, retreat, and when to “turtle” is key. 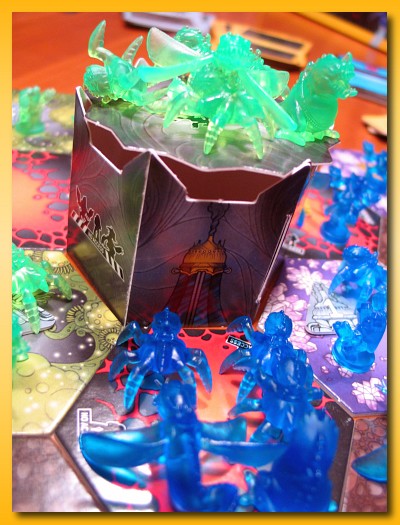 Most of our games become a mad rush to the Monolith leaving our backsides wide open for a Rubium Dragon fly in from the Monolith…but it’s worth the risk. Our eventual build up along our mutual fronts make for horrific battles with excessive losses on both sides. Basically…lots of fun working through the alien carnage.