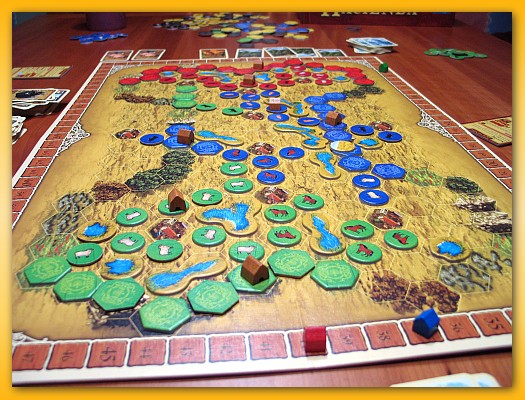 Noah joined Lisa and I for a three-player game of Hacienda tonight. I eked out a 3 point win over Lisa. It was a rather non-interactive game where we played, for the most part, as solitaire players. However, there were a few opportunities for blocking that, thank goodness, they didn’t take since I was able to link two independent land tile groups into a massive group at the end of the board allowing me to lay down water tiles with abandon. I thought Lisa had me though since she dominated the middle connecting to seven markets granting her a lot of points at the end of the game.

I really like the game and look forward to playing in an upcoming impromptu game fest.