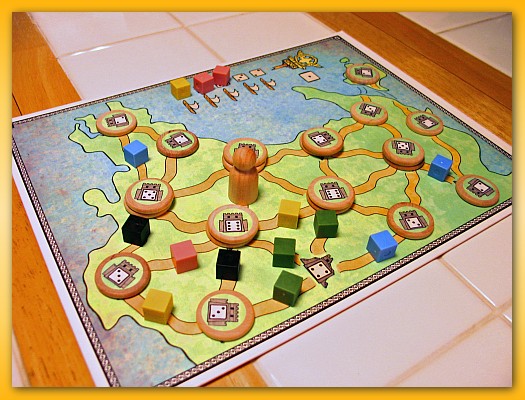 First up on the agenda was a five player game of Cambria. I’d played with all other numbers of players and really needed to get in a five player game before I started writing my review. The game was highly cut throat and very defensive lasting a bit longer than I was accustomed. Still fun but the small map does make it pretty tight with five. More on that in my upcoming review. 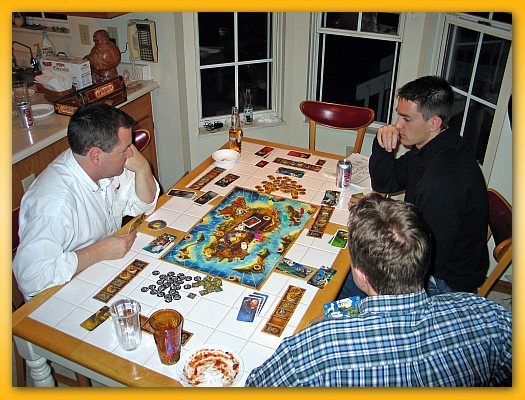 Next up was Jamaica. Nobody had played but me and with five, it also drug a bit. I ended up making a mad dash to Port Royal leaving everybody else behind the positive point line but one player at +2. Good family game but not as deep as what I normally like on game night. The artwork still rules. 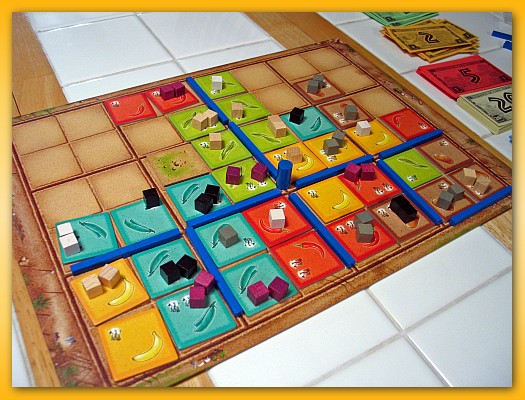 Last up was Santiago. I’d never played with five and I must say it was fun but boy was it important who was in control of placing the water. Nice game and looking to more plays.

Jared was a new player to our group. He’d played a game of Cambria with us over lunch and I hope he enjoyed the other games we played. I was glad to have another player on an otherwise lightly attended night.