I’ve recently gotten T&E back to the table several times after a long hiatus and I’ve been having a lot of fun with it. I’ve wanted to introduce the game to Lisa but I wanted to play the game on a smaller board where there would be more competition for kingdoms. In my opinion, T&E’s shines when you’re challenged with working through how conflicts will be resolved and the size of the official 3-4 player board just doesn’t force enough conflict.

So, I dug through the BGG files for T&E and found the 2-player Nile Variant board that had gotten good reviews for the layout. I was all set to attempt to print the board but then decided that the artwork just wasn’t doing it for me. I figured if I was going to pay to have it printed on poster paper, or canvas, or some such thing, I might as well spend some time seeing if I could come up with some artwork that I liked better.

So, below you can see what I came up with and I ordered a custom larger poster print from CafePress. It should come next week so I’ll post an update with the results. 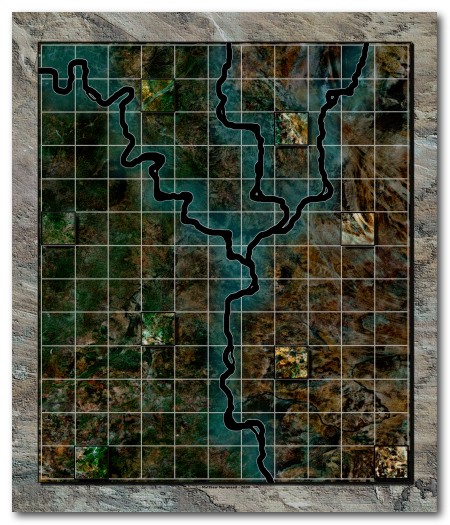