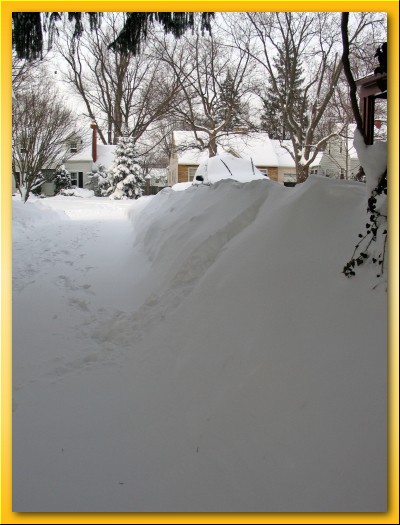 With the almost 20 inches of snow dropped on us in the last few days, the board games just had to come out. We invited some friends over and we first went sledding and for a walk in the woods. And then after a quick lunch, we sent the kids out in the snow to play and pulled out Thurn & Taxis – Power and Glory. The husband of the couple is in my normal gaming group so he is at least familiar with the style of games I have in my cabinet but his wife is not a ‘gamer’ by any means. However, once the game got under way I think she started getting into it. I had a great time with the game and thought it was a good introduction for her since the game features little to no direct confrontational play which I thought might be turn off. 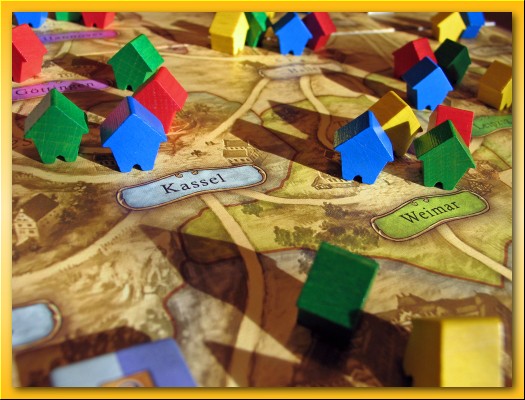 After a break to play in the snow a bit we threw some dinner together, ate, and then broke out Thebes. I chose this game since it’s a step up in complexity from Thurn & Taxis but shares some common elements in play: a field of face-up cards and an action to clear and replace all cards. I also thought, as a group, we’d enjoy the anticipation of the dig. As it turns out, I was right. There was an endless stream of whoops, hollers, and groans from the digs (especially when I miraculously pulled 6 treasures in a row for a 100% hit rate digging in green). It was a an entire day of fun with friends playing in the snow, preparing and eating good food as a group, all surrounding the game play. A fantastic day. 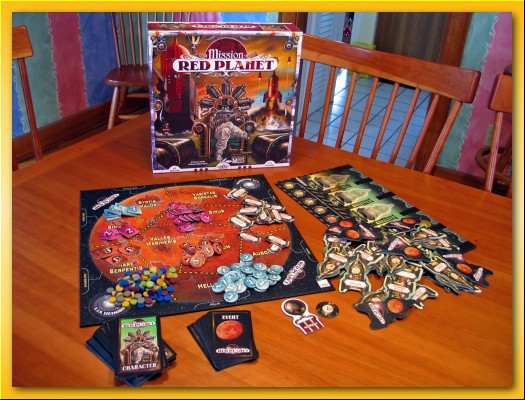 As luck would have it, my order from Game Surplus arrive the following day making me the proud owner of Mission Red Planet and In the Year of the Dragon. I failed in an attempt to trade for Mission Red Planet so I sold my copy of Pillars of the Earth for cash and turned the money over (with some additional cash) into these two games. 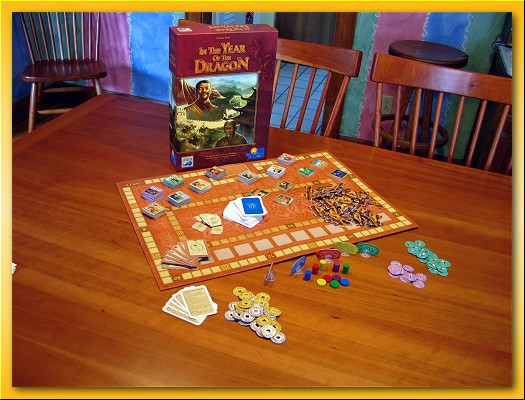 I’m a big fan of Steam Punk and Mission has it all. From what I’ve read, the game began with the theme and some artwork and they wrapped the design & mechanics around it. Somewhat backwards from most games but I’m all for it if it turns out looking like this one does.Mission hold quite a bit of chaos and elements of backstabbing but I don’t have many games of that sort and I think in the right moment and with the right group it can be quite fun.

In the Year of the Dragon is a more serious game with a victory point engine at its heart likened to Notre Dame. However, instead of just plague-ridden rats there are many bad things thrown your way all trying to tear down your engine and your ability to keep everything running smoothly. The game has been described as brutally difficult to keep the engine going. A great theme and a strong set of mechanics can’t be all bad. Sounds like fun.