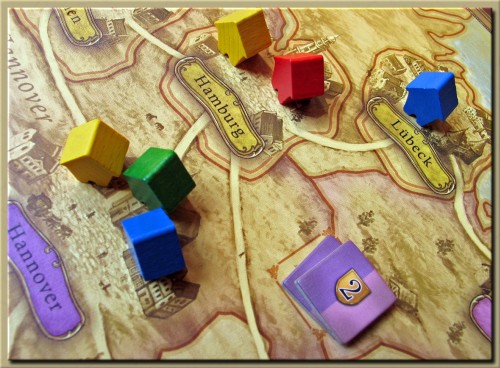 There are minor changes to the map with the addition of a single province that has two separated lobes. There are also some ‘free’ cities that are not part of any province that grant the first office a 1-point token.

Power and Glory is a strong game on its own without the base game. I like both games but I might give Power and Glory the nod given the addition of the ‘discarding’ ability.