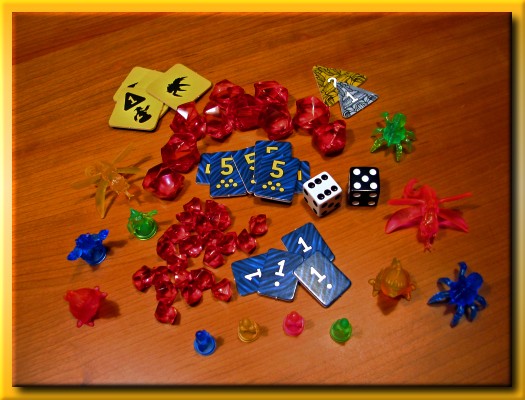 My order for ‘Rubium’ nuggets for my copy of Nexus Ops came today. The two sizes of nuggets replace the cardboard 5 and 1 chips granting a more geek-filled gaming experience. 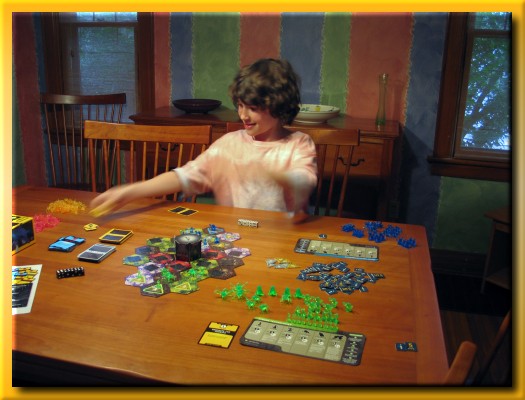 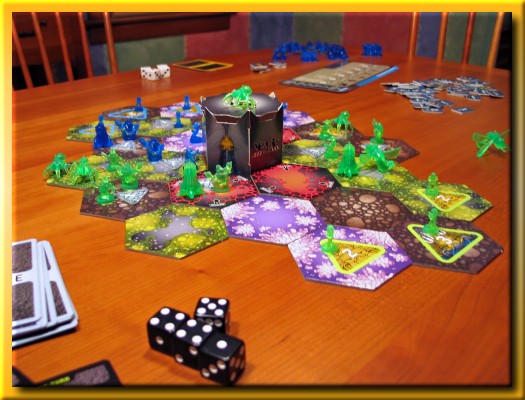 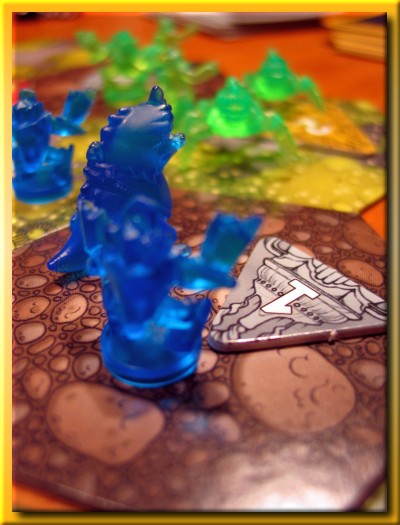 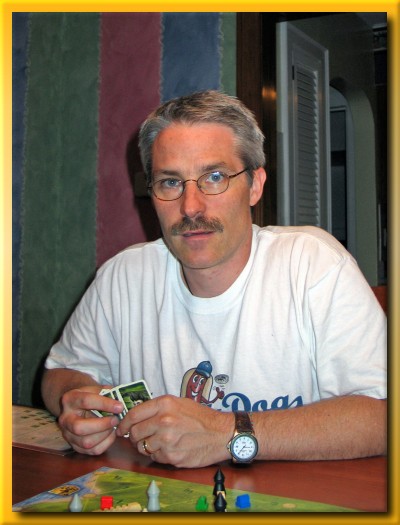 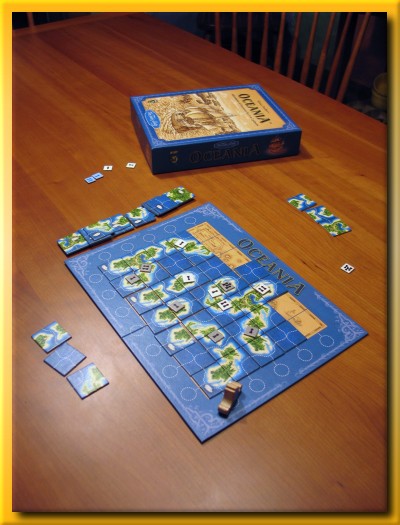 Noah and I played a game of Oceania tonight. We started out sailing on every other dotted line down both sides and across the bottom. We kept placing tiles with the land facing inward and the dotted lines facing towards the sides of the board making our lives more difficult in the future. By the time we started in on the tougher spots I was getting worried that we’d really have a tough time getting out into the middle of the board. A few placed tiles later and we broke out into the middle of the board and the race was on.

In the end, we tied at 4 points (10 – 6) with me having one three-scout tile left and Noah had no scouts. There are no stated tie-breaker rules so we both celebrated our win. 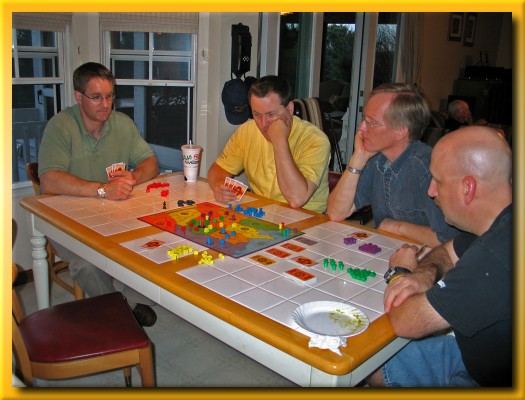 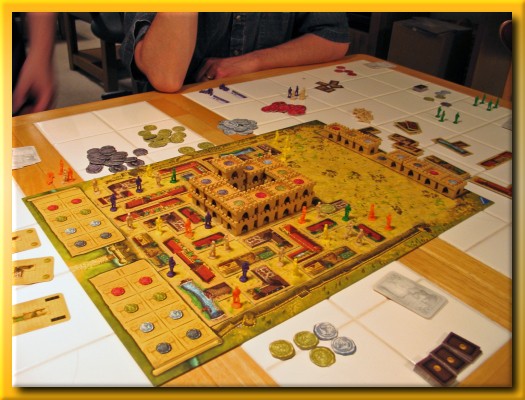