We’ve been having a horrible bit of weather the last few days and the kids have had snow days away from school. I’ve been coming home from work early to avoid the traffic and because of that, we’ve had some extra time and I suppose you can guess what’s been filling it.

Lisa and I played a two-player game of Taluva on Monday and then this afternoon, we played a four-player game with a couple from down the street. I’m really starting to like this game for more than just its looks. The tiles and the wooden bits are beautiful and by the end of the game the constructed board is stunning. Taluva has an undercurrent of Schadenfreude (take that!) by allowing players to squash other player settlements but sometimes you’ve gotta do what you’ve just gotta do. If you’re aware of the situation, you can go a long way to prevent it from happening. I like the interaction with four players each trying to get off on their own to build vertically but like ants at a picnic, your opponents are not far off and tend to gravitate towards the higher locations of the board at your expense. 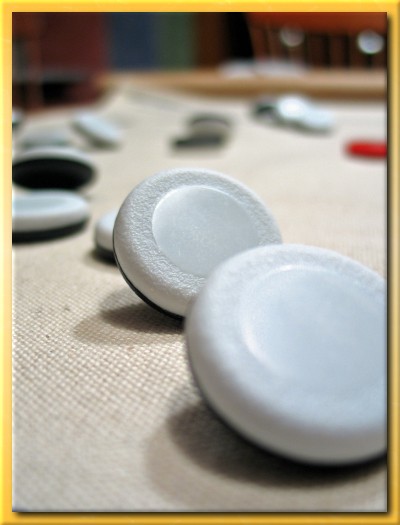 Sophie and I managed to get in a quick game of Polarity the other night. I’m not much of dexterity game kind of guy but it is kind of fun to play this game once in a while. The after game playing around with the magnets is, at times, as fun as the game itself. 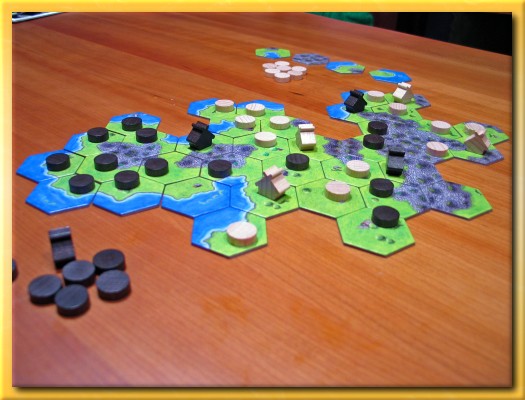 Lisa and I got in a game of Fjords. Not much to say here until I do my complete review. I’ve not grow tired of this light two-player game but I do wish that the tile placement locations weren’t quite so constrained. However, opening up more possibilities to tile laying would make it even harder than it already is to protect an area on the board. 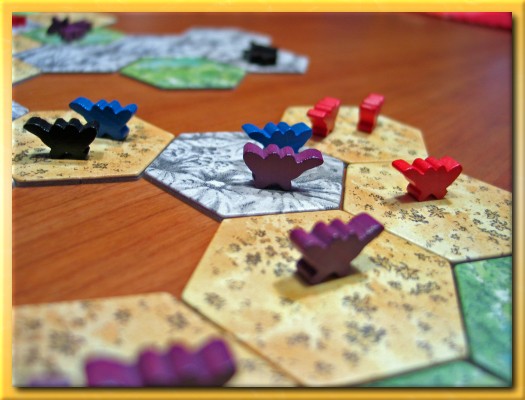 Noah and I played a two-player game of Trias this evening. Yuck. This game stinks with only two players. I haven’t lost hope that it’s better with more players but I don’t think I’ll play it again with two. The OCD in me kicks in a bit because the tiles get jostled quite a bit during play and the distance a tile is from the south pole is important. After a lot of drift it’s hard to tell what’s possible if you’re not keeping things lined up properly. I think playing the game on a felt mat printed with hexes would be a drastic improvement. The bits are pretty cool looking but those dinos are extremely tiny.