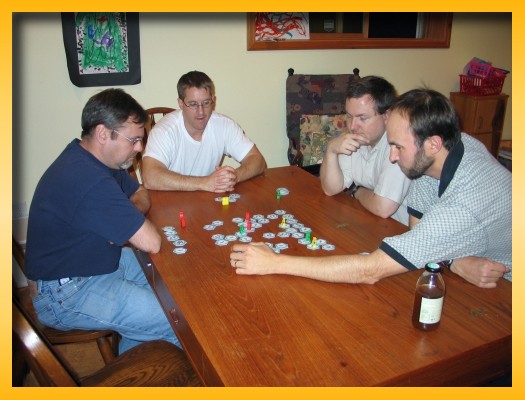 We met at Tim’s house for AGN October 2006. Thanks for hosting Tim! First up was Hey! That’s My Fish!. I sat out while Rich taught Ken, Mat, and Tim. HtmF looked like a pretty neat little logic puzzle that would translate well to a solitaire bot-style game on the PC. I think it came out again later in the evening as a closer with Rich, Ken, and Keith. 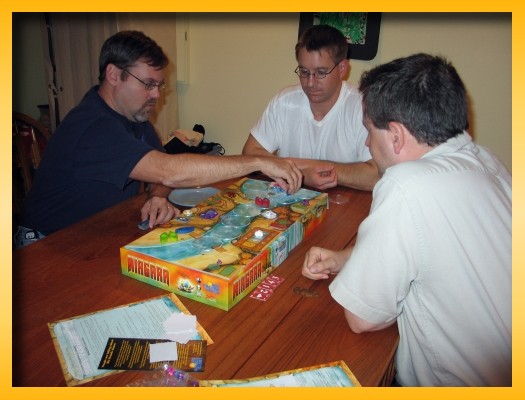 Once I finally got off a call, we split into two tables of three with Ken, Rich, and Mat playing Niagara. The playing time is listed at 45 minutes but I hear it really drug out due to everyone fighting to not go over the falls. 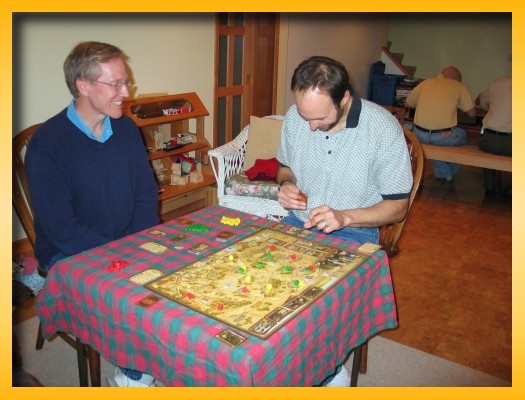 While Niagara was being played at one table, I taught Paul and Tim Thurn & Taxis. 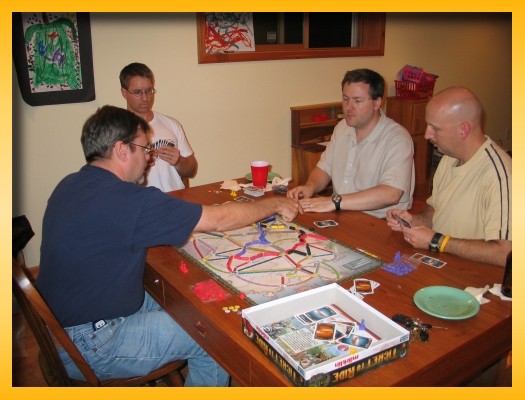 When Niagara was finishing up, Keith showed up and that table broke out Rich’s new copy of Ticket to Ride – Märklin Edition . I’ve never played but it sounds like the inclusion of passengers into the mechanics is a great addition. Many popular game series wear thin with new rules/mechanics/themes in hopes of extending the life of the series but I think Days of Wonder hasn’t spoiled it yet. Many more TtR variants though and the game will clearly Jump the Shark.

My table pulled out Carolus Magnus. Carolus Magnus is in my opinion one of the best three person games you can find. I love the tension of deciding where to place your cubes, trying to out-think your opponents, hoping for the good roll. For new gamers, the game looks a little intimidating but it’s very easy to learn and before you know it, new players will be scratching their heads in frustration as to how best to move. Good stuff.However, I don’t recommend playing Carolus Magnus on this tablecloth! 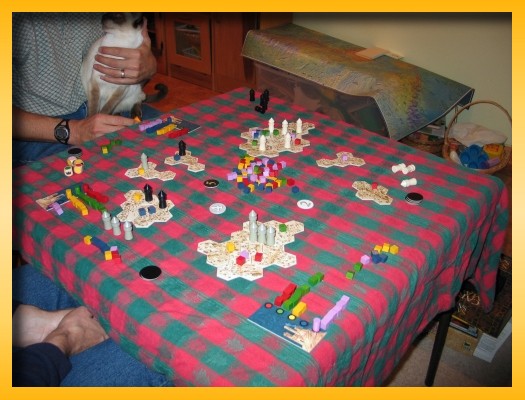 That’s all I’ve got. If anyone wishes to add more info about what transpired (especially at the other table), feel free to add some comments.