I’ve been tracking the progress of the number of plays of Ingenious and Coloretto and today, for the first time, Ingenious (currently at 13,668 plays) has seen more plays than Coloretto (currently at 13,612 plays). Clans came in a distant third with only 4290 plays. In any case, keep enjoying the games. 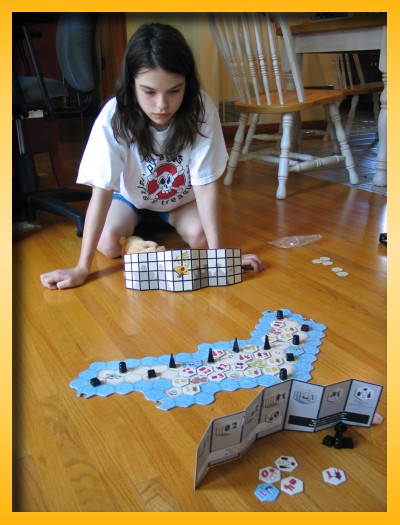 Sophie and I played a round of Samurai and she beat me fair and square. After the game, we talked about what we would have done differently and I was able to see that I lost the game on my last play. I had the majority of High Hats, Sophie had the majority of Buddhas. I was racing for the fight for the majority of Rice Paddies. However, what I should have done was to remove the last High Hat ending the game before the Rice Paddy battle was resolved. Instead, Sophie outwitted me with the ‘switcheroo’ tile swapping a Buddha for a Rice Paddy and whammo, I was dead. Good job Sophie! 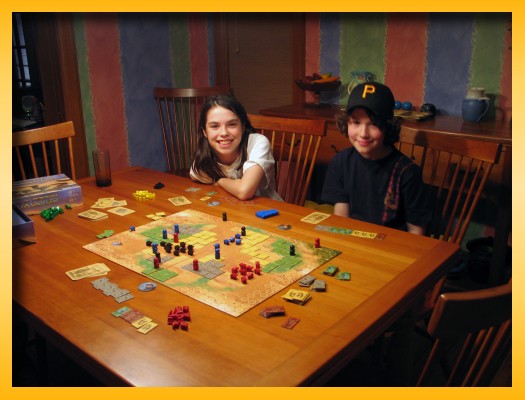 I spent the afternoon on my first ‘full’ detailing of my Mini Cooper S but later in the day we managed to get in a game of Oasis designed by Alan Moon and Aaron Weissblum. The game ranks a 7/10 on BGG and it was on my list to check out from the CABS game library. The kids and I sorted out the pieces and decided to give it a go.

The game is conceptually very simple. It’s an area control game to same degree but there isn’t the direct conflict that you’d get from China, El Grande, or even Carcassonne. Players, instead expose offerings in a San Marco/Andromeda-esque fashion in an attempt to lure other players to select their offering of cards. Once selected, players resolved the actions of the cards they’ve taken and the round ends.

The offering cards allow players to place tiles on the board in one of three flavors: Steppe, Oasis, or Stony Plains. Groups of adjacent tiles are owned by individual players indicated by one of four pawns each player possesses at the beginning of the game. Tile placement restrictions are few and relatively lenient. In general, there are no direct conflicts between players beyond laying tiles that block expansion by rivals. Tiles are never removed and no merges are allowed.

In addition to tile placement, offering cards allow players to place Camels on the board without restriction, grab additional offering cards, and most importantly select scoring tiles in one of four flavors: Commodity, Ovoos, Watering Hole, and Horses. The scoring tiles correspond to the four items you place on the board Camels, Stony Plains, Oasis, and Steppe respectively. When a player collects a scoring marker, it’s placed face down in front of the player and held until the end and used in the final score calculation.

The game ends at the end of the round when an offering is taken that cannot be fulfilled with the items left on the board. Each player places a token on the 0 spot of the scoring track and the scores are calculated as follows: 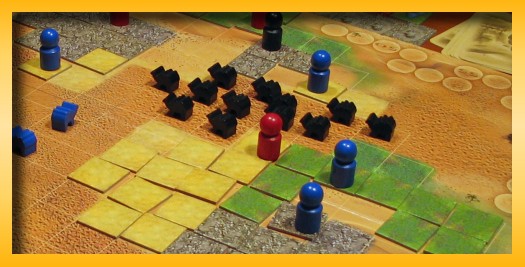 The game is enjoyable, moves quickly, and is great for kids. The low amount of direct conflict and backstabbing (or at least the ability to play the game in that fashion) helps the younger kids feel like there are no bad plays. The game is, however, not just an offensive game good for kids. There are plenty of decisions to be made concerning how many cards to offer, how to entice the number 1 player to take your offering so that you can secure the first position in the next round. The decisions as to where and how to place your tiles and which tiles to focus on certainly tingle the game senses.

On the downside, I felt the game lacked something when played with three. The offering choices are very limited giving the game a more random feel. I don’t expect that adding more players will pull the game into the realm of high strategy but with three it’s certainly an exercise in tactical sparring.

Regarding the offerings, I’m curious if there exists a variant where players are allowed to see all and/or some of their offering cards. I’ll have to dig a little on BGG to see. However, I’m sure I’m jumping the gun and I should stop and enjoy the game as the rules are written before making any rash judgements.

Overall, Oasis is a good game and I’d be happy to add it to my game collection because of its quick play, ease of learning, low level of direct conflict good for non-gamers, kids, and/or light play. 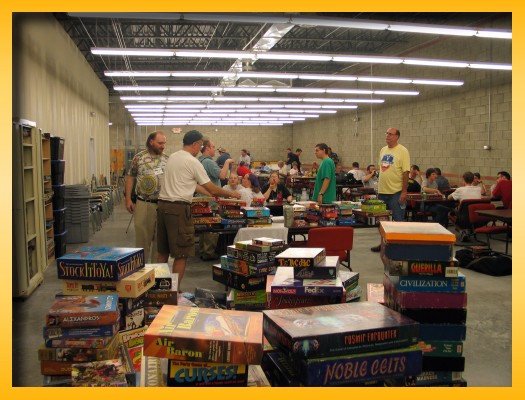 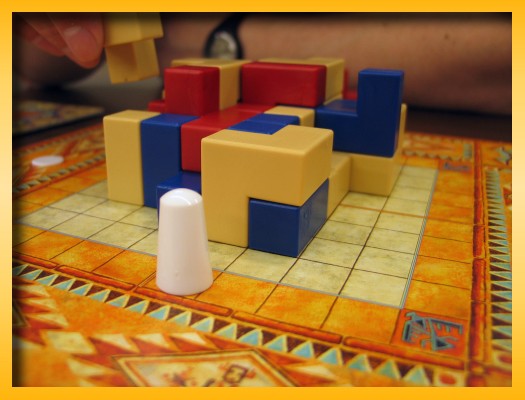 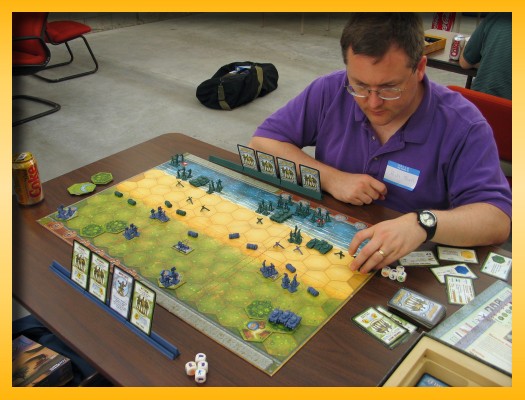 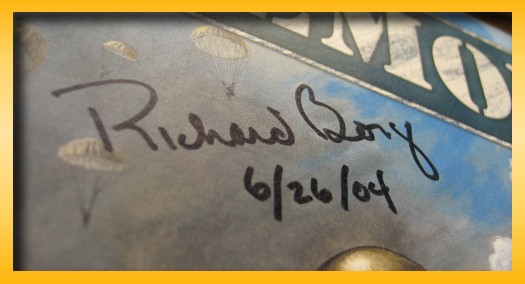 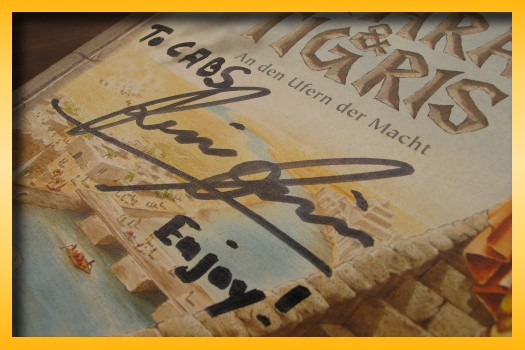