Hmmm…where do I start? I know, thanks for hosting Paul. As always, I had a good time.

First up, I introduced Hansa designed by Michael Schacht to Mat, Ken, and Paul. Hansa is, strangely enough, one of my more favorite games. Many if not most gamers, classify Hansa as dry but that’s such a nebulous term. Regardless how you classify it, the rules are simple to understand and the game unfolds in a very non-chaotic manner. The ‘screw you’ aspects are kept relatively low although consciously moving the boat to present a barren landscape for the next player is an important part of the game. On the negative side, there is really not a lot a player can do when playing with four to prepare for their next turn. In general, I think the group liked the game and would play again but it’s not something you get out and play all the time.

Mat had to leave after Hansa since his young son is sick but as luck would have it Tim and Keith arrived to give us a five-some for the next game. 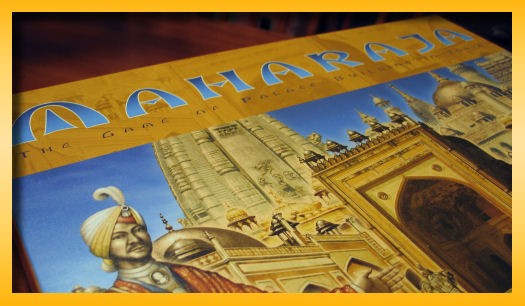 Keith chose Maharaja: Palace Building in India by Wolfgang Kramer and Michael Kiesling. He had no memory of playing the game before during our AGN Late Show but as you can see, although physically present, he must have not been mentally sharing the playing area. 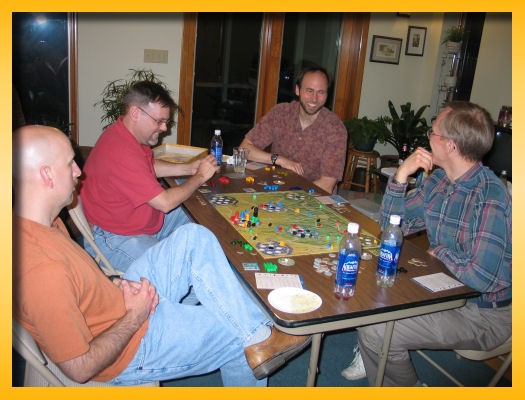 Making up for the lack of ‘screw your opponent’ moves in Hansa (or falling in line with the strong theme of the evening depending on your perspective), Maharaja is big on messing with the best laid plans of your opponents. The game was an extremely protracted exercise in making mistakes. There was a lot of palace building out ahead of the positioned Maharaja which triggered pitched battles of governor track movement. I bungled late in the game by not choosing to build my final palace on my action disk…DOH! In the following and final round, Paul built his final palace, Keith messed up like I did and didn’t build his final palace, and Tim and I built our final palaces. Tim eked out a 1 dollar victory in the tie-breaker against me (!!!). Man…I love to hate this game.

I think most in the group feel that the game is too long for what you get out of it when play is slow. Maybe I should throw an egg timer in the box and limit the think time to that. I’ve played the game in other situations and faster play does make the game more enjoyable. Ken expressed the opinion that he’d rather win a game from strong logic than chaotic happenstance or backstabbing but you have to take that with a grain of salt given that he’s still bitter from a roup gang up on him during a game of Diplomacy some 10 or 12 years ago. 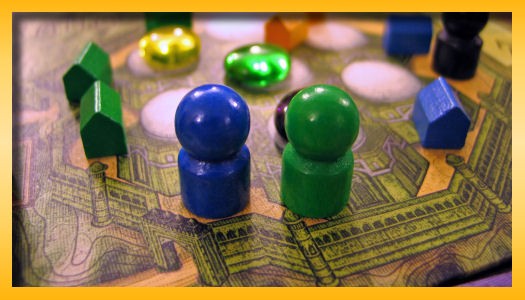