Noah had some free time with mom and dad this afternoon while Sophie was away with a friend. He helped me pull out the 28 foot extension ladder so I could get up and clean out the gutters and by the time I got inside from mowing the yard he had a game picked out. He’d been wanting to learn Tikal and I thought he was old enough to grasp at least the mechanics with the strategy and tactics coming later. 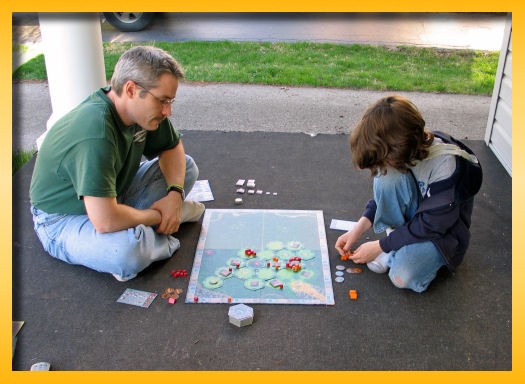 We started playing inside but after the first few turns we decided to finish outside on the front porch in the sunshine. 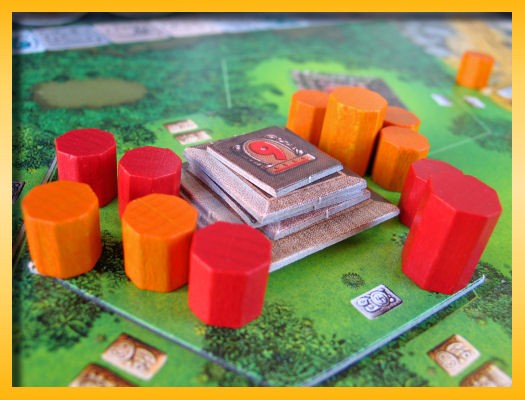 As I suspected, Noah fully grasped the mechanics without any problem. He became fixated on one particular temple early in the game and he did everything to keep me from getting it. He abandoned much of his position on the board and ended up losing several of his men when he placed the guard on top of the temple. 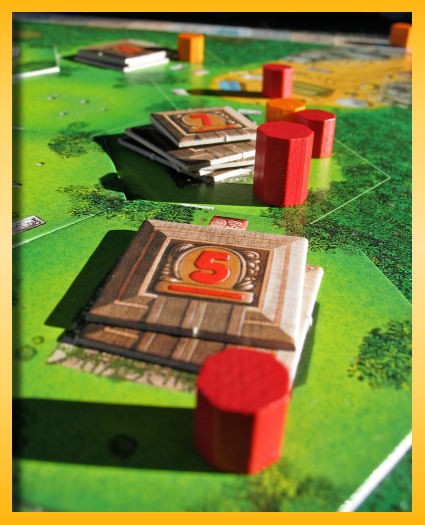 Doing so left him at a real disadvantage at being able to have enough explorers to teleport around through his base camps to attack other temples and to dig for treasure. All in all though, he did a great job. I really like playing outside and the artwork of Tikal looks twice as appealing in the late afternoon sunshine. 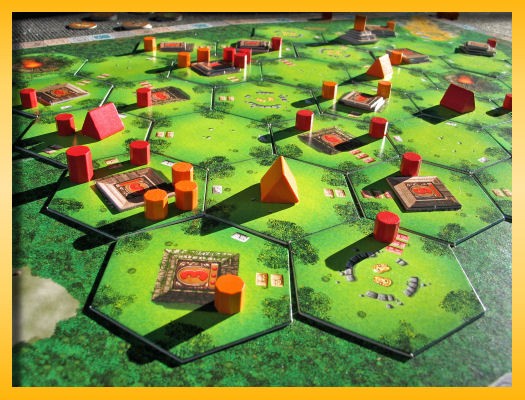