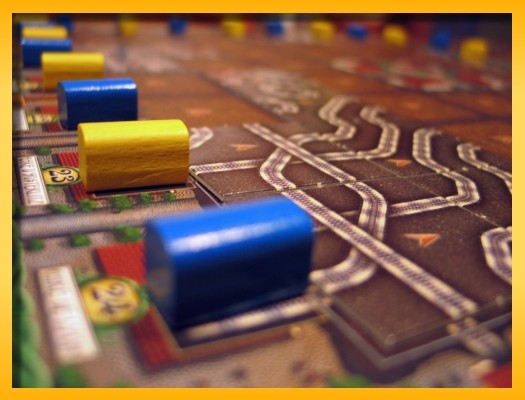 While Sophie was finishing up homework and practicing piano tonight, Noah and I got in a game of Metro designed by Dirk Henn. Metro is one of those games where you bide your time and by mid-game you might feel like you’re on the ropes and really behind. Noah was racking up some impressive runs but I was keeping him out of the center station. Near the end my scores started pouring in for a clear win but I really did start to get a little nervous. 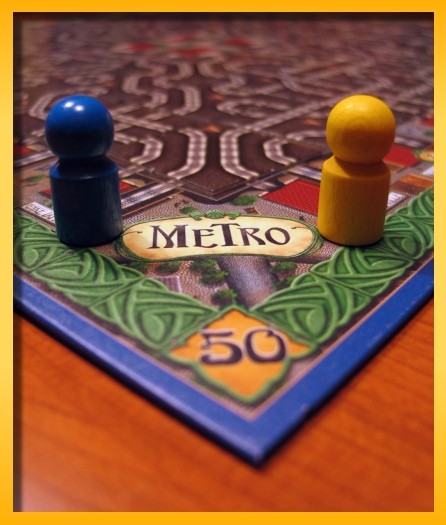 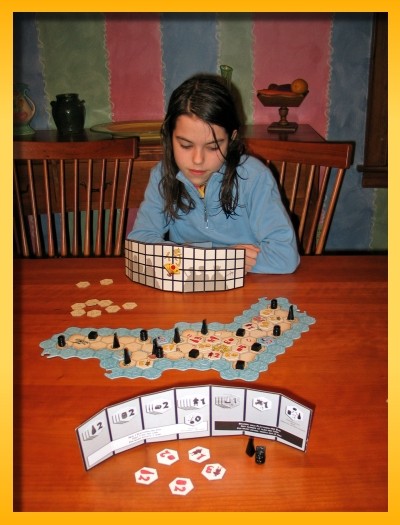 After Sophie finished up, she and I got in a game of one of my favorite Knizia designed games, Samurai. About two-thirds of the way through the game I had the win locked up. I just needed to take the last High Hat leaving many Rice Paddies and Buddhas still on the board. Sophie wanted to play longer and have a chance of beating dad, so I refrained from taking the last High Hat while trying to win another way. As it turns out, four of my last five tiles were Buddhas and I had no chance to capture the last Rice Paddy I needed to secure two majorities. So in the end, Sophie did beat her dad winning two majorities. Sophie played a good game and made great use of the swapping tiles and the ability to perform multi-tile lays on your turn. Good job Sophie. 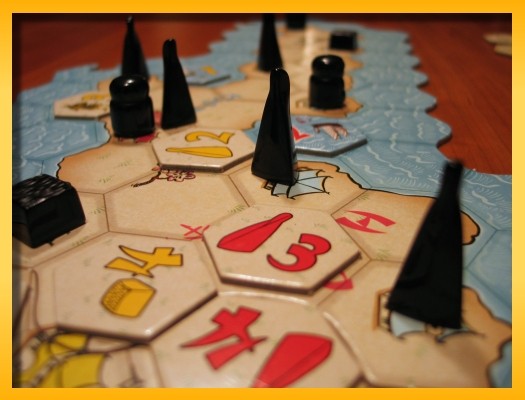