Yesterday morning, I considered myself a seasoned gamer; a journeyman; a ‘player’. By this morning though, I realize I’m just a novitiate. I joined CABS last night and I’m going to need to recalibrate my inner gamer or have it thrust upon me. Strictly speaking, a novitiate is someone who has:

…entered into an intensely spiritual period during initial formation in which a candidate comes to a decision (with the help of the Master of Novices) whether or not to become a religious by profession of vows. The formation team (personnel) of the house also votes on the conduct and attitude of the candidate to decide if he should be promoted.

I arrived around 7pm and there were roughly 100 gamers playing everything from dice games to Caylus, from Railroad Tycoon on a board the size of Montana to two men playing Memoir ’44, from a group of 6 playing an older paper-pencil based game to a small knot of younger guys playing some game involving tiny troll miniatures occasionally whooping it up with cries of dungeon explosions and cave jewels. I located the few people that I recognized from my first visit and managed to get in on a three-player game of Louis XIV. 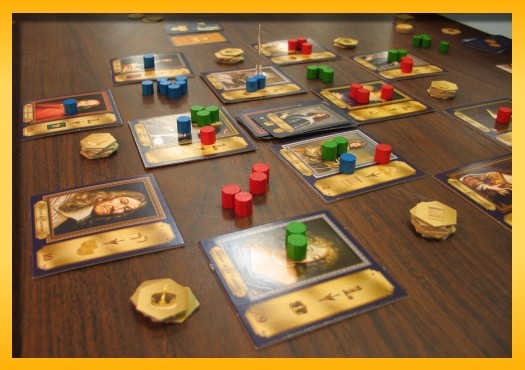 Louis XIV is a very enjoyable game by Rüdiger Dorn, produced by Alea and Rio Grande Games. My first taste of recalibration was the speed at which the rules were rifled off to me. I consider myself pretty good at picking up rules but I’m amazed at how fast people who have gamed a lot can pick up new rules. As I play more new games I have only recently been able to take aural rules and throw them into buckets and ignore the details of the words being spoken. For example, in Louis XIV, I saw an immediate resemblance to my ‘guys’ and El Grande’s treatment of caballeros in their provinces and their court. So in hearing the rules, I could throw hundreds of words into a few catch-phrases like, “guys are like El Grande”. Having played a sheer fraction of the games my table mates have played, this has to be what’s going on but at a higher plain than I’m even aware of. 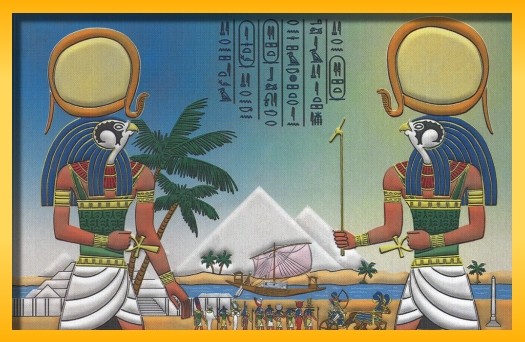 My second game for the evening was Reiner Knizia’s Ra. Ra was on my wish list for over a year and I never pulled the trigger on the purchase. Over time I lost interest in the game and took it off my list. It’s an auction/bidding game and I wasn’t sure whether I’d like it or not and didn’t want to spend the money to get a dud. I was pleasantly surprised with the game and would gladly play again. I felt some semblance of victory during this game since I came in 3rd of 5 rather than a distant last like I did in Louis XIV. Being able to play a game before buying it is where (I hope) my new membership will come in handy. CABS has a huge library of games available to members during the gaming night and for check out. I took advantage of the library system last night and checked out Louis XIV and hope to bring it to my normal game night this coming Monday.

Up next, was Inkognito. I was lost the entire game. I’ve never felt so utterly lost in a game in my life. I could perform the mechanics of my turn and I understood the goal but I could not for the life of me understand how to get there. The game is best summarized as Clue on nuclear steroids. The goal of the game is to determine which of the four players is your partner, which piece of the board represents the ‘real’ them, determine their secret mission assignment, and together you must meet the goal defined by both your secret assignments (which might require you to know almost as much about the opposing team) to make your team win. It’s a game of deduction, elimination, and precise record keeping. There’s no table talk allowed and you exchange information by giving others sneak peaks of cards you have in your hand when they run into you on the board. The information you exchange can be false to not expose too much information to someone who might not be on your team or it can be totally true once you’ve deduced who your partner is. Again, the players at the table seemed to have no problem deducing their teammate and by the end of the game, I wasn’t even sure who I was let alone who anyone else was. I would gladly play Inkognito again but I might need to attain some higher level of enlightenment to, well, get it. 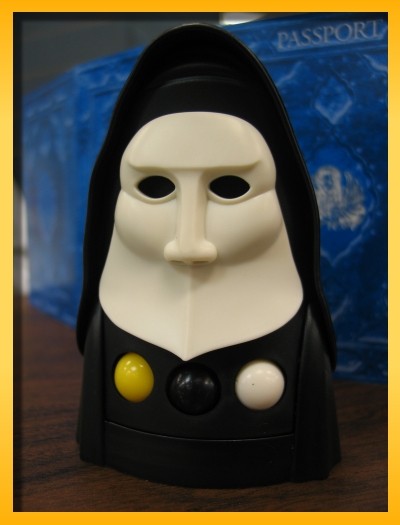 The one redeeming quality of the game was the ‘move roller’ mechanism that we dubbed ‘Nun-zilla’. You pick it up and shake it and then set it down causing three colored balls to fall into the slots determining what kinds of moves you can make during your turn. Neat!

My final game was my copy of Amazonas. I was the only one who had played it and felt confident teaching it to the other three. By turn three (of 18) I knew I was screwed. I ended up 3rd being blocked out of lower cost villages on my secret route card. There was no way to recover and I should have just bagged my route card and tried to collect as many specimens as possible. I’m not sure there was a single question about the rules through the entire game. I pride myself on how I approach teaching a game but even I know I’m not that good at it. I can only think that during my explanation they were throwing back little nuggets of “secret cards = Ticket to Ride”, “Tents in villages for increasing cost = Power Grid”, etc.

I really had a good time and look forward to going back (I didn’t even get home until after 2:00am). I am, in general, introverted and I really had to work up to going by myself into a group of unknown people that know a lot more than I do about games and would be better at playing them than I am. I can imagine Lisa is as amazed as I am that I actually went. Now, I’m off to read up on Louis XIV…