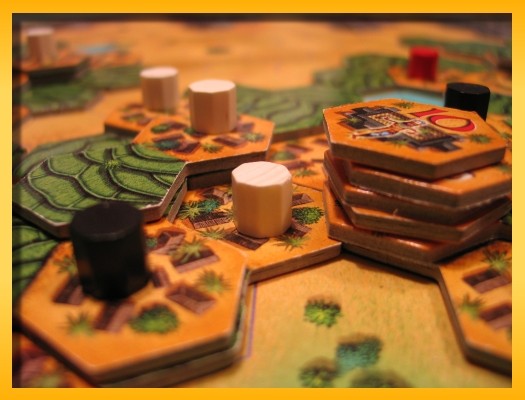 The AGN Late Show Jan 2006 Gallery is now available. I’ll take a shot at summarizing the evening but I’m really beat so forgive me if I’m not too coherent. 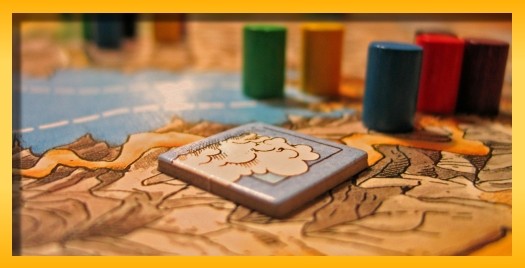 We started at 7pm and finished up at 7am and had at our peak, 10 gamers across 2 tables. I was really happy with the turn out, we had plenty of good food thanks to my wife Lisa and contributions from everyone that attended, and I think my house comfortably accommodated the crowd. 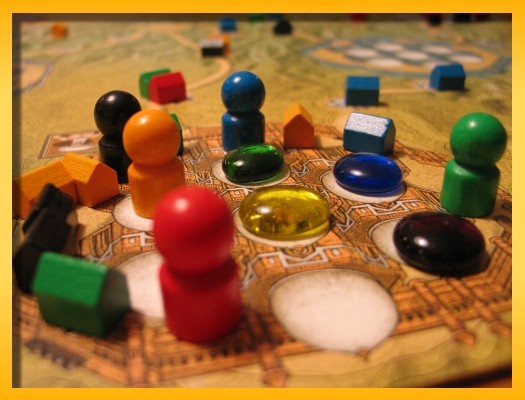 At some point in the night, some table was playing the following games:

Tim had to leave around midnight but we had nine until about 4am dropping us to six. Then at 5am we lost another and after a final game of Maharaja we closed down the Late Show, awarded two T-shirts from a random draw (Ken and Keith) and headed to Panera for some bagels and coffee. 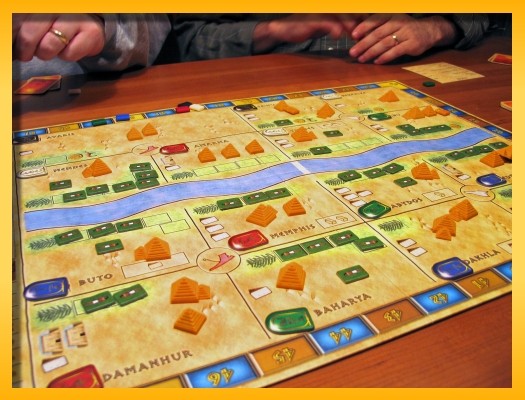 Overall I think the format of 7pm-7am works well but those last few hours are really hard. I think I’d rather spend an entire Saturday starting at noon and going until early Sun morning (2am or 3am) but I understand that devoting an entire day can be more difficult to schedule than just a Friday night. Given the low cost approach that we took it should be feasible to schedule a couple of these a year…if of course people are up for it. I had a lot of fun and I really look forward to another one. Of course winning at Amun-Re and Java in the same night tends not to hamper one’s spirits much…

One observation several of us had was that it’s amazing how many games you can’t play in 12 hours. What I mean by that is that even though you keep your head down and focussed on game play, it’s difficult to get more than five or six games in. I had big plans of playing at least six if not seven games but I was only able to get in five (Java, Elfenland, Terra, Amun-Re, and Maharaja) during the night. Some of it may have been that three of the games I’d never played before (Java, Elfenland, and Terra) but I’m hoping that it was mostly because we were just tired and playing slowly.