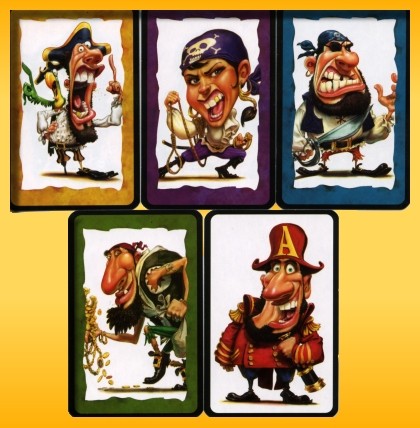 On my way home from work tonight I picked up a copy of Gamewright‘s version of Reiner Knizia’s Loot at the Giant Conglomerate Store that shall remain nameless. I had gotten a tip from BGG that they were carrying it for a good price.

Loot is a pirate-themed card game for 2-5 players that also can be played with teams for 4,6, or 8 players. The team rules seem a little odd and I’m going to poke around to see if I can find anyone that has played it that way before giving it a shot. For individual players, Loot looks like a fun albeit light game and it might make another good filler like Coloretto and 6-Nimmt.

The goal is to capture the gold in the holds of merchant ships indicated by the gold coins on the cards. Players play merchant ships in front of them and as play rotates around the table, the ship can be attacked by pirate ships played by other players. Other players cannot play a pirate ship of the same color but they can lay a pirate ship of another of the four available colors. As play proceeds, you pick up cards from the draw pile, attack merchant ships, or increase your position against an attacked merchant ship by playing the pirate captain or the admiral (on your own merchant ship). On your turn you can capture the merchant ships where you have the strongest position on the table. The last played pirate captain or admiral resolves ties. The game ends when the draw pile is gone and the first person is left with no cards in their hand. Count up the collected gold coins on your captured merchant ships and if you have the most…you win.

I think it might be more fun if we wear eye patches and talk with a piratey accent. 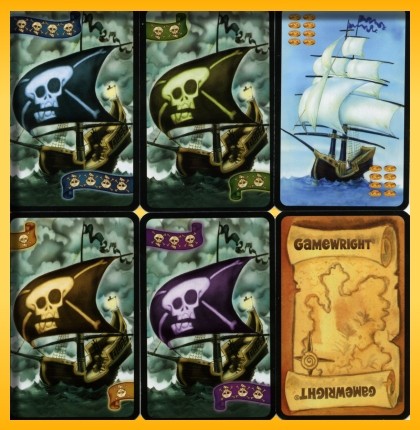