I taught Sophie El Grande this afternoon. I’d been meaning to teach her something new and she asked to learn a new one so opportunity knocked. Sophie liked the game and was fully able to grasp the mechanics. She said it would take her a little while to know how to play well but that’s certainly understandable. I’m glad to have taken the time to teach her such a great game, especially since I now have an opponent in the house that I can break out the oldies and the goodies on.

El Grande is an area control game. You ‘bid’ for turn order using power cards numbered 1-13. You are not allowed to bid the same as another player. Once all bids have been placed, each player takes their turn in the order of the bids (highest to lowest). The player bidding the lowest starts the next round of bidding.

On your turn, you first move caballeros from your provinces into your court according to the number indicated on your power card. You then decide which action card of the five available you wish to take and you then decide the order of the next two actions:

When scoring is triggered either by an action card or a specifically designated scoring round, you score the regions based on the number of caballeros present. First, second, and third places are awarded to those that have the first most, second most, and third most caballeros in the region.

The Castillo (the black tower) is also scored as a region with the added benefits that the number of caballeros is hidden and the caballeros move to another region before those regions are scored. If you have the most caballeros in the region designated by your Grande (your large cube) you get two extra points for the region. If you have the most caballeros in the King’s region during scoring you also get two extra points. The King and the Grandes can move during the game due to performing actions. 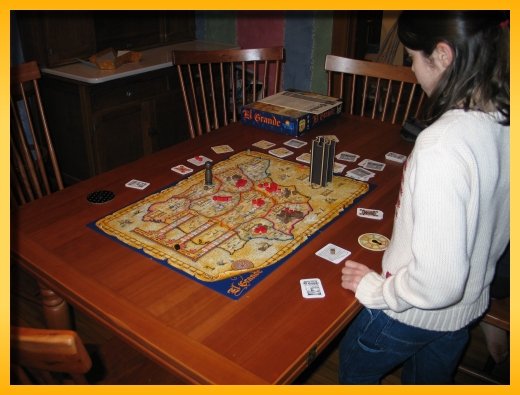 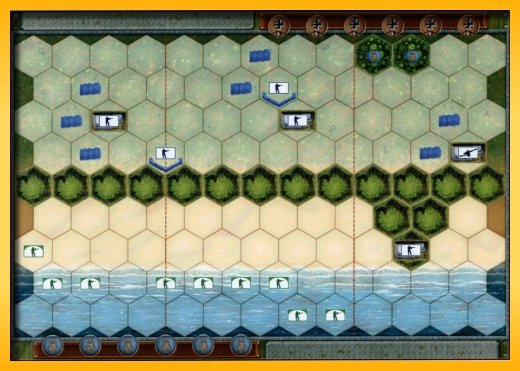 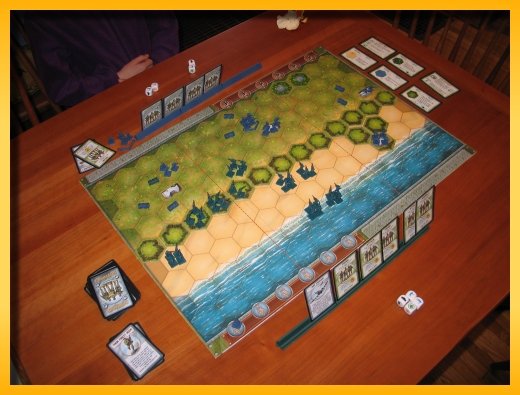 Sophie and I played the Pointe-du-Hoc scenario of Memoir ’44. I was playing the Allies and Sophie the Axis side. Early on I managed to draw 5 useless cards and was playing with only 1 usable card. Luckily I was able to defeat her from an ever softening left flank but it took quite a while. I was able to win 4 medals to 3. Good job Sophie. 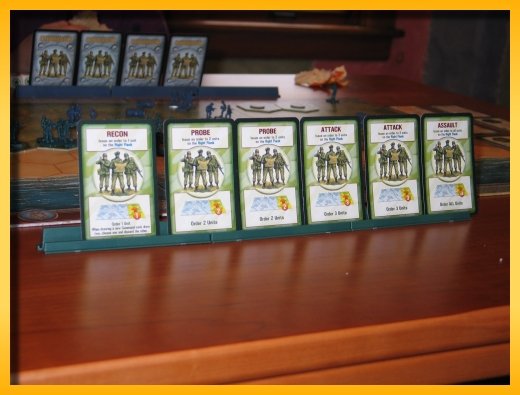 Here are my horrible cards with no units on my right flank. 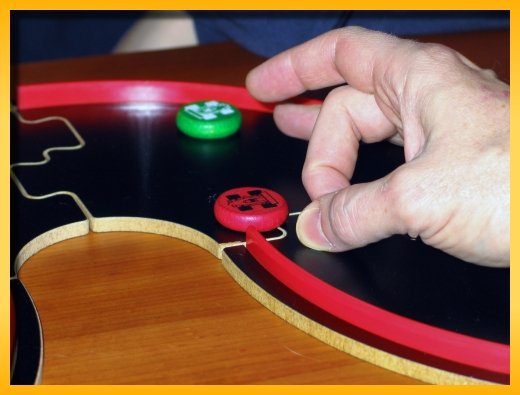 Before decking out the table for the feast we set up three different track layouts and the four of us had a fun time playing PitchCar.

PitchCar is a dexterity game where you lay out track segments into a ‘loop’ and you flick your ‘car’ around the track. The first player to cross the finish line after three laps is the winner. Your ‘car’ is a disk with the imprint of a race car on one side. If your flick causes your car to flip over your next move must only flip your disk back over. If you happen to flick your car off the track or cause someone else to be bumped off the track you must place your car back from the flicking point and you lose your turn.

We had a fun time laughing at mis-flicks, lucky flicks, and downright whiffs. I just wish the guard rails stayed in their grooves in the tracks a little better. I’d like to glue them in place but they won’t fit back in the box that way.

We held Analog Game Night for November 2005 tonight at my house. We had eight to start with but Keith had to take off early.

We started with two tables with Ken teaching Keith, Rich, and Paul Queen’s Necklace. I think Rich won that but since I wasn’t at the table I have no idea how that went or if the game is any good. Anyone want to comment on that?

While they played that in one room, Mat, Gus, Tim, and I played Himalaya at another table. Tim won that one. I like Himalaya but it does seem a little long. Maybe it’s because it takes a bit with new players to get the zen of it and programming your moves is slow at first. In any event, that was the first time I’d played it with adult opponents and it held my interest. I hope it doesn’t stay out of print.

While we finished up the last few rounds of Himalaya, Ken, Paul, and Rich played Coloretto. I think Rich won that one too.

Gus and Mat took off and I taught Tim the game of Hive and after that we all sat down to the slowest game of Bohnanza I think I’ve ever played. We decided to finish at 11pm since Paul had to go but we didn’t even make it once through the deck (almost though). Boy was that painful. Rich won that but it was only a partial game and I’d have been more than happy to give him the win on a silver platter if it would have been over sooner. 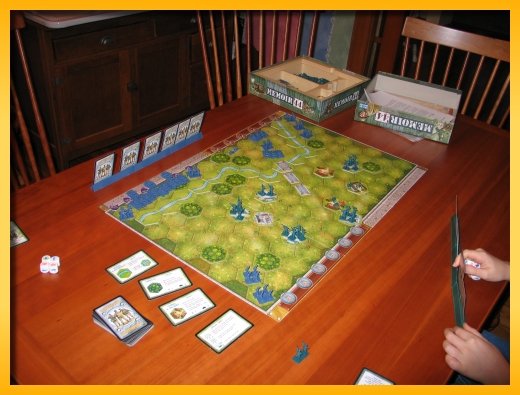 Noah and I had a go at the Arnhem Bridge scenario of Memoir ’44. I played the Axis side and Noah the Allied. His artillary gave me a pounding in the center section while I was concentrating on moving my right flank towards the center to be in a better position to make my assault over the bridge. However, my infantry in the north side of the river proved capable enough to defeat the forces in their respective sections. I never defeated Noah’s artillary but I was able to grab the necessary 5 medals. Noah did play an Air Power card that really took it’s toll on my Elite Tank units to the south of the river. 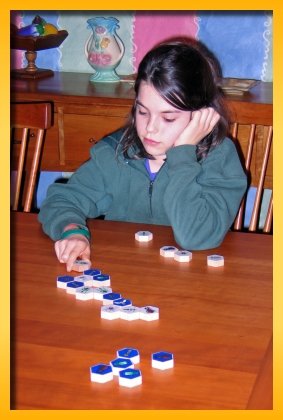 …Sophie, this is your brain on Hive…any questions?