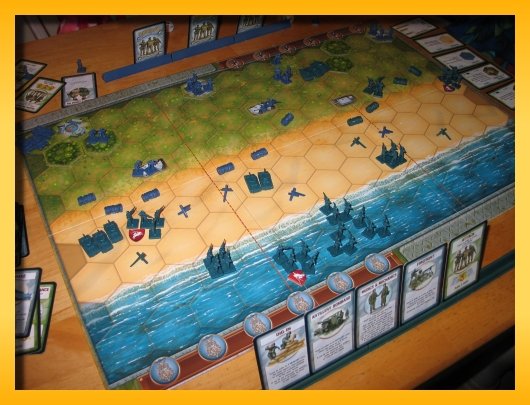 Sophie and I played the Sword Beach Scenario of Memoir ’44 again tonight. Last time, I could not defeat her bunkered artillary in the center section. But tonight was a rout with me winning 5 badges to 1. After surviving a fairly devastating Air Power attack midgame I was able to defeat her artillary after sweeping in from the right flank with armor, infantry, and British Commandos. 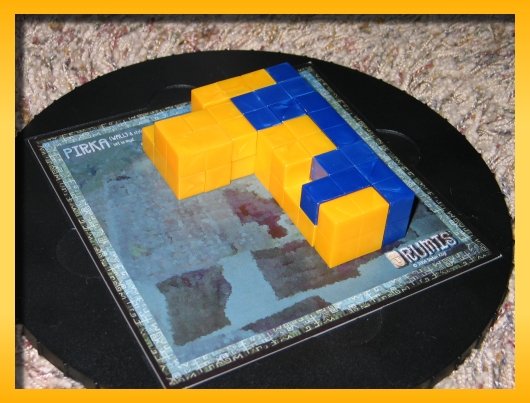 Noah and I had a go at a couple rounds of Rumis. In Rumis you take turns placing colored Tetris/Blokus shaped pieces onto a grid. The grid and height restrictions are defined by the chosen playing board. The only rules are 1) when you lay your piece, your piece must touch faces with at least one of your already positioned pieces and 2) you cannot create a hole or gap such that you can’t fill it by dropping a block vertically onto the structure. The winner is the player who covers the most top surface area. So at the end of the game, you have to look directly down onto the structure and count blocks of each color.

Rumis is a great game for winding up the evening and it’s easy to get several quick games in. 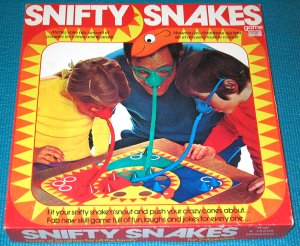 Pulled from a recent BGG geeklist comes this dexterity game for those without colds! The little poem at the bottom of the box is great.

Fit your snifty snake’n’snout and push your crazy cones about…
Fab new skill game full of fun, laughs and jokes for everyone…

You can read more about Snifty Snakes on BGG. I would think that being a spectator would be more fun than actually playing! 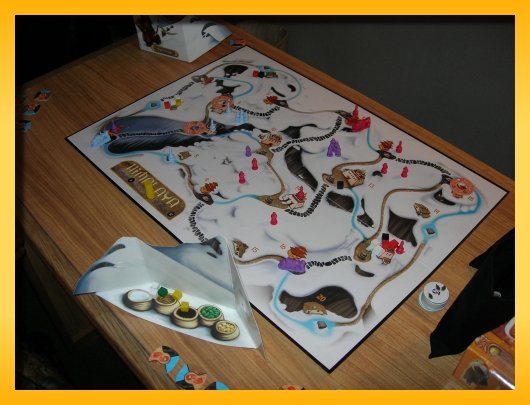 I love buying new games but I have to admit, I can’t stand waiting for them to arrive.

For quite a while I’ve been intrigued by the game Himalaya. The game was originally freely available for download in a “make and play” format but Tilsit picked up the game and is producing copies and, understandably, the free downloads stopped. I ordered a copy and I’m now watching the package move across the United States at a snail’s pace. Being able to track your package online is one of the greatest yet simultaneously most mind numbingly stressful feature of today’s online experience.

What do you mean it left Harrisburg PA! It’s been in PA for 3 days now!

Anyway, when the game arrives I’ll have much more to say and some pictures to share but in the meantime, I’m dying over here! 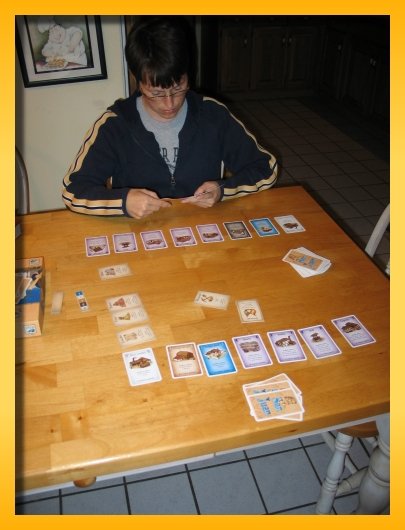 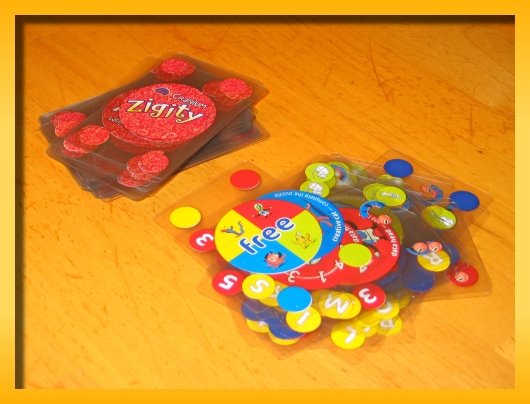 Sophie and I played three hands of Cranium Zigity tonight. The game is a simple turn taking game where you try to get rid of all of the cards in your hand. The top card on the discard pile drives what your opponent must do when they play. There are several actions that your opponent might be forced to do:

If you cannot play you must draw a card or cause your opponent to Draw 2 or Draw 3 cards. There are also Free/Wild cards, Dodge, and Bounce cards that can be played to fight off being forced to draw cards.

Cranium Zigity is a light game good for waiting until it’s time for bed when you’ve only got a few minutes. The nifty transparent cards are somewhat of a gimmick but they do make the game look pretty neat. 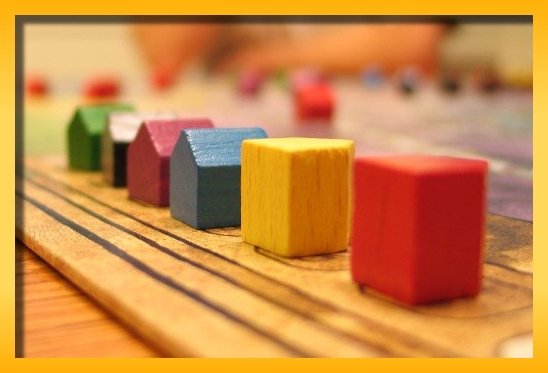