Since Sophie wanted to play the 2-person Alhambra, Noah decided he wanted to play Rumis with mom. So Lisa and Noah played in the family room while Sophie and I played at the kitchen table. I wasn’t expecting much but I am surprised at how much I like Alhambra as a 2-person game. The game moves a lot faster and it feels like you’re really in control of your destiny. Neither of us bought any buildings for the phantom player but he did have some pretty lucky draws for Garden, Tower, and Chambers that I was fighting against. 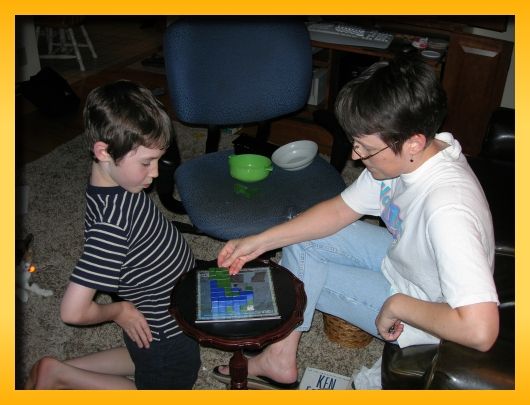 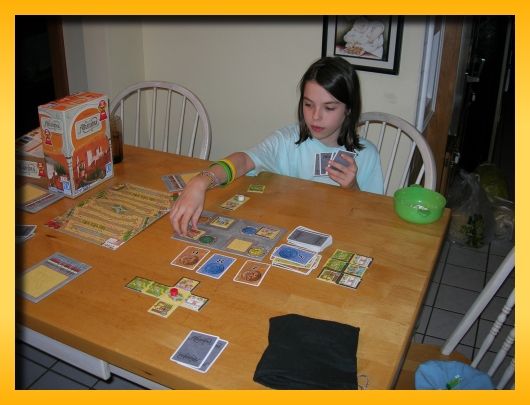